Activists gather outside the White House in Washington, Thursday, June 1, 2017, to protest President Donald Trump's decision to withdraw the Unites States from the Paris climate change accord. 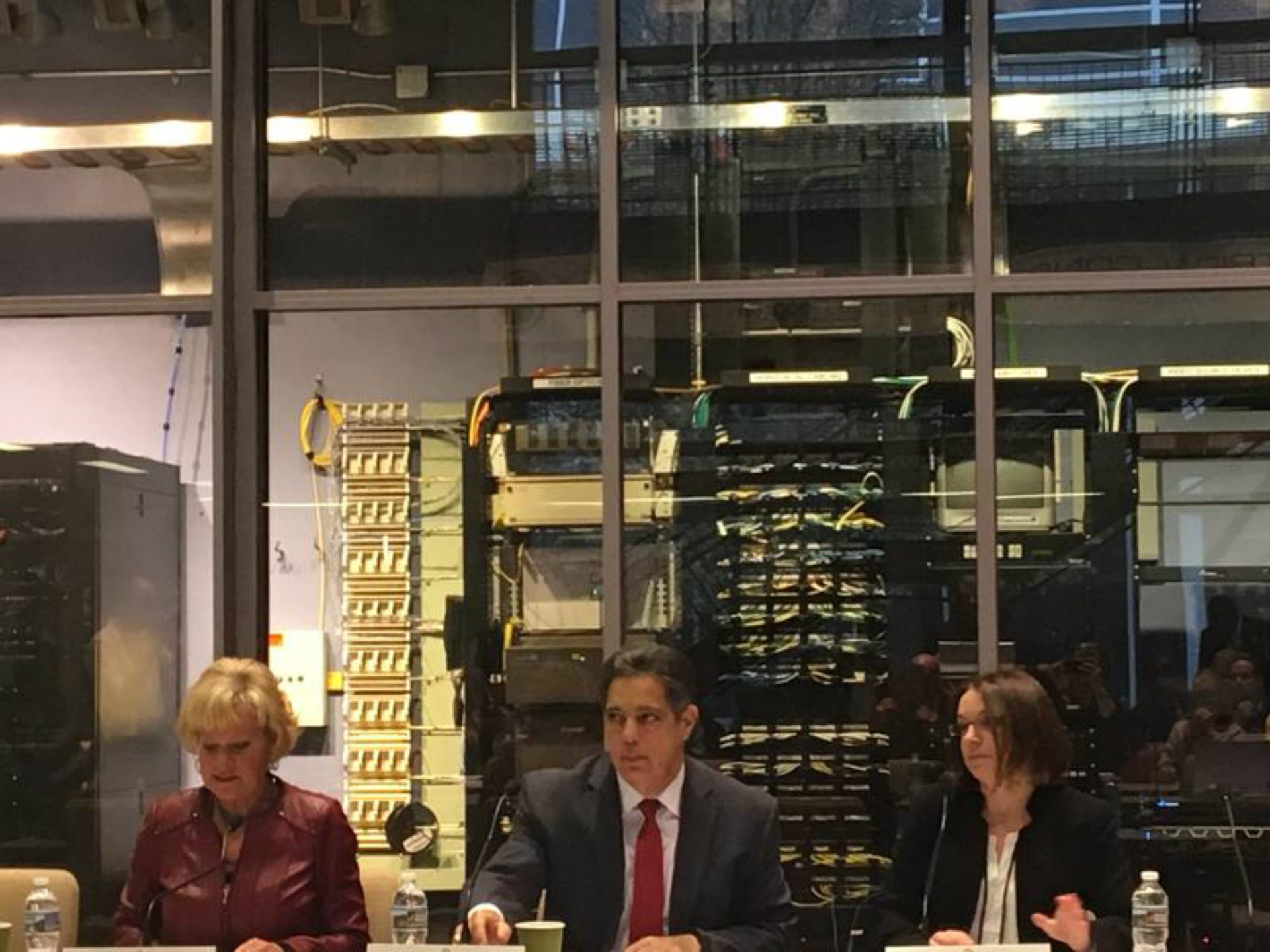 The Trump administration decided to roll back President Obama’s clean power plan in August. That plan was announced in 2015 and was called the “single most-important step” the United States had taken in fighting climate change.

In the aftermath of the Trump administration’s change, Pennsylvania lawmakers met Wednesday to find legislative climate change solutions at the state level.

“We cannot ignore scientific fact, and allow baseless fear to compromise how we address the very serious threat of climate change,” said state Senator Lisa Boscola. “With our federal government sitting it out for the time being, it’s even more important that state and local government step up and take on these challenges.”

Boscola said she wants Pennsylvania to reduce dependency on non-renewable energy to zero by 2050.

Boscola (D-Lehigh), Wayne Fontana (D-Brookline), Jay Costa (D-Forest Hills) and senator-elect Lindsey Williams heard from state regulators and environmental groups, who explained the health and environmental impact of climate change and talked about useful legislative policy the senators can take to mitigate the effects of climate change that have already impacted the state.

“Like every state in the country, Pennsylvania has already begun to experience adverse impacts from climate change, such as flooding, heat waves, and drought,” said George Hartenstein of the Pennsylvania Department of Environmental Protection. “These impacts could alter the many fundamental assumptions about climate that are intrinsic to the Commonwealth’s infrastructure, governments and businesses. For example, bridges are designed for certain flooding return intervals, energy systems are designed for certain temperature ranges, farmers plant crops suited to historical climate conditions, and communities are planned around historical floodplains.”

Lawmakers also heard from the coal industry, who said renewable energy sources are not reliable.

“Coal has created good, it has transformed society, and we should have a forward looking, long-range perspective that understands that fossil fuels, including coal, are the key to prosperity,” said Rachel Gleason, Executive Director of the Pennsylvania Coal Alliance.

Gleason said that the Pennsylvania Coal Alliance believed the Obama administration’s Clean Power Plan was “a dramatic overstepping of the [Environmental Protection Agency]’s legal authority under the Clean Air Act.”

Gleason said renewable energy like wind and solar power is not reliable and secure as coal.

Senator Fontana asked Gleason if coal could ever be a clean source of energy.

“The elephant in the room to me is the trade off,” said Fontana. “I mean, we’re here talking about clean air, clean water, those kinds of things…where is it that the coal industry is going to make that happen?”

“I mean, I’m not a climate scientist,” Gleason responded. “But I think ‘clean’ is a debatable word as far as safe. If you look at our sulfur-dioxide emissions, they have decreased exponentially since 1980, they’re at safer levels than they were in 1980 … I think there’s a need to focus on what is safe, and how we can focus on technologies that support electric generation that helps our society move forward.”

Gleason said she does not believe the end goal should be a zero-emission power grid or that such a plan could be accomplished.