In this Sunday, July 8, 2018, photograph, 2018 Model 3 sedans charge while on display outside a Tesla showroom in Littleton, Colo. 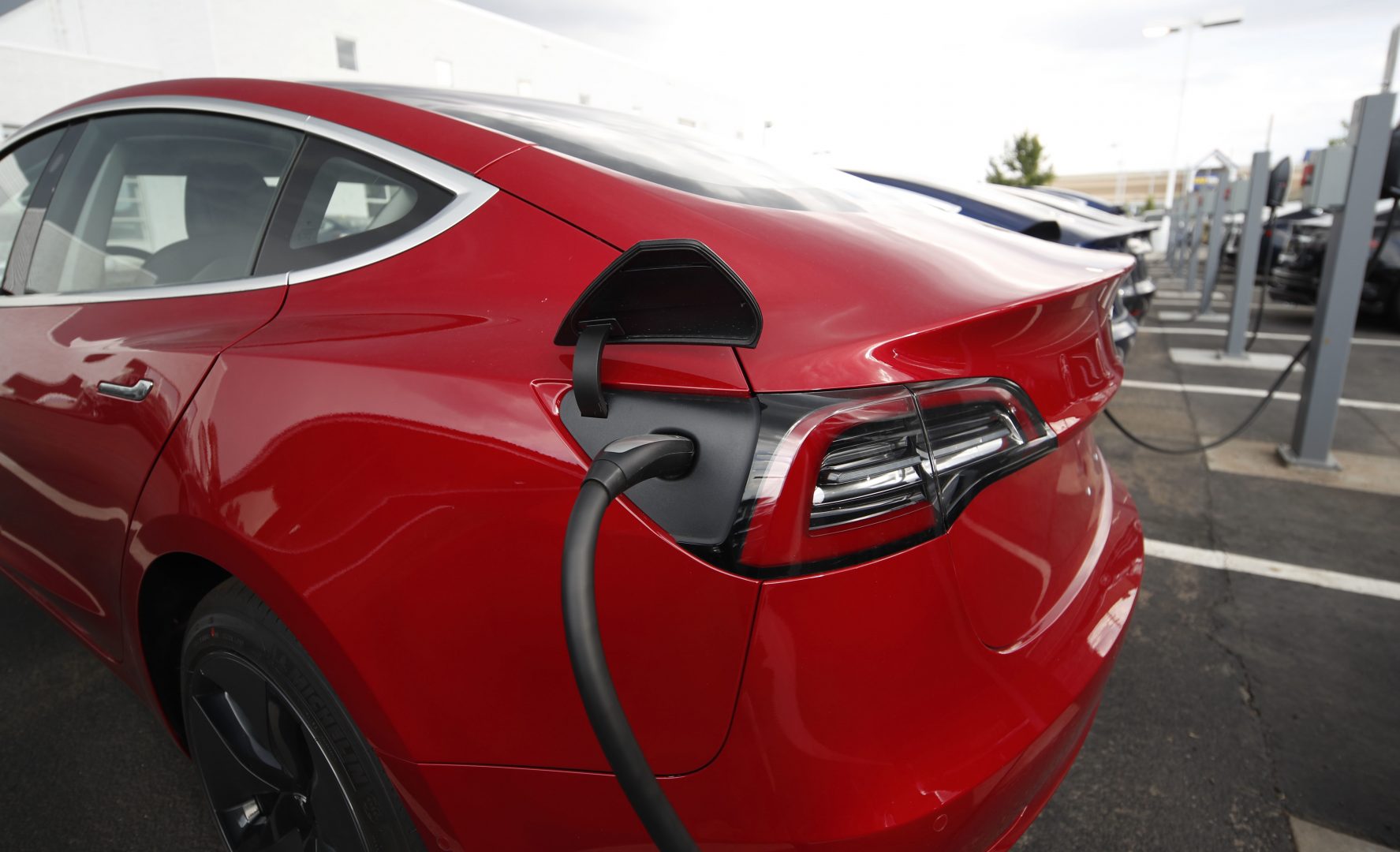 In this Sunday, July 8, 2018, photograph, 2018 Model 3 sedans charge while on display outside a Tesla showroom in Littleton, Colo.

Pennsylvania utility regulators approved a new policy aimed at clarifying rules about how power is resold, in an effort to promote investment in public electric vehicle charging stations.

The Pennsylvania Public Utility Commission began looking into the issue earlier this year, after questions were raised around whether existing rules could unintentionally limit public charging stations.

Speaking Thursday at the 3rd annual Regional Executive Energy Summit in Hershey, PUC Chairman Gladys Brown said the existing rules were established before the rise of electric vehicles and were designed to protect tenants from being overcharged for electricity by their landlords.

She proposed the new policy statement earlier this year, which the commission unanimously approved Thursday. It clarifies that third-party electric vehicle charging is providing a service to drivers, and will not be considered a resale or redistribution of electricity, subject to pricing requirements.

“As it relates to electric vehicles, it would not be considered—in terms of a charging station—as resale or redistribution of electricity,” said Brown. “We wanted to remove that barrier, if someone interpreted it another way.”

As electric vehicles become more popular with consumers, policymakers are figuring out how to ensure the charging infrastructure is in place to support them. September 2018 was the 36th month of consecutive year-over-year monthly sales gains for plug-in vehicles, according to InsideEV, a firm that tracks and promotes electric vehicle use.

A bill proposed last year by Rep. Marguerite Quinn (R- Bucks) is aimed at promoting the growth of Pennsylvania’s charging infrastructure. So far, HB 1446 has not advanced.

Pennsylvania lags many other states when it comes to electric vehicle charging infrastructure. It currently has 1.16 fast charging ports per 100,000 people– less than neighboring states, like Delaware and Maryland, which have 3.89 and 2.89 respectively. Vermont, California and Hawaii lead the nation with the most ports per capita, according to data compiled by the Georgetown Climate Center.

Time spent charging and vehicle range depend on the kind of car and the kind of charger it’s connected to. Both Level 1 and Level 2 charging stations deliver household electricity to the vehicle. Level 1 is akin to a typical wall outlet, while Level 2 is like what’s needed for a clothes dryer or electric stove. Level 3 DC (direct current) fast-charging is much more expensive and powerful. It could be compared to a gas station, where drivers can “fill up” their electric vehicle in a relatively short period of time.