Disposal well near Pittsburgh gets a hearing 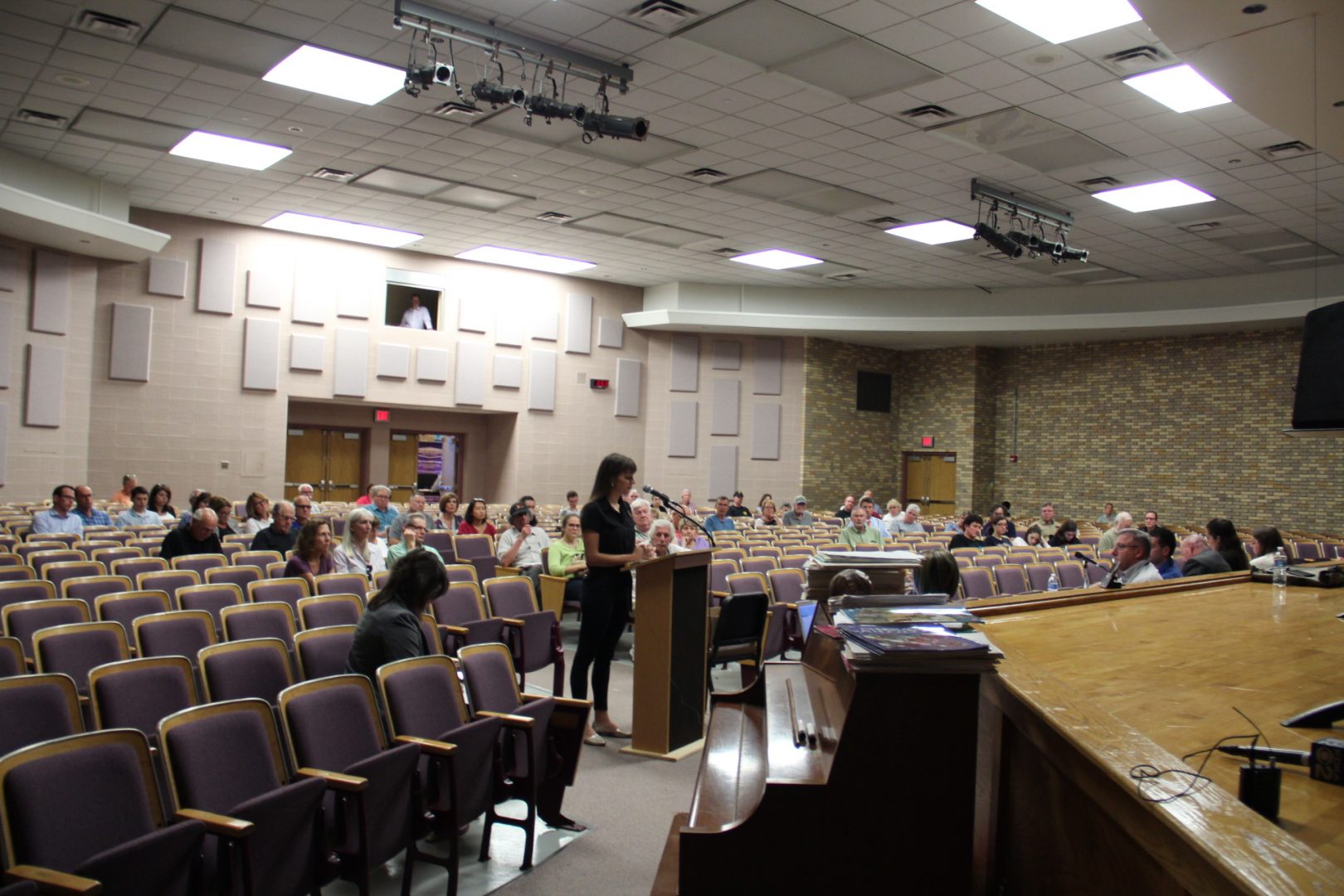 About 60 people came to a Pennsylvania Department of Environmental Protection hearing on the facility held at a local middle school. The well would dispose of over 25 million gallons a year of fracking waste, which contains radioactive material, salts, and heavy metals.

That had many speakers at the hearing worried.

“This is a highly populated area and a unique location to put something such as this type of industrial development in such close proximity to residents of the borough,” said Michelle Naccarati- Chapkis, a Plum resident and executive director for the group Women for a Healthy Environment. Naccarati-Chapkis said she’s worried about the possibility for water contamination from spills and leaks, air pollution from as many as 500 truck trips a month to the well, and induced seismic activity.

The U.S. Geological Survey has linked an uptick in earthquakes in Oklahoma to oil and gas wastewater injection wells in that state, at distances up to 10 miles from the site of the disposal well.

Earthquakes in Ohio have been linked to deep well injection, and one in New Castle, Pennsylvania was linked to fracking.

Ben Wallace, of Penneco Environmental Solutions, said injection wells can cause earthquakes. But he said his company’s well isn’t likely to do this because of local geology. The well will be 1,900 feet deep, much shallower than the wells in Oklahoma and elsewhere that have triggered earthquakes. He also said the proposed well wouldn’t be putting enough fluid underground to start an earthquake.

“You need very, very high volumes” of waste to induce earthquakes, Wallace said. “While this well is permitted for 54,000 barrels a month, that’s actually a very low volume well in terms of wells that produce seismic activity.”

The facility received an underground injection permit from the EPA earlier this year. The permit requires the company to monitor groundwater nearby to ensure that the waste does not contaminate underground drinking water sources.

The Department of Environmental Protection will hold an open comment period for the facility’s state permit until Oct. 8.