Rising sea levels could affect your flight. Airports at water’s edge are trying to make sure they don’t | StateImpact Pennsylvania Skip Navigation

A plane takes off from Philadelphia International Airport, located near the Delaware River.

Rising sea levels could affect your flight. Airports at water’s edge are trying to make sure they don’t 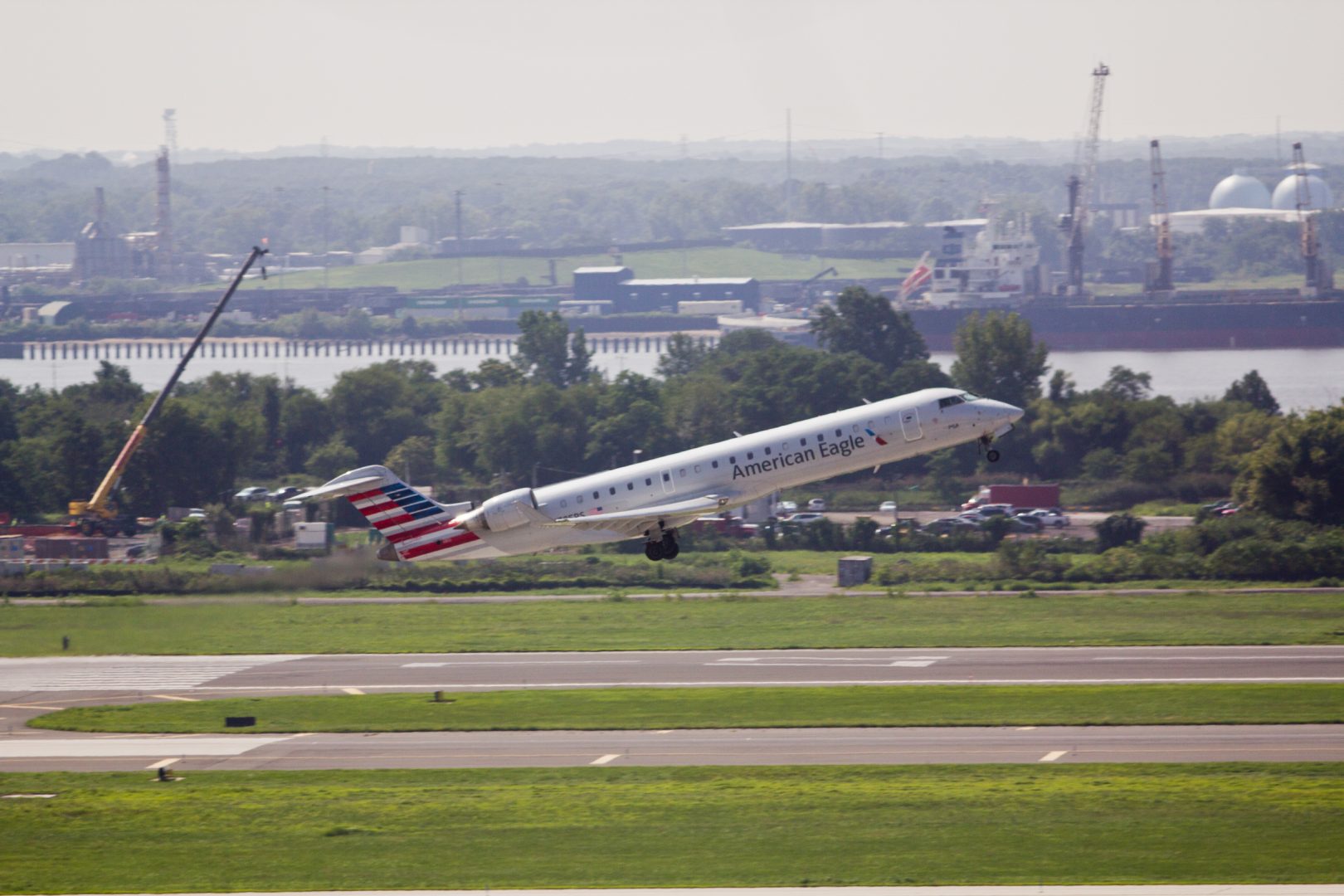 A plane takes off from Philadelphia International Airport, located near the Delaware River. 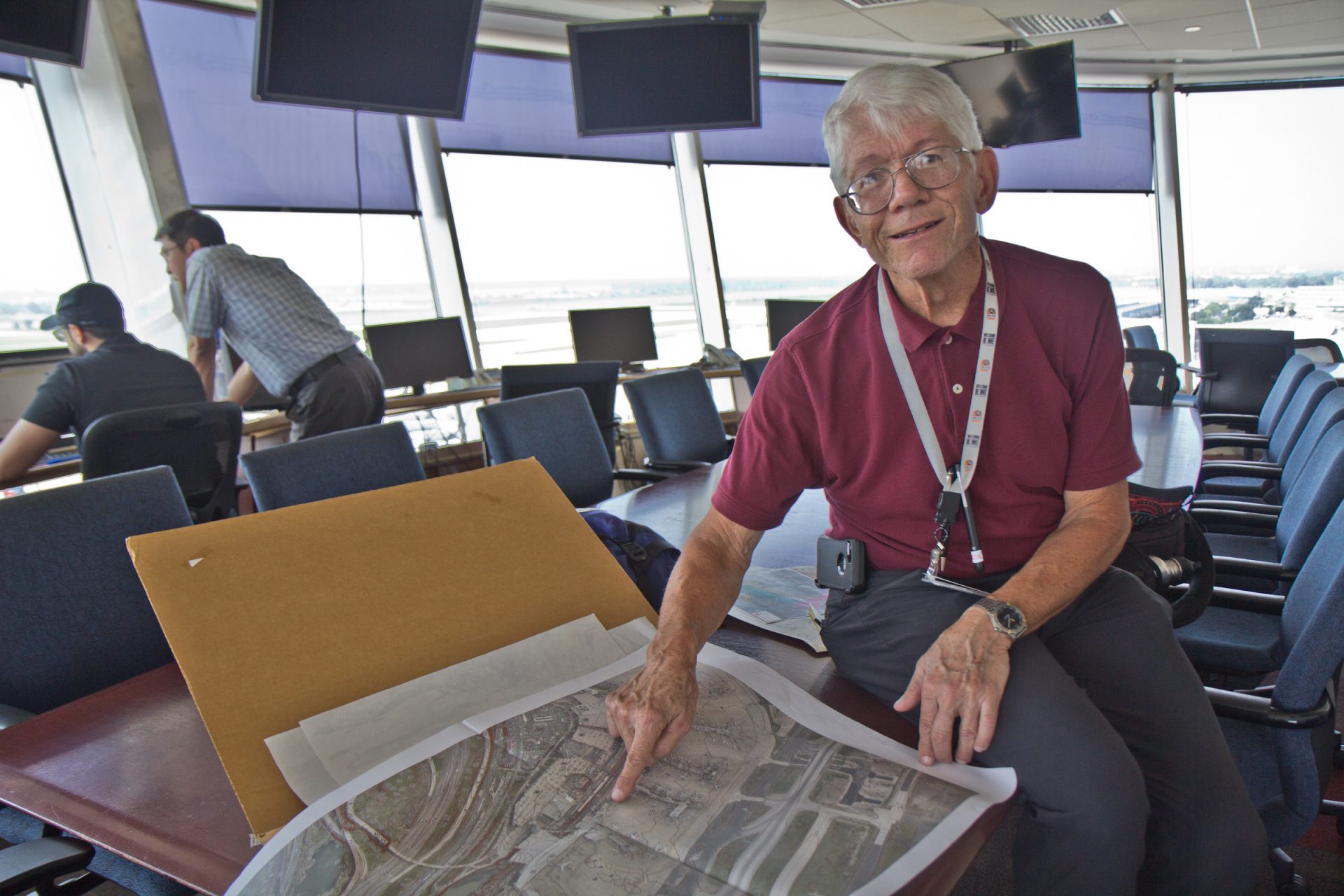 Raymond Scheinfeld is the Airport Environmental Manager at Philadelphia International Airport. He points to maps that show how the airport was built on a marsh.

Airports along the Carolina coasts shut down in anticipation of flooding from Hurricane Florence, and by late last week, more than 1,500 flights had been canceled as a result of the storm.

Climate scientists, city planners, and engineers say flooding at coastal airports and flight disruptions will become more common as sea level rise, rain events and the accompanying storm surge worsen. And increasingly, it won’t necessarily take a major tropical storm to shut down an airport.  A federal report lists Philadelphia International as one of 13 major U.S. airports that have at least one runway below 12 feet of current sea level. By mid-century, some of those runways could be underwater.

Philadelphia International’s major runway is about 260 yards from the tidal Delaware River, and sits about 8 feet above sea level.

From the ramp tower of Philadelphia International, 120 feet above the runway, it’s easy to see how vulnerable the airfield is to sea level rise: It’s surrounded by water. The John Heinz National Wildlife refuge, a wetland, sits behind it; the Darby Creek and the Schuylkill River empty out into the Delaware nearby. There’s also Mingo, Eagle and Church creeks, all part of the area’s drainage system that feeds the Delaware river and Delaware Bay. It’s tidal, meaning the water level rises and falls 6 feet twice a day all the way up to Trenton. 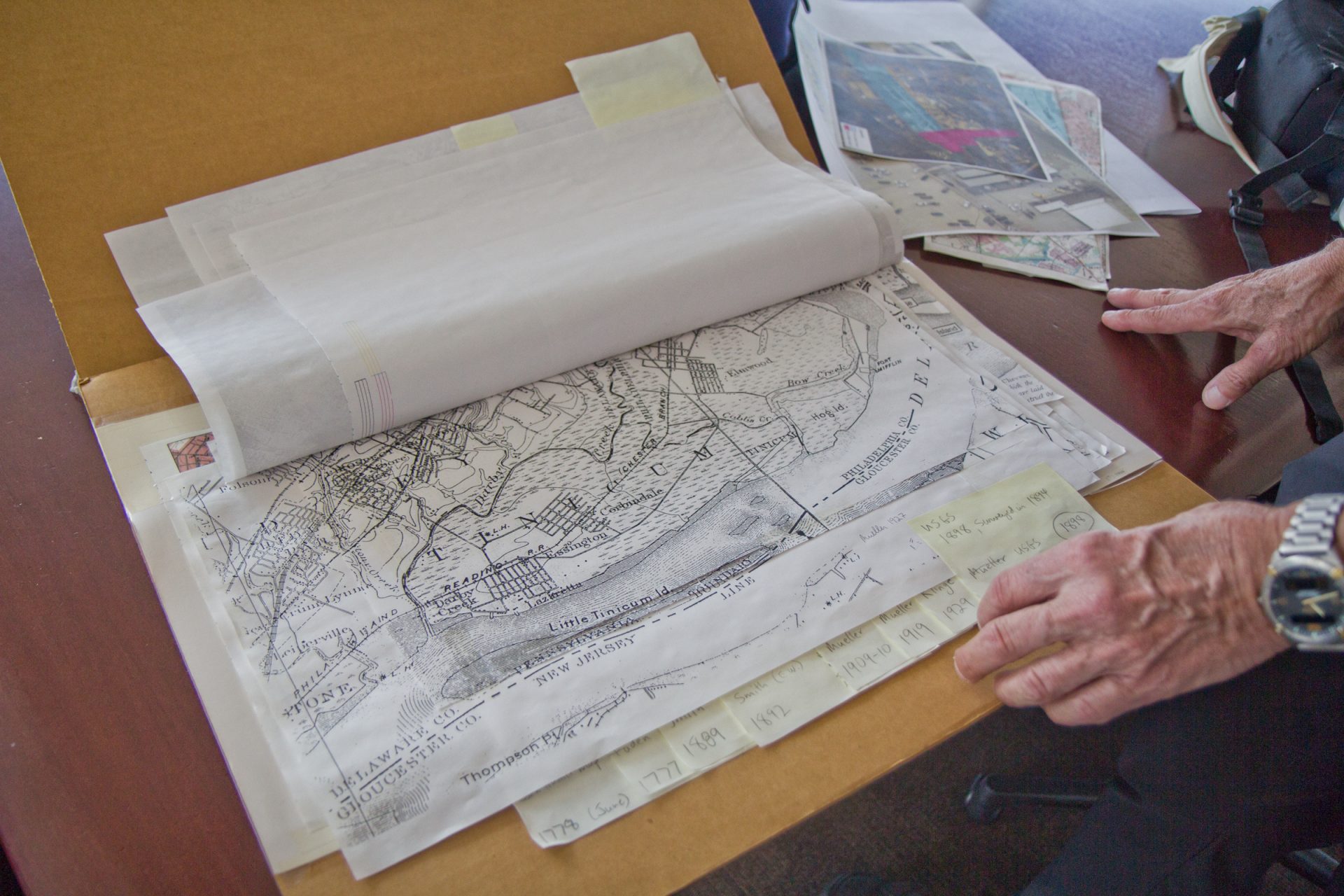 An 1898 map of the land the Philadelphia airport was built on shows creeks and streams that have been diverted.

Ray Scheinfeld, planning and environmental services manager for the city’s division of aviation, is in charge of preparing for rising sea levels at the airport. He has an impressive map collection, which he uses to illustrate the terrain that sits beneath the airport.

In the 1800s, this land became fertile farmland. Residents also hunted along the waterways. But today, many of the creeks have been diverted and filled in. Like a lot of airports, Philadelphia International was built on marshy swamp and landfill. Scheinfeld says airports needed large tracts of land convenient to cities, but far enough away from homes and tall buildings, and that meant building on coastal wetlands.

Now, those airports are threatened.

In 2012, the city was spared from the most destructive impacts of Superstorm Sandy. But the storm spilled more than 100 million gallons of seawater into New York City’s LaGuardia airport, shutting it down for three days.

Raymond Scheinfeld Philadelphia Airport Environmental Manager, shows how sensitive electrical equipment can be protected from floods at the airport.

Scheinfeld says if an airport shuts down, that not only leaves passengers stranded, but also prevents delivery of crucial items like medicine or emergency services. It could cost millions of dollars in revenue for the region.

Outside terminal A East, where airplanes taxi by and baggage handlers toss luggage onto carts, Scheinfeld points to the most critical infrastructure — electric power stations.

That means crucial things like air conditioning in the terminals, and baggage conveyor belts — which, at Philadelphia International, are about 15 feet underground.

After baggage handlers unload luggage from the planes, they take them down tunnels beneath the terminals. This is where the work begins to get luggage to passengers waiting in baggage claim upstairs.

In 2013, a storm flooded the tunnel serving terminal A east with three feet of water, shutting down the baggage belts and inundating an electric substation. It knocked out all the power in terminal, and resulted in about 12 canceled flights. Scheinfeld explains a new method installed after that storm to keep out water – stackable aluminum barriers that seal the doors to the substation and protect the power.

“And if we know a storm is coming or there’s a potential problem, we can insert those [against the doors] and protect probably up to about 40 inches above the floor level, keeping water from getting into the substations.”

An aerial view of the Philadelphia airport.

Airports across the country are working to solve the same problems.

La Guardia, which has a perimeter dike that failed to protect it from the flood waters of Superstorm Sandy, was built on a former ash dump. Boston’s Logan airport has raised its electrical equipment, and purchased new flood barriers. San Francisco’s airport has runways that jut out into the bay. They’ve already installed concrete berms and walls and are working with the Army Corps of Engineers to do more.

“You know if you’re talking about airports on the edge of the sea, the most likely thing you would think to do is build a higher wall around that airport,” Freudenberg said. “But there is a point at which you can’t build a wall so high that an airplane couldn’t clear it. So this is a tricky thing with airports.“

Freudenberg says the problem will only get worse as the planet continues to warm, and seas keep rising.  A recent report by the organization predicts that in just 30 years, Teterboro airport in north Jersey could be under water.

Josh DeFlorio, chief of resilience and sustainability at the Port Authority of New York and New Jersey, says the RPA’s conclusion on Teterboro airport is “overly pessimistic.” But DeFlorio says sea level rise will be a greater challenge for the authority’s five airports later in this century.

“Our concern is about the potential for sea level rise to exacerbate storm surge, which is already a risk at our facilities,” he said. “If you look at public floodplain maps, most of our facilities especially LaGuardia and Teterboro are in current Special Flood Hazard Areas. And that’s just a reality of being situated in a coastal region and one where obviously there’s not a whole lot of excess land where you can site a modern airport.”

Planes are preparing for take off at the Philadelphia International Airport located near the Delaware River.

DeFlorio says minor storm surge events that don’t cause problems today will be more significant in the future because of sea level rise.

“Because the drainage that currently exists now when an airport that used to get x number of feet of snow, but now is getting the equivalent in rain,” she said, “that is in some cases overwhelming or challenging the existing drainage system.”

“As it’s wetter than they’ve been used to, worms are infesting the runways. One airport in particular had not had that problem, and now climate change [brought] a worm infestation.”

Correction: The original version of this story misstated how many airports have runways that are within 12 feet of sea level.