Johnstown’s comeback could get an energy boost from the sun 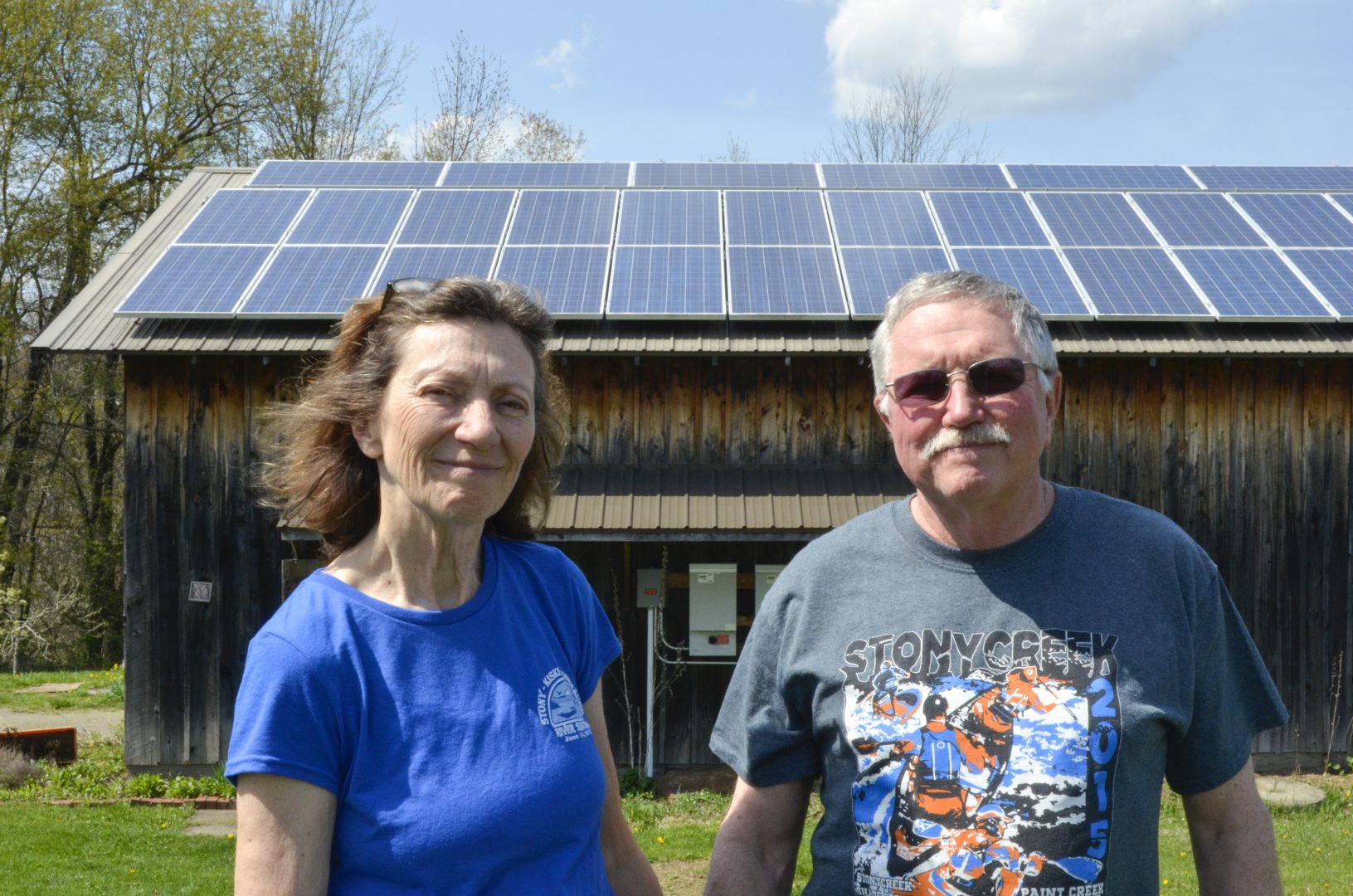 Steel mills and coal mines once powered the economy of the Laurel Highlands. Amid the collapse of those industries, some Cambria County residents are looking to build jobs around clean energy to help revitalize the region.

Sitting on a bench in the middle of Johnstown on a warm spring day, Alan Cashaw explained why he’s part of this effort.

“We have four robust seasons here,” he said. “It gets really hot when it’s hot and it gets really cold when it’s cold, and both of those draw on utilities.”

Money is tight for many in this community of 20,000. It’s the hub of Cambria County, but it’s plagued by job losses and a drop in population. 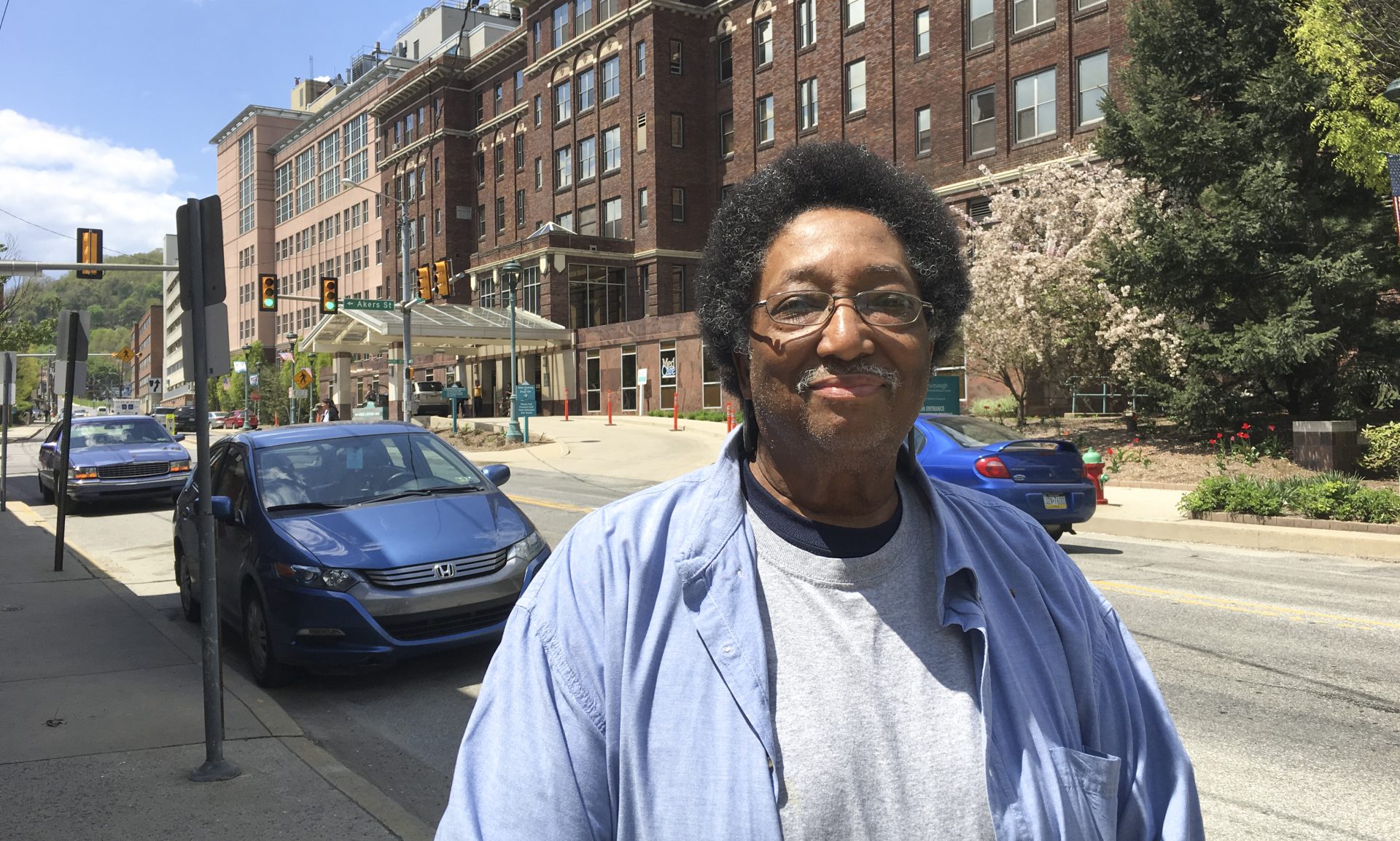 Alan Cashaw is head of the Johnstown branch of the NAACP and one of the leaders of Re-energize Johnstown.

Cashaw, a retired chemical engineer, heads the local branch of the NAACP. One of the pillars of his group is economic sustainability.

On that note, he’s been cooking up an idea: He calls it a grassroots solution to help the local economy by freeing up money people spend on utilities so they can buy other things.

Cashaw has worked on this with another resident, Tom Schuster. They’re calling it “Re-energize Johnstown,” part of a broader effort to reinvent the community as industry jobs wane.

“I think a lot of people were focused on how do we bring that back, and I think there’s finally a realization that it’s not going to go back to the way it was,” Schuster said. “For us to thrive, we have to go a different path.”

Schuster works for the Sierra Club, but he spends a lot of free time focused on this initiative.

“There’s a lot going on in terms of economic development and jobs in the country and in the state on clean energy, but not as much here,” he said.

Schuster and Cashaw have two goals under Re-energize Johnstown. One: to promote energy efficiency by helping residents with home upgrades. 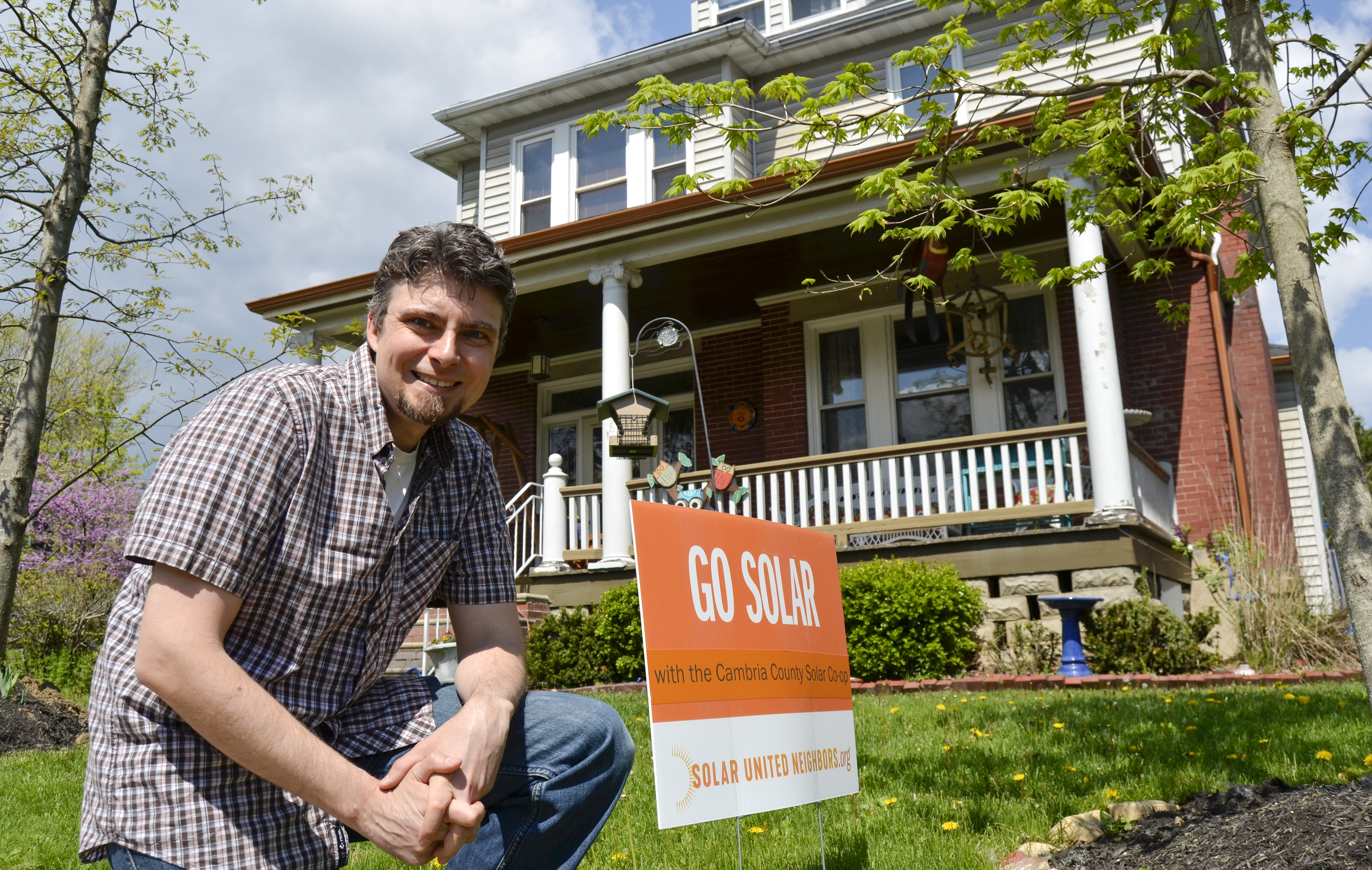 Johnstown resident Tom Schuster says several neighbors have inquired about the solar co-op since he put this sign in his yard.

The other is reflected on the sign in Schuster’s yard that says: “Go solar with the Cambria County solar co-op.”

The co-op is a partnership with Solar United Neighbors. Pennsylvania program director Henry McKay just held a meeting in Johnstown to jump-start the group. Fifty people came, and there was a lot of enthusiasm, he said.

Solar United Neighbors has developed a model used across nine states to bolster solar energy within communities. In western Pennsylvania, it’s already launched three co-ops, including the one targeting Cambria County residents. Each co-op looks for a commitment from at least 20 people who go in together for bids from installers.

“There are better financing options out there that let you essentially borrow money to pay for the cost of installation and then pay back that loan with your energy savings,” McKay said. “So that means it’s increasingly affordable for a broader swath of incomes.”

Plus, installation prices are falling as the technology advances, making it more accessible to the average American family.

Cashaw plans to put solar panels on his rooftop through the co-op, to set an example along with the other members.

It creates the momentum people need to see, he said, and they’ll ask, “How come I don’t have that?”

Retired science teacher Rick Bloom already has solar panels in place. He’s given a lot of tours of the system on his family farm a half hour to the north, near Ebensburg.

He’ll walk them over to the inverters, which convert the current generated from the solar panels installed on the roof of his barn in 2011.

Those panels produce most of the electricity his house needs.

But, he said, that alone won’t solve the region’s economic woes. He said other efforts like improving recreation and cultural opportunities will also play a role, along with cleaner energy.

Curious about an energy or environmental issue? Ask StateImpact Pennsylvania