Judges OK Consol plan to mine beneath Greene County stream 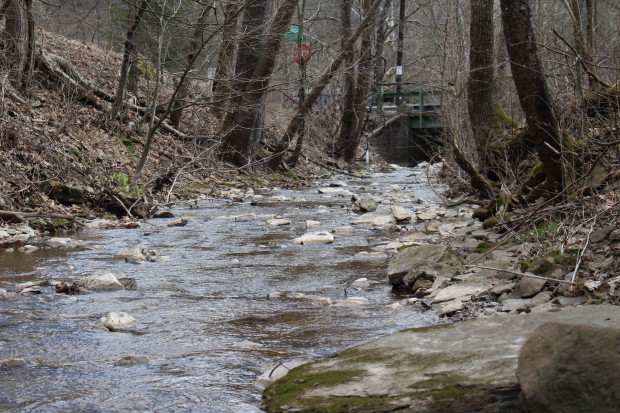 After Consol Energy’s plans to mine beneath streams inside a state park in Greene County were rejected twice in court last year, a panel of Pennsylvania judges gave its latest plan the go-ahead.

The Environmental Hearing Board ruled a Department of Environmental Protection permit for Consol to conduct longwall mining on a 700-foot long section of Polen Run was supported by the evidence. The board rejected an appeal of the permit by two environmental groups.

The Center for Coalfield Justice and the Sierra Club argued that longwall mining would damage the stream by causing ground beneath it to fall in. The company said that it could fix any cracks in the streambed with grouting.

In past decisions, judges on the environmental hearing board ruled against the DEP’s permits, at one point saying they would allow the company to “essentially destroy” the stream.

This time was different. The panel wrote in an opinion signed by Judge Thomas W. Renwand that updated data “and other evidence presented … supports the Department’s issuance of the permit revision.”

The environmental groups argued that Polen Run was already being affected by loss of water because of mining beneath it in other parts of the stream. In longwall mining, large machines shear off long sections of rock. The technique can cause the ground above it to fall in, or subside, which can cause problems for buildings and waterways on the surface. Cracks open up in the streambed, and streams can lose water to those cracks.

The judges agreed that “there is at least some likelihood that Polen Run will experience some degree of temporary flow loss.”

But they said new evidence submitted by the company and the DEP showed that nearby streams  damaged by longwall mining “have evidently recovered” because of Consol’s improved restoration techniques, which include grouting any cracks it creates.  A DEP engineer testified that “should any flow loss occur, the restoration techniques will successfully restore the stream.”

“Families in our region deserve to enjoy fishing and other recreational activities in and around Polen Run as they’ve done for generations. We are continuing in our efforts in the reinvestment and rebuilding of Ryerson Station State Park,” she said in an email.

Consol spokesman Zach Smith said the company was reviewing the decision but said in an email: “We are very pleased with the Judge’s decision to uphold a legal permit, issued by the Department of Environmental Protection, after considering all of the facts and merits of the case.”

It was the latest in a series of permits the environmental groups have fought over with the company and the DEP.

In late 2016, the environmental groups appealed a permit for longwall mining beneath the 3L section of Consol’s Bailey Mine East Expansion. The permit allowed the company to mine under Polen Run and another nearby stream, Kent Run.

A judge halted mining within 100 feet of the 3L section of Kent Run. The appeal related to Polen Run was dismissed, because the company had already undermined that stream by the time a hearing was held.

Consol eventually settled with the groups, agreeing not to conduct longwall mining beneath the stream in the “3L” section, and instead use a less intensive mining technique.

In August, the EHB judges overturned another permit issued by DEP, saying that the permit would allow the company to “essentially destroy the existing stream channel and stream banks and rebuild it from scratch.”

This time, Consol applied for a permit to mine beneath Polen Run in the “5L” section of the mine. Consol said it didn’t anticipate subsidence in the stream, even though other stream beds in the area have subsided after longwall mining. It based that analysis on specific geology and groundwater data it had collected near the projected mining site.

And even if subsidence happened, Consol “would restore streamflow to a normal range of conditions using the existing intervention measures which have been proven effective,” according to Consol’s permit application.

Renwand’s decision came in spite of a January letter from the Department of Conservation and Natural Resource’s Director of Parks John S. Hallas to the DEP in which he faulted the company’s data, writing that it “does not meet any scientifically accepted standard for concluding that there will be no impacts from mining.”