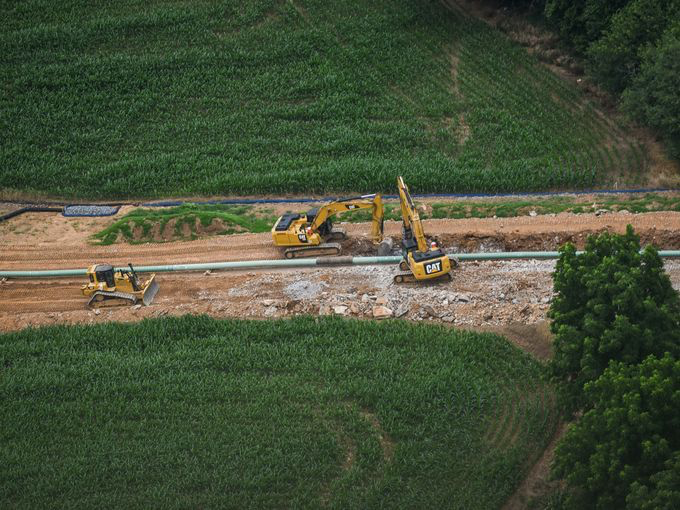 Sunoco won a court battle over the siting of its Mariner East 2 pipeline on Tuesday when a panel of judges ruled against an effort to assert local control over where the pipeline can be built.

The Commonwealth Court rejected an appeal by four plaintiffs who argued that Sunoco is violating a zoning ordinance in Chester County’s West Goshen Township that sets the distance a pipeline can be built from houses, and that the ordinance should not be overridden by state regulations.

But the court upheld a county court ruling last fall that the local regulations are pre-empted by the pipeline’s status as a public utility project, as determined by the Pennsylvania Public Utility Commission.

“We hold that the Township lacks authority to zone out a public utility pipeline service or pipeline facility regulated by the PUC,” the court wrote in an majority opinion.

West Goshen is one of three townships in the Philadelphia suburbs where activists or officials are seeking to enforce ordinances specifying how far a pipeline must be set back from occupied structures. Last week, supervisors in Uwchlan Township, also in Chester County, said the township will sue Sunoco for the alleged violation of its own “setback” law.

Mayme Baumann, one of the Uwchlan supervisors who voted in favor of the lawsuit, said the township will evaluate its enforcement action in coming days, in light of the Commonwealth Court ruling.

Baumann said she was disappointed with the ruling because it places responsibility for the safety and siting of pipelines with the PUC which has no regulatory oversight of those matters.

She said she would continue to work to understand and mitigate the risks posed by Mariner East 2, and will press for an independent risk assessment, as called for by activist groups.

Activists say the highly volatile liquids to be carried by the pipeline would represent a grave risk to public safety if there is a leak in a densely populated area.

In its 58-page ruling, the Commonwealth Court upheld the concept of “field pre-emption,” in which the Legislature intends the state to control all regulation, without giving any control to a local entity like West Goshen.

“We conclude that the General Assembly intended the PUC to occupy the field of public utility regulation, in the absence of an express grant of authority to the contrary,” the ruling said.

The Pennsylvania Energy Infrastructure Alliance, which advocates for the pipeline industry, welcomed the ruling, which it said calls into question the similar initiative by Uwchlan Township.

“Mariner East 2 has gone through tremendous scrutiny at every level of government, and the permits are among the most stringent the state has ever issued for this type of activity,” said the group’s spokesman, Kurt Knaus. “That’s why courts continue to uphold this project which will provide countless positive benefits in terms of jobs, economic activity and access to vital energy resources.”

But Rich Raiders, an attorney who represents several opponents of the project, said the ruling “makes no sense” because the PUC does not have siting authority over where pipelines may be built even though it has given public utility status to Mariner East 2.

“How can an agency without the authority to regulate pipeline siting have field preemption over something they can’t regulate?” Raiders wrote in an email. He said the ruling conflicts with the PUC’s own statements that it does not have siting authority over pipelines.

Raiders said he hopes the plaintiffs now take the case to the state Supreme Court, and that the court agrees to hear it.

Tom Casey, a West Goshen resident, and one of the plaintiffs, called the ruling “a massive letdown” for advocates of more local control over pipelines.

“Today the Commonwealth Courts affirmed that the residents of Pennsylvania are irrelevant,” Casey said in a statement. “There is no remedy for a citizen, taxpayer, before any legal, legislative, or administrative branch of government in the state of Pennsylvania for landowners to be able to uphold their rights.”

Casey referred questions about any future appeal to Delaware Riverkeeper Network, one of the other plaintiffs.

Sunoco is resuming work on the 350-mile natural gas liquids pipeline after the Department of Environmental Protection lifted a month-long shutdown it imposed in early January because of multiple environmental violations during the previous 11 months of construction.

This story has been updated with comments from one of the supervisors in Uwchlan Township.

Philadelphia Energy Solutions: A giant polluter looms over the lives -- and health -- of its neighbors