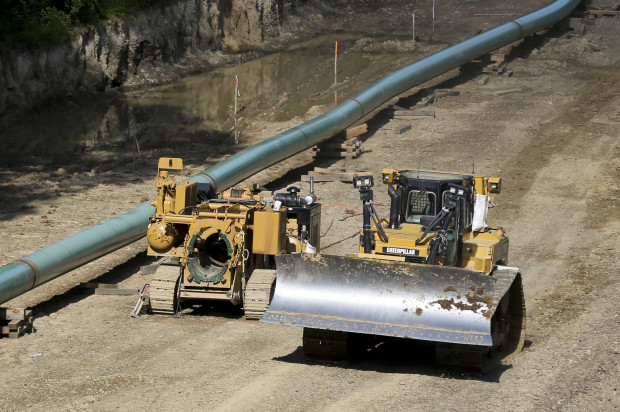 Sunoco Pipeline’s parent company, Energy Transfer Partners, said Wednesday that its Mariner East 2 pipeline will be put into service in the second quarter of 2018, some 18 months later than originally planned, because of delays caused by Pennsylvania regulators.

Chief Financial Officer Tom Long said during the company’s third-quarter earnings call that the project has been held up in part by the Public Utility Commission’s recent ban on horizontal directional drilling at a location in Chester County’s West Goshen Township until the PUC hears a dispute between the township and Sunoco over the siting of a valve. The hearing is scheduled for April next year.

“We’re evaluating the relocation or elimination of this valve as well other alternatives that we believe will allow us to move forward with this portion of the project in the near future,” Long said in prepared remarks.

The controversial cross-state project has been beset with technical, environmental and regulatory challenges, and faces strong community opposition in some places from landowners and public-safety advocates.

When completed, the more than $2.5 billion pipeline is due to carry natural gas liquids from the Marcellus Shale of southwestern Pennsylvania to an export terminal at Marcus Hook near Philadelphia.

Long said the main source of delay has been obtaining permission from the Department of Environmental Protection to restart horizontal directional drilling in dozens of locations where construction spilled drilling fluid and polluting some underground aquifers, leading to a court order that requires DEP approval for drilling to resume.

“We continue to work with the Pennsylvania Department of Environmental Protection to secure approvals in order to move our remaining HDDs forward,” Long said.

“As a result of these delays, we believe that this will push our in-service timing for ME2 to the second quarter of 2018.”

But he said the company “continues to make progress” on construction, and that “99 percent” of the main pipeline will be in the ground by the end of 2017.

Several financial analysts on the call expressed concern about the delay to ME2 and asked whether the in-service date could slip further.

Asked by one analyst whether the natural gas liquids service into the Marcus Hook terminal would be impacted by the delays to construction, Chief Operating Officer Mackie McCrea said he was optimistic that the West Goshen issue would be resolved soon, and expressed hope that DEP will move quickly to allow the restart of drilling in the affected locations.

Long said there is a great deal of natural gas liquids supply that will find overseas markets once Mariner East 2 starts operating.

“Once we get it in service, we couldn’t be more excited about the returns,” he said in answer to a question. “There is a tremendous amount of barrels that are there now and are going to be there in the future, and they are looking for a home. But we’ve got to get the project completed. We think Marcus Hook will be the best export, the largest in the country over the next two or three years. We think it will be the premium market around the world both in Europe and Asia for propane, ethane and butane.

“With the commitments that we have, we think there’s a tremendous amount of volume growth in volumes that will reach out to us as we bring the system on line,” he said.

The headline on an earlier version of this story incorrectly said the pipeline had been delayed for another nine months.