Police say they don’t want to clash with pipeline protesters 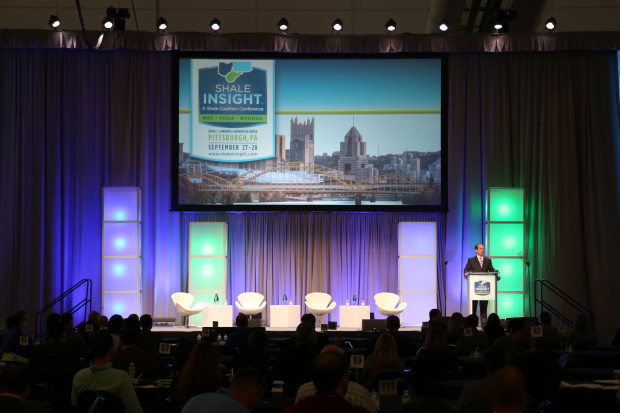 Natural gas infrastructure has been the target of organized demonstrations since the Marcellus Shale boom began a decade ago, but law enforcement agencies aren’t interested in putting protesters behind bars, according to panel speakers at a natural gas industry conference Wednesday in Pittsburgh.

Panelists told attendees at a breakout session at the David L. Lawrence Convention Center that protesting creates an inherent safety concern when it’s conducted on or around manufacturing or energy extraction equipment.

Sponsored by the Marcellus Shale Coalition, the annual two-day Shale Insight conference caters to industry executives, politicians, technology representatives and policy wonks. This year’s lineup is expected to draw about 1,000 attendees, according to organizers.

Most demonstrators aren’t familiar with well sites, he said, and the company’s employees might not know how to deal with protesters, especially if they aren’t peaceful. Business owners big and small should proactively introduce themselves to police and investigators, he said.

“You don’t want a protest or major accident to be the first time you’ve met the local first responders,” he said.

Oglesby encouraged industry insiders to invite the community in, show them the well pad and make sure law enforcement feel informed if an incident were to occur. That could include data sharing or building a rapport through email list-servs, said Mark Warden, chief sheriff’s deputy in Washington County, Ohio.

Warden said most protestors are peaceful; they understand their rights and those of the property owner. But others can be difficult to deal with.

Fellow presenter and former Pennsylvania State Police trooper Mike Hutson said when incidents do occur, police often get accused of being enforcers for the shale industry.

“That isn’t the case,” he said. “I’ve arrested people in the industry, [and] I’ve been involved in investigations against protest activity.”

Though he, Oglesby and others said they’re are always on the look out for instances of ecoterrorism — a federal charge implying intended malice and an ideological drive — the most common offenses are trespassing and the destruction of public or private property.

“When a crime’s been committed, we’re obligated — mandated — to take the appropriate actions,” he said.

Hutson said most police officers would benefit from more training on how to deal with all types of protests. The conference concludes Thursday with a keynote address by former White House Press Secretary Sean Spicer.