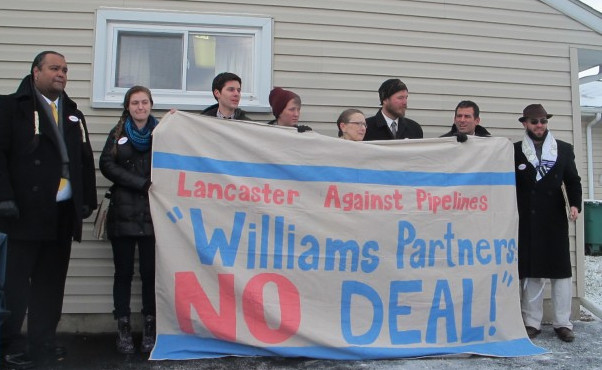 The Federal Energy Regulatory Commission approved Williams Partners’ planned Atlantic Sunrise pipeline late Friday afternoon, just minutes before the agency became hamstrung by the departure of one of its commissioners. FERC chairman Norman Bay resigned at the close of business Friday, leaving the commission with only two of its five seats filled and now lacking the quorum necessary to approve projects. The Atlantic Sunrise pipeline approval was one of FERC’s final actions before Bay left the commission, leaving other billion dollar projects like the PennEast pipeline, in limbo.

Chris Stockton, spokesperson for Williams, said that although the company still needs permits from the Department of Environmental Protection and the U.S. Army Corps, FERC’s 11th hour approval was welcomed as good news.

“This was the big hurdle,” said Stockton. “This is what we’ve been working on for three years. It’s been the culmination of a lot of collaboration and we’re very excited to have gotten to this point and we’re looking forward to moving forward with the project.”

Stockton says the company is “very close” to obtaining state permits from DEP. He says construction is expected to begin in the second quarter of this year, with the pipeline coming online  in mid-2018.

The 180-mile, $3 billion Atlantic Sunrise pipeline project is an expansion of the Transco system that will ship Marcellus Shale gas from Northeast Pennsylvania through 10 counties in the state connecting with a system of pipelines that delivers gas as far south as Alabama. Some of the gas would also be destined for export through the Cove Point liquefied natural gas terminal on the Chesapeake Bay in Lusby, Maryland.

The pipeline project has been met with staunch opposition, especially in areas of Lancaster and Lebanon counties. Ann Pinca is the president of Lebanon Pipeline Awareness, a group formed to fight the Atlantic Sunrise, which bisects the county. “It’s not like we didn’t expect this,” she said. “It’s not a surprise but it doesn’t make it feel any better.”

“This decision was precipitated by the announcement of Norman Bay’s resignation and we think it’s extremely unfair. There’s so many errors that have been pointed out, so many pieces missing from the application. We had hoped they had looked at the application and done the right thing.”

Pinca says she expects appeals to be filed against the FERC decision, as well as civil disobedience in response to construction.

Williams’ Stockton says the company is aware of the resident’s concerns, but he said there are those who feel it is important to connect Pennsylvania’s Marcellus Shale gas with other markets.

“Private citizens have to lose their properties to industries with deep pockets,” she said. “It’s wrong, it’s an abuse of eminent domain and it’s just wrong.”

The FERC certification includes a number of conditions that Williams’ Partners has to meet before it begins construction.