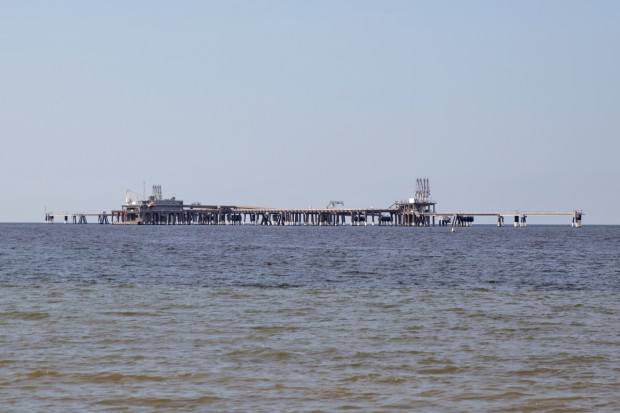 The D.C. Circuit Court of Appeals ruled this week that the Federal Energy Regulatory Commission is not required to examine the upstream impacts of natural gas development when reviewing the environmental impacts of new liquefied natural gas export facilities under the National Environmental Policy Act. Instead, the court said that if any agency should examine upstream impacts, it would be the Department of Energy, which has to approve LNG exports. The case involved two LNG terminals on the Gulf Coast, one in Sabine Pass, Louisiana and the other in Freeport, Texas. The D.C. Circuit is also reviewing challenges to Maryland’s Cove Point LNG terminal but has not yet ruled in that case.
Charlie Riedl, executive director of the Center for Liquefied Natural Gas, said the rulings “make clear” that the current environmental review process is complete when it comes to LNG exports.
“The consequence of these rulings is that the US LNG industry will continue to grow – creating jobs, tax revenue and economic growth across the country,” Riedl said in a statement. “Additionally, studies have shown that US LNG exports help promote the use of natural gas by our allies and trading partners, which, in turn, helps to lower global greenhouse gas emissions.”
The challenge was brought by the Sierra Club, which did not respond to request for comment.
The Sierra Club sued the Federal Energy Regulatory Commission claiming the agency violated the National Environmental Policy Act by not conducting an environmental review that takes into consideration the upstream impacts of natural gas production.
Environmentalists say the LNG export terminals are a crucial link between producers and overseas consumers. And the environmental impacts that result from natural gas production in places like Pennsylvania should be scrutinized.
The Sierra Club, along with the Chesapeake Climate Action Network, the Patuxent Riverkeeper and EarthReports Inc. also sued the Federal Energy Regulatory Commission after the commission rejected the environmental groups’ appeal to consider the upstream impacts of exporting LNG with regard to the Cove Point LNG plant in Lusby, Maryland. That case before the D.C. circuit is still pending. 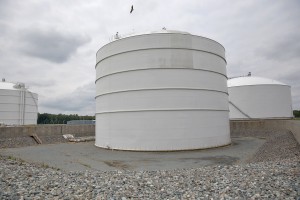 Attorney Moneen Nasmith, with the environmental law firm Earthjustice, is representing the Sierra Club in the Cove Point case, although not in the Sabine Pass or Freeport case. Nasmith says she’s unhappy with the decision over the Sabine Pass and Freeport terminals. But it’s still unclear what the court will do in the challenge of Cove Point.
“Those decisions are disappointing and reflect a fundamental misunderstanding of the way NEPA is supposed to work,” Nasmith told StateImpact. “What that ultimately means for getting the analysis of Cove Point that we’ve been asking for remains to be seen.”
Nasmith says that while there are some overlapping issues with the Gulf Coast cases, Cove Point also has some unique environmental challenges that would require FERC to conduct an environmental impact statement. These include the safety of the facility, which sits across the street from a residential neighborhood; ballast water discharge into the Chesapeake Bay; the endangered Atlantic right whale, which are vulnerable to ship strikes; and the upstream emissions that could contribute to climate change.
FERC granted approval to the $3.8 billion project in 2014, and construction on expanding the idled import terminal into an export terminal began in October, 2014. Cabot Oil and Gas has a contract with a Japanese power company to sell 350,000 MMBtu of Marcellus Shale gas per day for 20 years once the Cove Point plant is completed at the end of 2017. The agency says it’s done its job by conducting an environmental assessment, which is not as thorough as an environmental impact study.
Dominion, the company building and operating the Cove Point plant says it’s confidant that the FERC approval will withstand court challenge.
“The FERC has denied prior appeals to stop the project,” said Dominion spokesman Karl Neddenien in an email. “Approval also has consistently been upheld in the courts as well as by federal and state regulators, so we expect a similar outcome.”
Nedennien says construction is continuing on the project, which is on schedule for completion at the end of 2017.