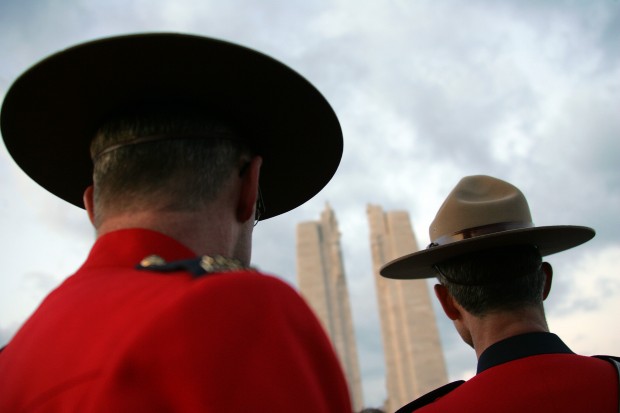 Officers from the Royal Canadian Mounted Police spent three days in Williamsport, Pa. in 2014 to learn about how to deal with anti-fracking protesters.

Canadian police visited their American counterparts in Williamsport last year to learn more about how to deal with public resistance to shale gas development.

After a protest against exploratory seismic testing in Rexton, New Brunswick turned violent, six members of the Royal Canadian Mounted Police (RCMP) took a three-day trip to Williamsport in June 2014, according to documents recently obtained by the Halifax Media Co-op. In a travel itinerary, the RCMP said they were concerned about “considerable protests and criminality with a great deal of rhetoric and misinformation from many sources.”

A spokeswoman for the RCMP’s J Division confirmed the trip took place and cited the Rexton protest as the impetus. She would not say whether the Canadian officers were working with a Williamsport-based group called the Marcellus Shale Operators’ Crime Committee (MSOCC). As StateImpact Pennsylvania has previously reported, the MSOCC is a partnership between drillers and federal, state, and local law enforcement that monitors threats to gas infrastructure.

There are similar intelligence-sharing partnerships between police and oil and gas drillers in other parts of the United States. Activists have complained the groups stifle dissent, while the industry cites a need to protect critical infrastructure. Pennsylvania State Police spokeswoman Maria Finn says troopers occasionally attend the MSOCC’s bi-monthly meetings.

In Pennsylvania, activists have recently been arrested for chaining themselves to roads near gas well sites, and trespassing to block pipeline construction. But Finn says in over a decade of shale development here, there have not been any charges of eco-terrorism related to the gas industry.