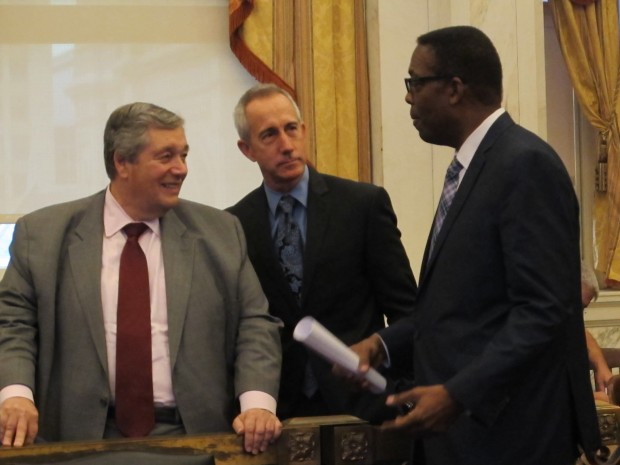 Organized business interests and politicians working to bring Marcellus Shale gas to Philadelphia have a new plan to tackle one of their largest obstacles — pipeline opponents. The Greater Philadelphia Energy Action Team wants to use the state’s abundant, and cheap natural gas supply to revive the city’s manufacturing sector. But the gas will never get to Philadelphia without thousands of miles of new pipelines.

The Wolf Administration estimates tens of thousands of miles of pipe will be installed over the next 20 years to carry Marcellus Shale gas to markets across the country.

Speaking to a group of business people at a conference in downtown Philadelphia, the man behind this “energy hub” concept said he will be taking his pitch to rural and suburban Pennsylvania.

Philadelphia Energy Solutions CEO Phil Rinaldi spoke Thursday at the “Energy Interdependence in the Western Hemisphere” conference organized by the Global Interdependence Center and held at the Federal Reserve Bank of Philadelphia.

“It’s hard to find things that are more controversial than siting pipeline and infrastructure,” said Rinaldi. “So the Greater Philadelphia Energy Action Team is out trying to condition that battlefield as [we] move forward.” 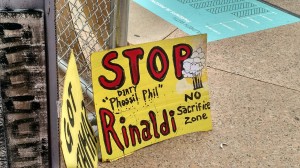 Rinaldi knows he’s got a problem in places like Lancaster and Chester counties, where opposition to new pipelines has been fierce. And he said he believes the pipeline expansion can be done in an environmentally responsible way.

“But that’s different than telling that story in some neighborhood that is gonna get disturbed because a pipeline is gonna come through the place,” he said. “And so we want to be fair about that.”

Rinaldi says he and the Energy Action Team are almost finished drafting what he calls a “pitch book” to take to local township and borough councils across the state.

“And we don’t want to hide from the disturbances that we’re gonna cause,” he said. “But we want to shine some light on those disturbances to try to put them in a context, which is manageable. Because we all know there is definitely no free lunch. You gotta have something that you’re gonna pay to do this.”

He says within a month he should have completed his pitch book, which he says will be used to let residents know how they’ll benefit, and tamp down opposition.

“To all of those local city council people who are gonna deal with permit issues as pipelines are trying to come through their town, try to at least give them a common reading and a common understanding of what we are gonna do.”

But there’s no play book for the activists protesting his plans to turn Philadelphia into the “Houston of the East Coast.” Rinaldi dismissed them as “fringe.”

“They call me Fossil Phil with a Heart of Shale,” Rinaldi said. “But I love it, that’s exactly what I am.”

About 1400 parties seek to intervene in PennEast pipeline case