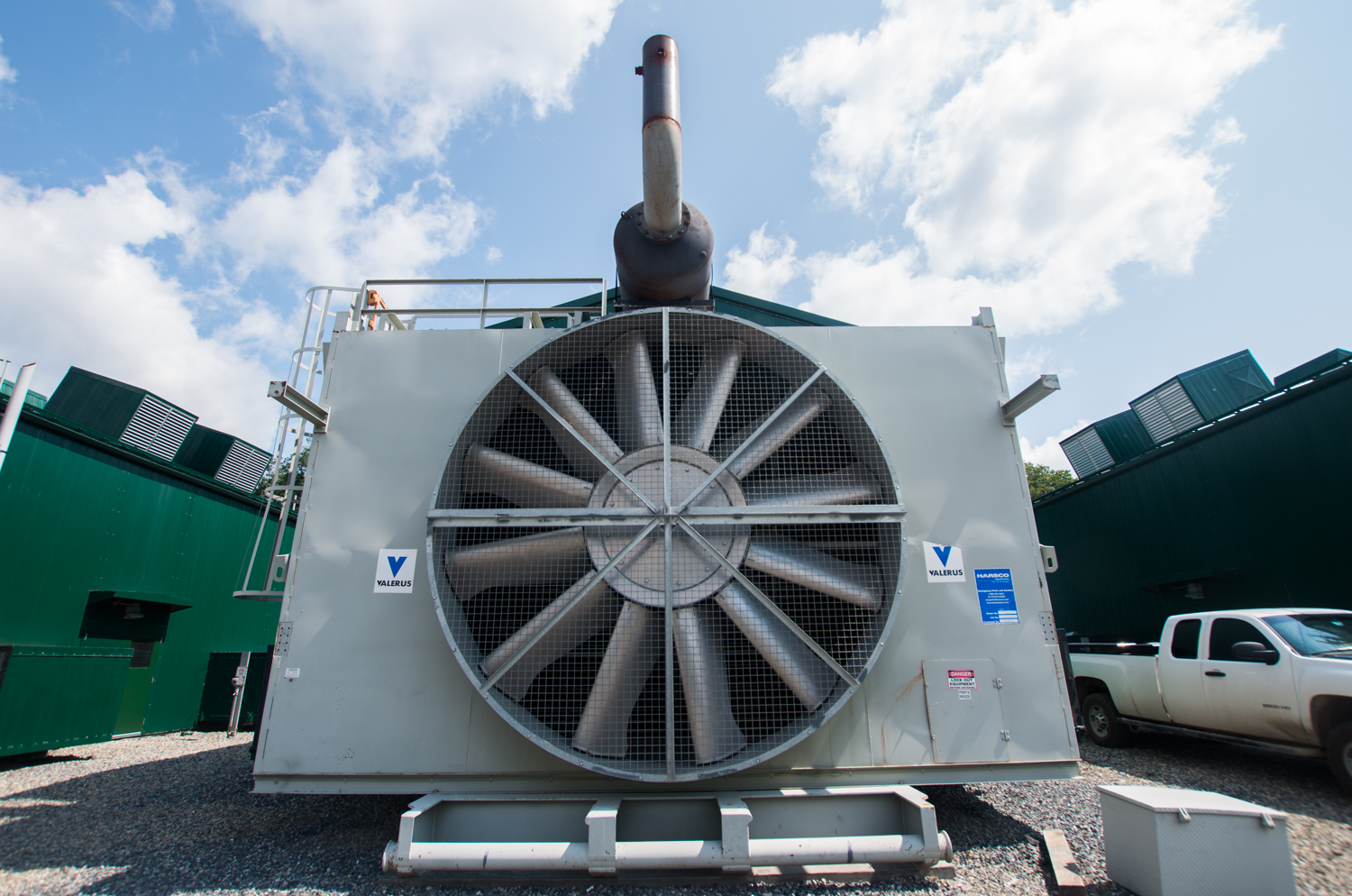 One of eight compressor units at Seneca Resources’ Hagerman station in the Loyalsock Forest. State regulators are trying to get a better handle on how the constant noise from the facilities affects people and wildlife. 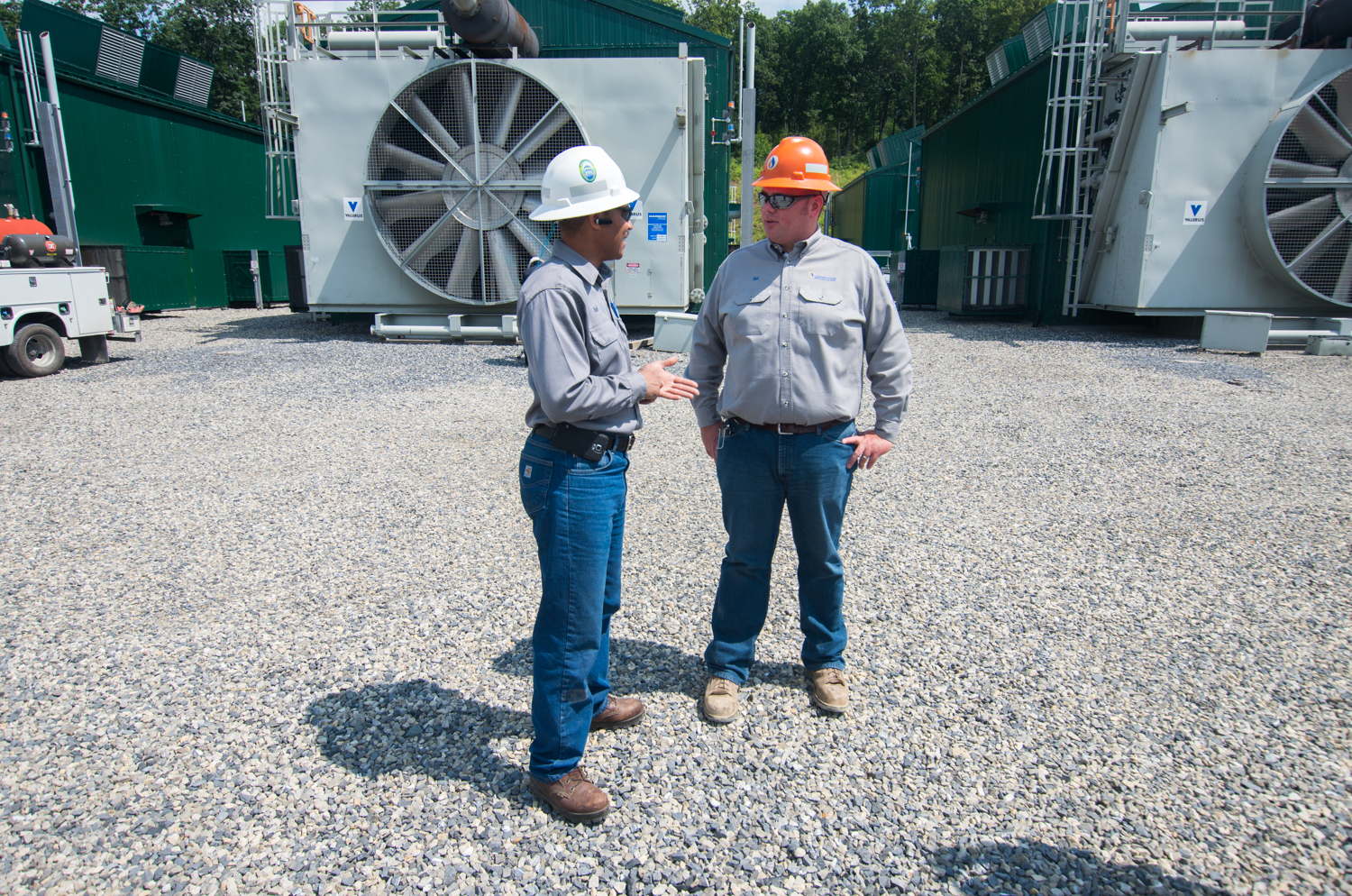 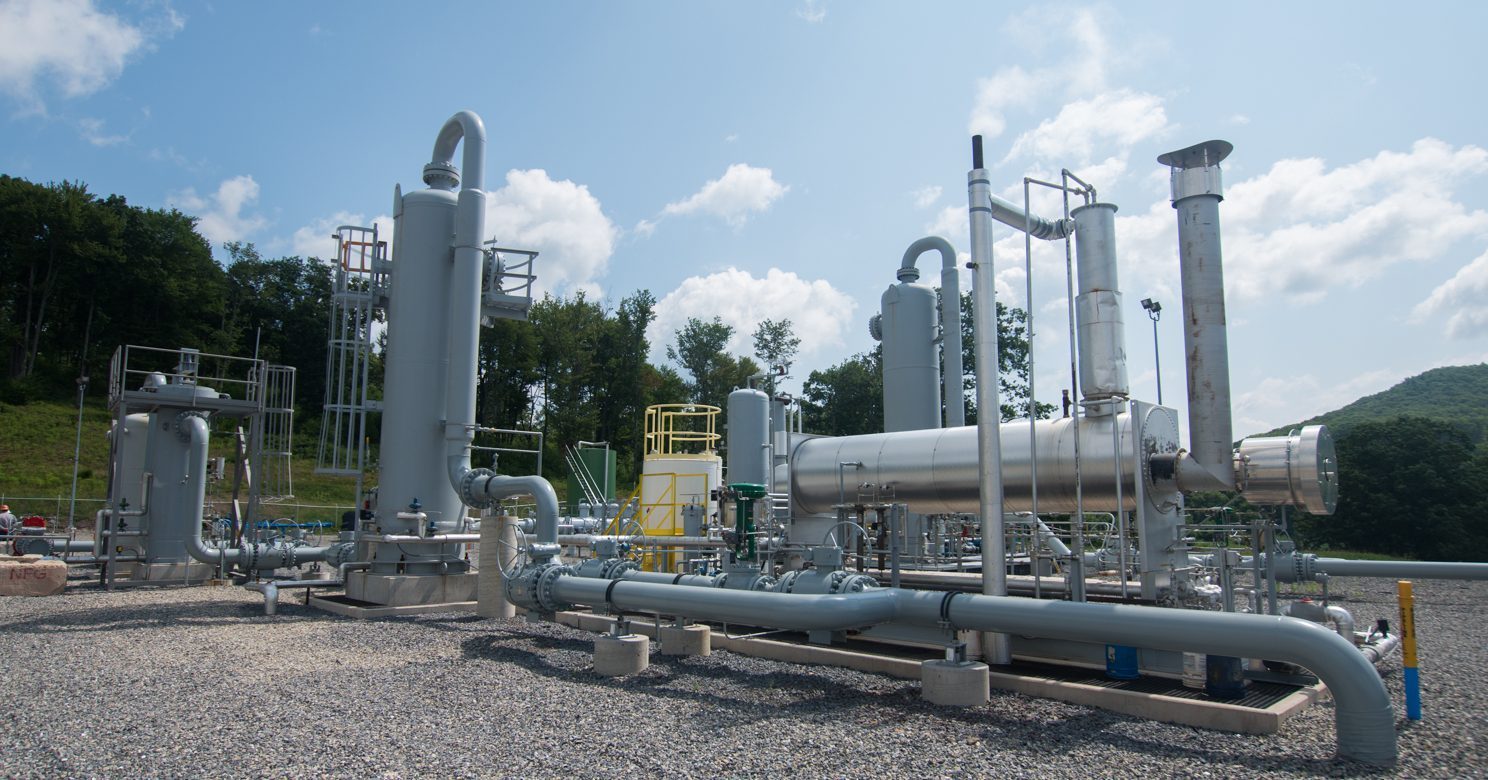 Equipment next to the compressor units cleans and dehydrates the gas to prepare it for transport in pipelines. 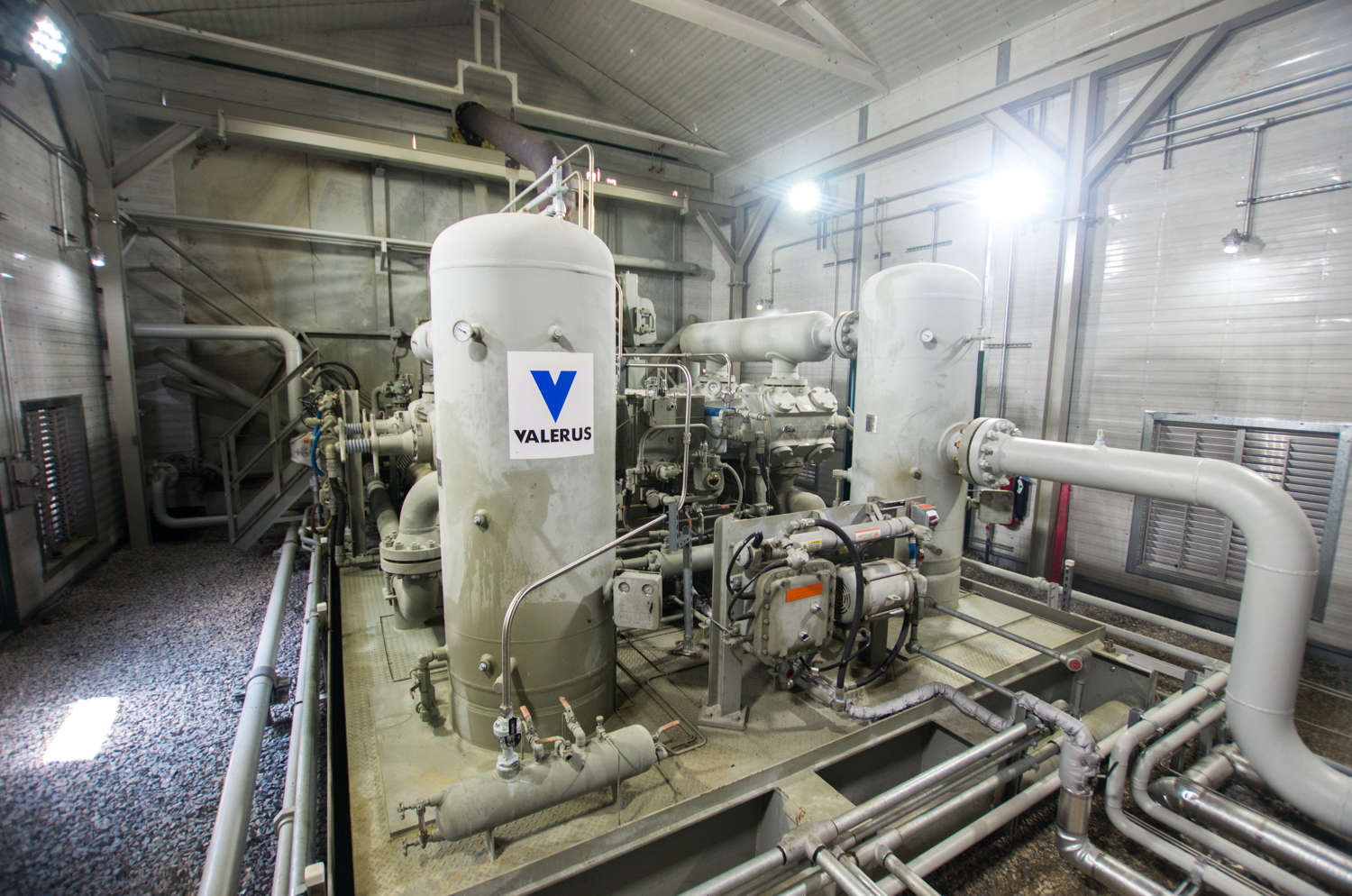 
Most of the noise created by natural gas development is temporary. After drilling and fracking, the workers and equipment are gone. A gas well in production is pretty quiet; it’s basically just a bunch of pipes in the ground.
But compressor stations can stay noisy for years– even decades. The facilities are necessary to process and transport gas through pipelines. When it comes to noise regulations, they’re governed by a patchwork of local, state, and federal rules.
This summer the state Department of Conservation and Natural Resources (DCNR), which manages public forest land, is trying to get a handle on how these persistently noisy places affect both people and wildlife.
The agency launched a pilot study to analyze the components of compressor station sound. It’s aimed at figuring out which parts of the noise are the most irritating.

“We try to keep everything contained”
Seneca Resources is one of the biggest operators in the state forest system. The company’s Hagerman compressor station in the Loyalsock Forest came online last fall. It’s capable of processing up to 400 million cubic feet of gas per day.
Compressor stations are needed to keep gas flowing. At this site there are eight units, each one looks sort of like a large shed with a giant fan on the end.
There are legitimate issues with how compressor stations affect air quality, but the facilities are also a significant source of noise pollution. The engines hum constantly–  pulling gas out of wells and pushing it through pipelines.
Ian Vranich is a manager with the company’s midstream operations. He explains that each compressor unit has its own separate building, with 8 to 10 inches of insulation.
“Whenever the engine’s running we try to keep everything as contained and keep the noise contained inside the building so we’re not passing that noise out into the open air environment,” he says.
Under current DCNR guidelines, compressor stations on state forest land can’t exceed 55 decibels, 300 feet from the site.
But the agency is working with Penn State University acoustics professor, Tom Gabrielson, to reconsider those rules.
“Three hundred feet is an arbitrary distance,” says Gabrielson. “Is that really the point at which the annoyance should be measured? If the nearest hiking trail is 1,000 feet from the station, then a reference point of 300 feet doesn’t make much sense.”
Currently there are 11 compressor station sites related to Marcellus Shale development on state forest land. Three more are in development. But the department predicts between 100 to 200 could eventually be built. As Gabrielson explains, the decibel level only measures loudness. But many other factors affect how noise is perceived—from its frequency, to the topography of the area, even the weather and wind speed on a particular day.
To demonstrate why decibels alone are a simplistic measurement tool, Gabrielson plays four different sounds: heavy rain, a helicopter, dogs barking, and birds chirping.
All the sounds are at the same average decibel level, but they’re very different in terms of annoyance.
“Some of those, I could sleep through easily,” he says. “Some of them would wake me up.”
“It sounds like a truck in the driveway”
Paul Karpich is one of those people who gets woken up. He lives in Susquehanna County—one of the most productive areas of the Marcellus Shale.
His home is within two miles of three different compressor stations. The closest one is about 3,000 feet away.
“You lay in bed, you can hear this thing running. It sounds like a truck in the driveway, 30 feet away,” he says.
In an effort to single out the most irritating parts of the noise, Gabrielson set up microphones that recorded for two weeks during July and August around a compressor station in the Tiadaghton Forest.
He’s still crunching the data, but hopes to help DCNR craft more nuanced guidelines for the industry.
“We have a really good measurement set for the noise from one particular compressor station, and it’s the start of a study,” he says. “It’s hopefully a beginning.”
But if the rules are changed, they would only apply to the state forest system.
As Marcellus gas production keeps breaking new records, companies are building more and more compressor stations. Most of them aren’t on state land. According to the Pittsburgh-based Group Against Smog and Pollution, there were 374 compressor stations operating in Pennsylvania last year.
Noise regulations can vary by county, but there’s currently no statewide sound standard.
The federal government only gets involved when a compressor station is connected to an interstate pipeline, and it’s rules are less stringent than DCNR’s– a maximum of 55 decibels is allowed at the closest noise-sensitive area.