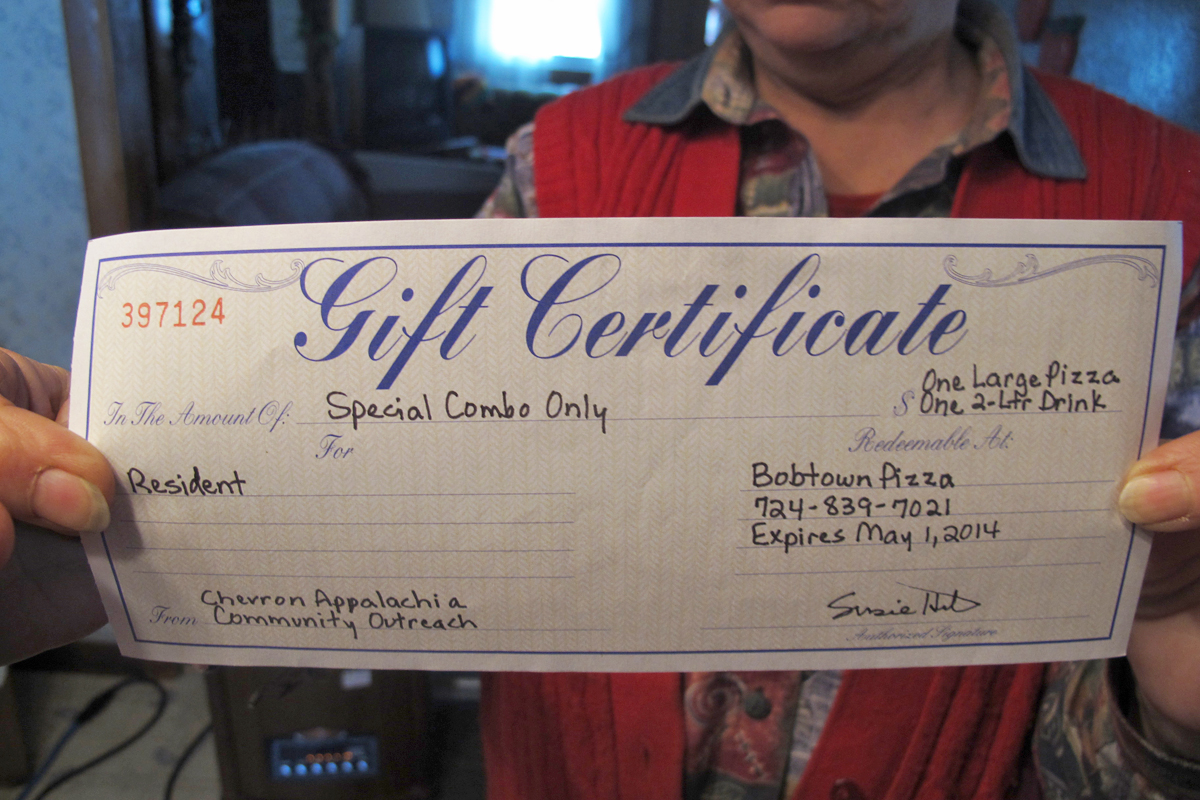 Joann Herrington holds up the gift certificate she and her husband got from Chevron three days after a natural gas well exploded up the hill from their home in Mount Morris, Greene County, Pa. 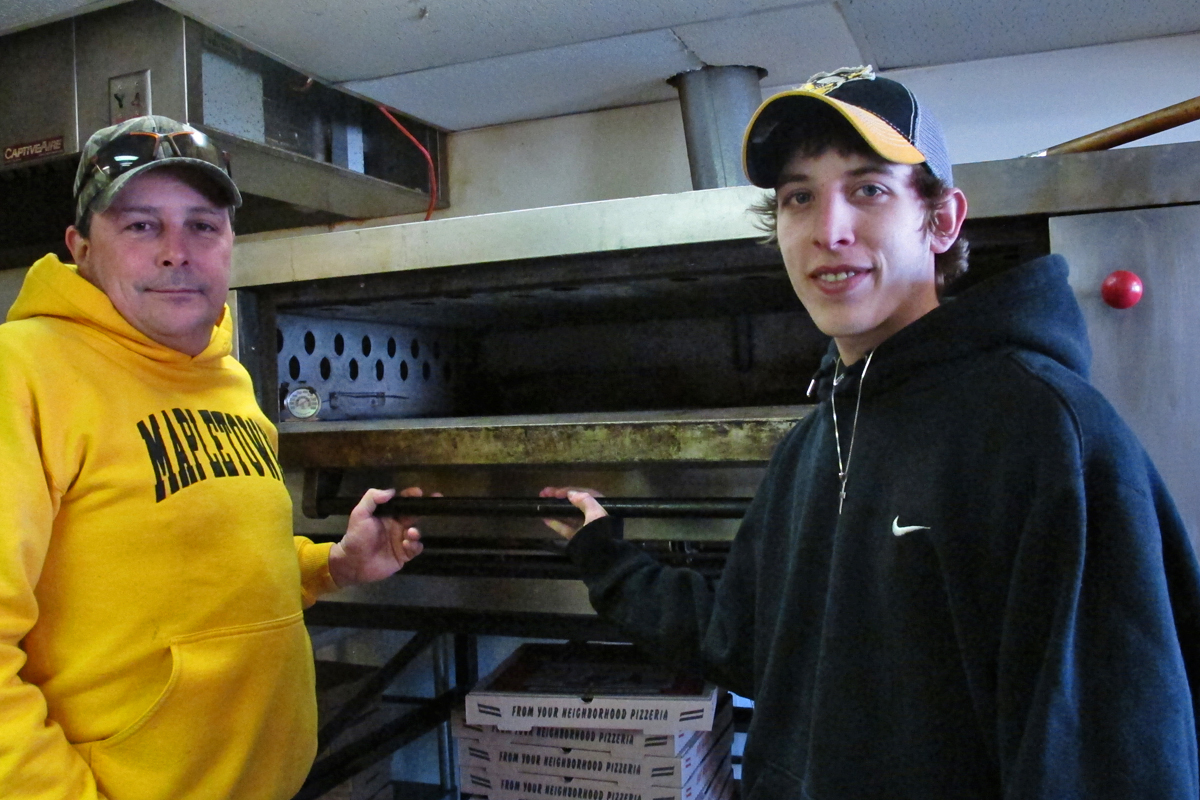 Bill Sowden, left, and Brian Scritchfield, right, are the co-owners of Bobtown Pizza in Bobtown, Greene County, Pa. Last week, producers with “The Daily Show with John Stewart” descended on the shop where Chevron bought 100 gift certificates for free pizza and soda for local residents after one of the company’s natural gas wells exploded. 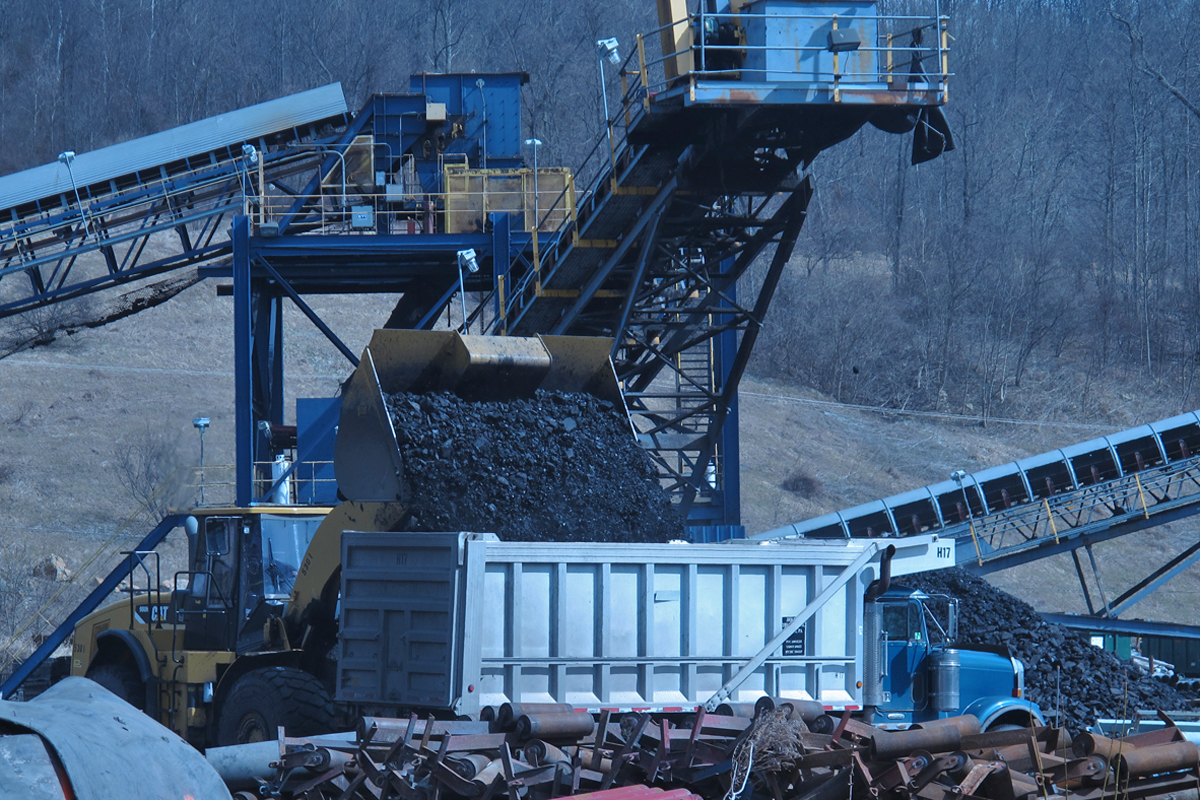 A coal mine operated by Dana Mining Company in Dunkard Township, Greene County, Pa. In February, the flames and smoke from the Chevron well pad could be seen rising from a ridge just above this mine. 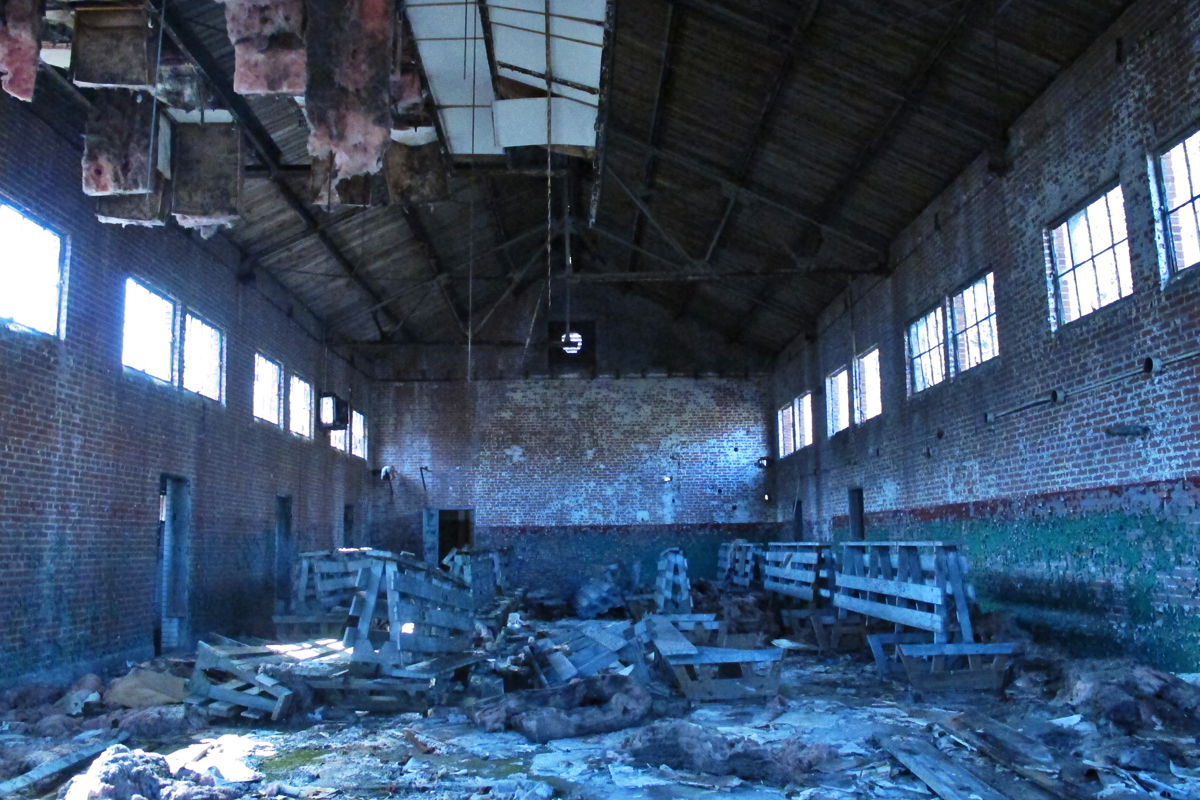 The bathhouse at the Shannopin coal mine in Bobtown, Pa. has been abandoned since the mine closed in 1993. 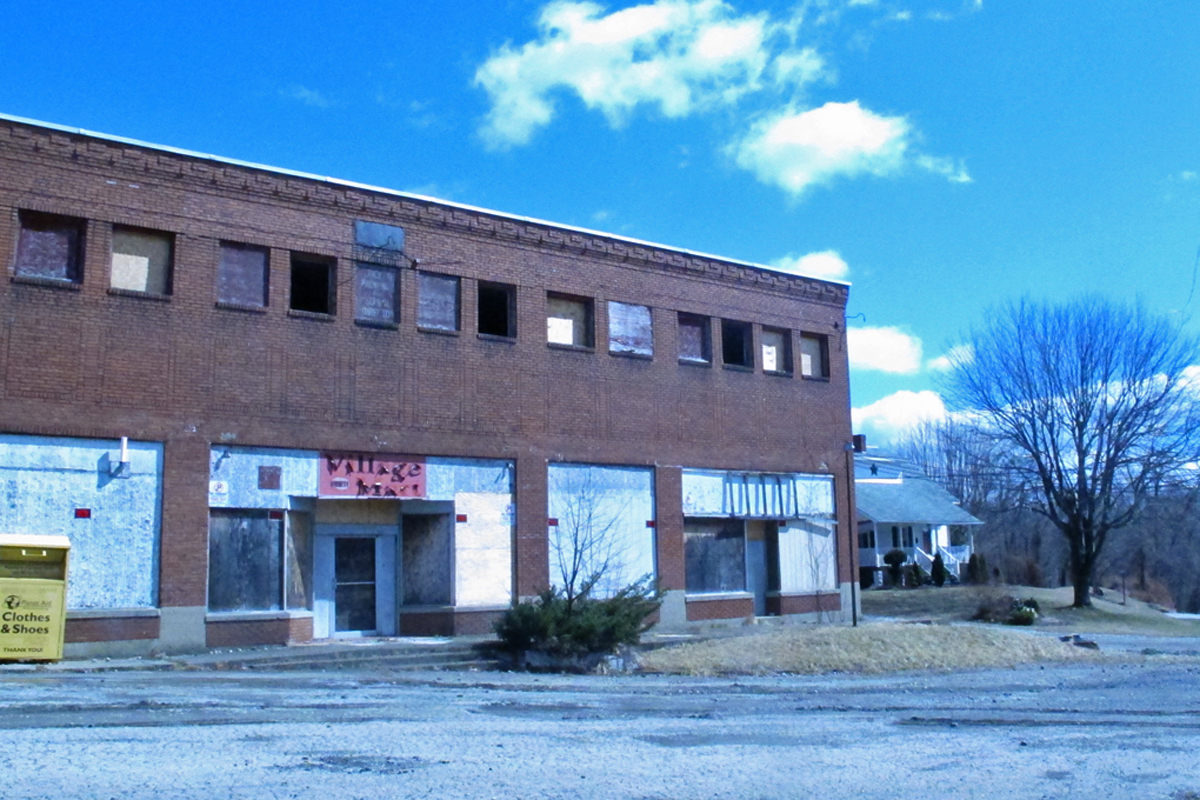 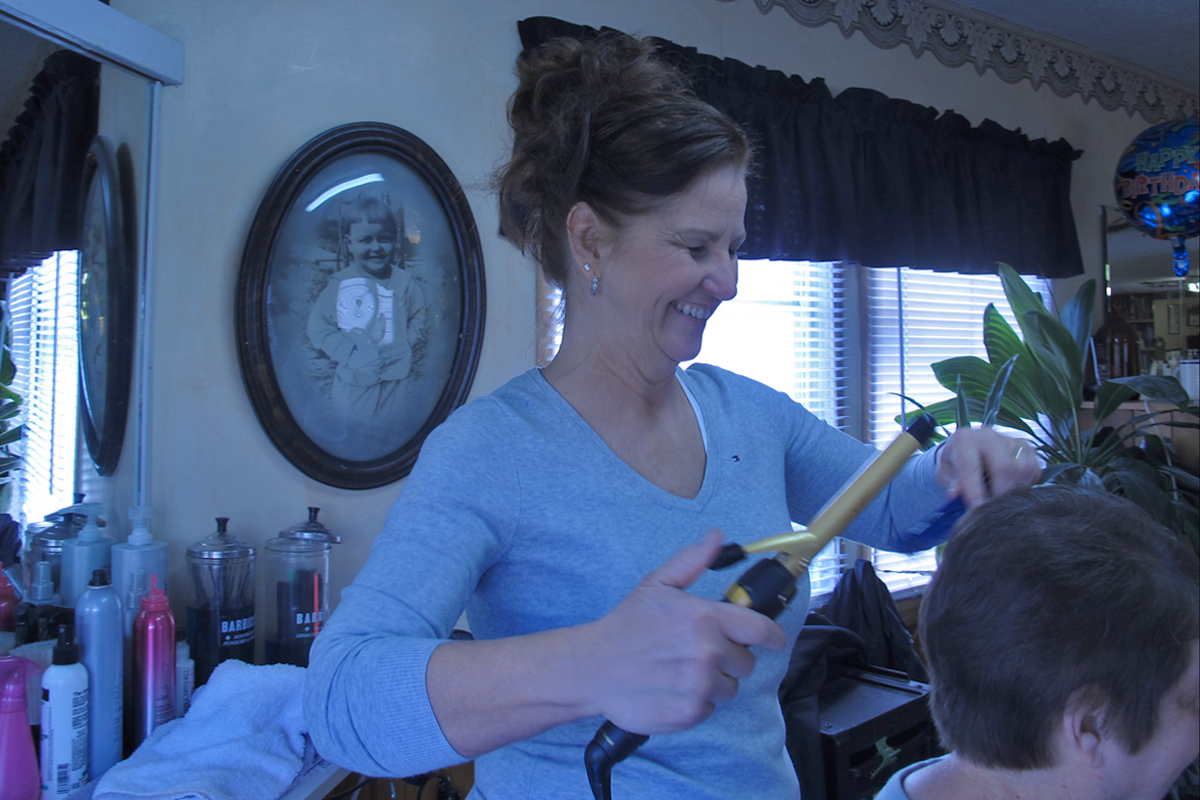 Bobtown residents like Bonnie Gansor, who runs the local hair salon, say they want the town to be known for its kind people, not its “Chevron pizza.”


Bobtown is having its 15 minutes of fame. The small town in southwest Pennsylvania has been on the lips of late-night comedians, Twitter wits and anti-fracking activists. First, in February, a Chevron natural gas well near Bobtown exploded, killing a young worker. Then, the company responded by giving community residents free coupons to Bobtown Pizza.
This struck Chevron’s critics as outrageous. More than 12,000 people from the Netherlands to San Francisco have signed a petition demanding Chevron apologize for insulting the people of Bobtown.