When It Comes To Energy, Corbett Is Willing To Spend Big | StateImpact Pennsylvania Skip Navigation

When It Comes To Energy, Corbett Is Willing To Spend Big 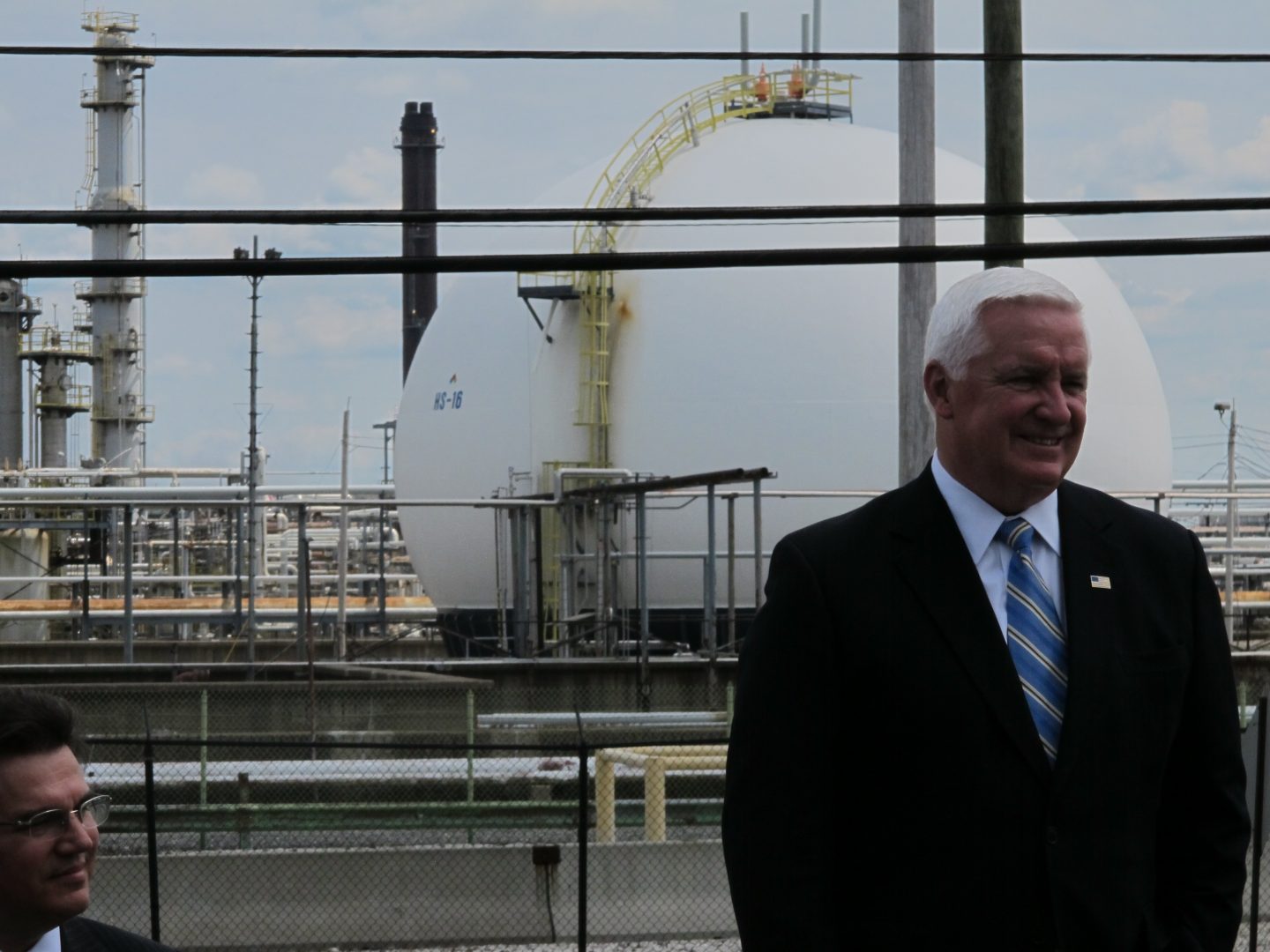 Republican Governor Tom Corbett certainly can’t be accused of being a big spender. The 2011 budget he signed into law cut more than $1 billion in state spending, reducing funding for nearly every state department.
This year’s budget, finalized last month, kept funding relatively level, but reduced spending for county-level public health programs, among other items.
There’s one exception to this bare-bones philosophy, though: the grants and tax breaks the Corbett Administration has directed to energy companies.
Here’s what Corbett has handed out since May:

Corbett said the grants — which come with job-creation and investment conditions — are worth it. “When you’re looking at the investment you have to look at what it would have cost us had we done nothing, had we let these businesses go,” he argued during a press conference announcing the Marcus Hook deal. “But also, by growing the business. Pennsylvania is, in my opinion, the energy state.”
Click here for a look at how Philadelphia’s refineries are reinventing themselves, and how the domestic shale boom is playing a role in that effort.
By the end of the year, Pennsylvania will be the third-highest energy producing state in the country.
Corbett has said he wants to make Pennsylvania “the Texas of natural gas drilling.” That means a hub where energy companies not only extract gas, but process it, too.
“If we can keep the gas in Pennsylvania, for manufacturing in Pennsylvania, we get a huge benefit to that,” he said, when making the case for a tax break aimed at Royal Dutch Shell.

A Tax Break In A Buyer’s Market

The break may end up as the largest in state history. It provides a 5 cent-per-gallon tax break on ethane Shell would purchase from Pennsylvania-based natural gas drillers. The company is considering building an ethane processing plant — known as an ethane cracker — in Beaver County. The facility would be the first of its kind on the East Coast, and Corbett is convinced it would kick-start a chemical processing corridor that generates thousands of jobs.
Since Shell has already been granted a 15-year tax amnesty window as part of a Keystone Opportunity Zone bill signed in February, the break would generate millions — perhaps billions — of credit dollars that Shell could sell to another company.
The break comes at a time when ethane prices are at record lows, because the domestic shale boom has created a supply glut for the product. Ethane prices are measured by the price the compound is sold for at two major trading hubs: Mount Belvieu, Texas, and Conway, Kansas.
During a ten-month stretch, the Mount Belvieu price has dropped from about 90 cents a gallon to around 30 cents. That’s according to the Oil Price Information Service. The decline is even steeper in Conway, where ethane sold at 40 cents a gallon last fall was trading at 2.25 cents earlier this month.
That means Shell’s tax break was, at one point, worth twice as much as the cost of the actual ethane.
Texas-based energy analyst Rusty Braziel has written extensively about ethane prices at his RBN Energy blog. He expects ethane to remain “dirt-cheap” until 2017, when construction is expected to wrap up at several new petrochemical plants. But even in that buyer’s market, he said Shell’s proposed cracker is “a risky proposal that I don’t think would be prudent if the tax incentives weren’t there.”
That’s because the vast majority of ethane is processed at well-established hubs in the Gulf Coast and Midwest. During the timeframe that Shell would construct its cracker, two new pipelines will likely be built to transport Marcellus Shale ethane away from Pennsylvania.
“The only way that there’s any ethane for that cracker to use, by the time you get to 2017, is if it — I’ll use the word steals — barrels from one or both of those two pipelines,” Braziel said. “Steals is a strong word. All I mean is that it basically offers a price that is high enough for those producers to stay in the northeast, rather than move it to the south.”
The tax break is a gamble, really, since Shell’s plant would only create about 500 jobs. The rest of the 17,000 Corbett is promising only come if other companies build processing plants, too. (That figure is based on an industry-funded study.)
But Corbett is confident the tax break will pay off, and makes it clear he’ll continue to spend money on energy, even as he holds the line on the state budget. “What this does — it talks about whoever is governor after me, two or five governors after me,having an economy that is growing based on manufacturing that does not exist right now,” he said. “So they will have money for education, for social services.”