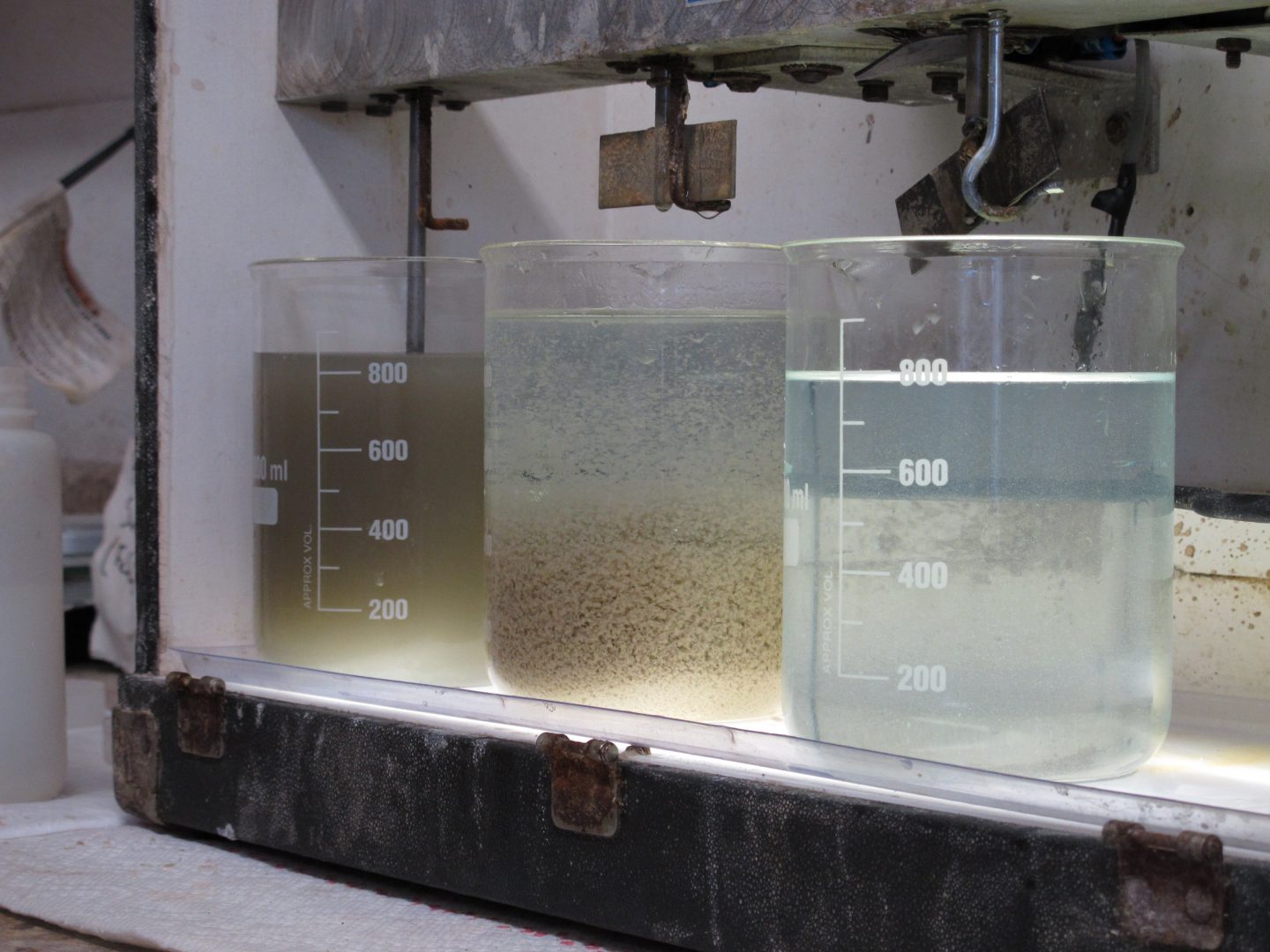 In Pennsylvania, hydraulic fracturing critics call it the doctor “gag rule.” But three other states have passed nearly identical provisions in recent months. And in two of them, the language passed without a blip of controversy.
Pennsylvania’s new state law, Act 13, requires drilling companies to tell any doctor who asks what chemicals they are pumping underground — but also binds physicians to keep that information confidential.
The Pennsylvania law is based largely on regulations passed in Colorado, whose hydraulic fracturing rules also served as a model for new laws in Texas and Ohio. While the four states’ language about doctors is similar, public reaction has been varied.
In Pennsylvania and Ohio, medical professionals have voiced concern the restrictions would interfere with their ability to treat patients and share information with peers. But the Texas Medical Association endorsed the Lone Star State’s new rules. And of the hundreds of public comments filed in response to Colorado’s regulations — nearly all of them criticizing the rule as weak —  just six people mentioned the doctor nondisclosure language. Not a single major Colorado or Texas newspaper mentioned the doctor language in its coverage of the states’ new disclosure standards.
The wide range of reactions underscores how differently the politics of regulating fracking is playing out from state to state. What was praised as a reasonable compromise in Colorado has been demonized as an industry giveaway in Pennsylvania.

Environmentalists in Pennsylvania and other states want drillers to publicly disclose every single chemical they use during hydraulic fracturing.  Pennsylvania, Colorado, Texas and Ohio all said no to those demands, allowing drillers to keep the chemicals they deem “trade secrets” out of public filings.
But the states did force disclosure to doctors on the grounds that physicians would need this information in order to treat a person who may have been exposed to harmful chemicals. In exchange for the information, doctors are forced to sign confidentiality agreements with the drilling companies.

A Big Controversy Over A Small Amount of Fluid

When discussing trade secrets and hydraulic fracturing, it’s important to keep this in mind: About 99 percent of fracking fluid is made up of water and sand. In the growing number of states with disclosure regulations and laws, companies are required to disclose the majority of that remaining one percent.
Every state with a fracking disclosure provision on the books allows companies to keep proprietary chemical combinations out of the public record. That’s because each natural gas driller uses a different mixture of chemicals to ease gas out of shale formations. “[Trade secret protections are in place] for the very reason that other industries have it,” says Marcellus Shale Coalition spokesman Pat Creighton. “So that when you have an additive that you invest tens of millions of dollars — in some cases billions — developing, that’s your right.”
The four states’ medical provisions are included to make sure doctors can gain access to information about those proprietary compounds, if they’re treating a person who has been injured or sickened by exposure to chemicals stored on a drilling site. The language barring doctors from making the information public, borrowed from federal Occupational Safety and Health Administration rules, is meant to protect drillers from the possibility of a doctor leaking their proprietary information to their competitors or perhaps publishing it on a website.
In Pennsylvania, several members of the medical community have voiced concerns about the nondisclosure language. In part, that’s because the law is somewhat vague in its instructions to doctors. It says only that the proprietary information “may not be used for pur­poses other than the health needs asserted and that the health pro­fes­sional shall main­tain that infor­ma­tion as con­fi­den­tial.”
“They haven’t defined the boundaries of disclosure, so doctors are properly nervous,” Barry Furrow, the director of Drexel University’s Health Law Program, told StateImpact Pennsylvania. “What can they disclose to the state? What can they disclose to the community?”
Governor Corbett’s energy executive, Patrick Henderson, played a key role in writing the legislation, and vehemently disagrees with that interpretation. During a May panel discussion on the new law, Henderson said, “This statute provides unfettered access for …medical professionals to access the information they need, to collaborate with their colleagues, to share that information with their patients, and to ultimately make the best decisions for their patients.”

A Standard Form For Colorado, But Not Pennsylvania

If doctors are confused about how the confidentiality requirements will work, one reason is because Pennsylvania’s law leaves it to the drilling companies to draft the form they’ll require doctors to sign. Act 13 doesn’t spell out how narrow or broad the nondisclosure form should be, or detail the consequences a doctor would face if he or she makes a company’s proprietary chemicals public.  Critics worry every driller could come up with different language and demands. Colorado solved that problem by providing a standard form for all companies to use. It’s called “Form 35,” and was approved by the state’s Oil and Gas Conservation Commission earlier this year. The two-page document states proprietary chemicals will be “labeled ‘CONFIDENTIAL’ or ‘TRADE SECRET’ or ‘PROPRIETARY’ or bear a similar legend.”
In the form, the “recipient agrees to hold confidential all Trade Secret Information provided by the Custodian [the company] and not to make use of it for purposes other than medical diagnosis or treatment as specified in the statement of need.” Read the form here.
Pennsylvania’s law is modeled on Colorado’s. So why didn’t Pennsylvania include a standard form? Henderson declined to comment. Drew Crompton, chief of staff to President Pro Tem Joe Scarnati — who also drafted large swaths of the law — told StateImpact Pennsylvania that  legislators expected the Department of Environmental Protection and the Department of Health to manage the issue, and suggested that one of the two agencies may develop a standard form in the future.
In an email, Department of Health spokeswoman Christine Conkwright writes the agency is “in the process of gathering feedback from physicians on a variety of needs related to Marcellus Shale gas drilling and patient treatment.”  If a standard form is needed, “[the department] will assist in developing one.”
Texas leaves the issue of disclosure forms up to each company; Ohio doesn’t require a form at all. The Ohio law, drafted after Pennsylvania officials began taking heat from the medical community, includes the following clarification: “nothing in…this section precludes a medical professional from making any report required by law or professional ethical standards.” Ohio doctors are required to “keep the information confidential,” but they aren’t required to sign individual nondisclosure forms.
That didn’t stop the Ohio State Medical Association from speaking out against the law: “The OSMA strongly believes that physicians should have access to all of the relevant information needed to deliver high-quality medical care to their patients,” OSMA representative Tim Maglione wrote in a public letter. ”This information also needs to be shared with other medical providers who are contributing to caring for a patient.”
Despite all the concerns that have been raised over the issue, a specific case where a doctor has been asked to sign a nondisclosure form has yet to surface in any of the four states. When that does happen, drillers, environmentalists, regulators and doctors will all be watching to see how an issue that up to now has been largely hypothetical plays out in practice.