A Link Between Heavy Drilling and Illness? Doctors Search for Solid Answers 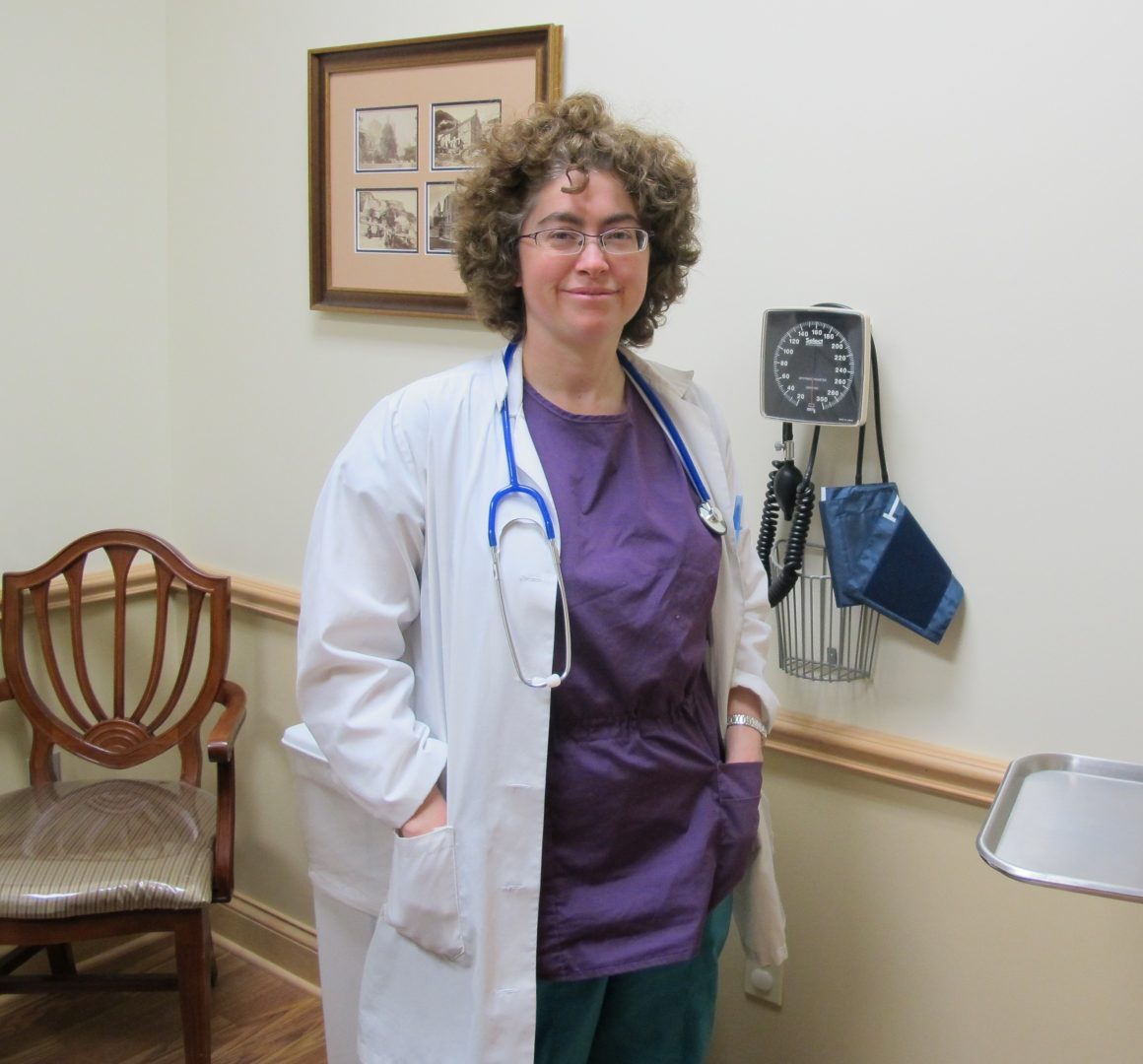 Edna Moten says nearby gas drilling has polluted her water and air.

Doctors in heavily drilled areas across Pennsylvania are starting to see more patients who report symptoms they think might be related to gas activity.  But with all the talk about health concerns and Marcellus Shale, what are the links between the two? And where does a doctor turn for answers? For this story, we spoke to several doctors who expressed frustration with trying to treat suspected shale related health impacts. This is the story of one such doctor’s quest for solid information on how to help her patients.

The Plastic Surgeon Who Makes Housecalls

Washington County’s village of Rae has only about 12 houses, and it’s hard to find on google maps. This is the heart of Pennsylvania’s shale country. The first Marcellus well was drilled in Washington County back in 2004, and today, there are 342 active gas wells registered with the state Department of Environmental Protection. Rae is surrounded by natural gas wells. Seven are within less than a mile.

Doctor Amy Pare doesn’t usually make housecalls. She’s a plastic and reconstructive surgeon from suburban Pittsburgh. But she has patients in this tiny town with some mysterious symptoms.
Edna Moten is one of them. She’s 90 years old and has lived in her one-story clapboard house for more than 50 years. She leans out of her screen door as Dr. Pare leaps out of the car and charges up her stairs. Inside, a television has on the local Pittsburgh news. An overwhelming chemical smell hits you as soon as you step in the front door. Immediately it makes me feel dizzy, my head aches, and I feel nauseous.
Doctor Pare is here because she’s worried about Moten’s drinking water.
“Now are they providing you with water now, or no?” asks Dr. Pare. The ‘they’ is one of the gas companies. Edna says they’re not giving her water. But she is getting clean water delivered from a donor.
Sometimes if residents think drilling has contaminated their drinking water wells, gas companies will provide them water while they check it out. The water gets delivered weekly into what’s called a “water buffalo”, a large plastic container that sits on the front lawn. But no one in Rae has one. Nearby drillers say the water problems are not related to any of their activity.
Pretty soon I want to get out of Edna Moten’s house. She tells me the smell comes from her water, but it’s hard for me at this point to figure out where exactly it’s coming from. I just know I can breathe outside.
“We’re having big problems because the water’s bad,” said Moten. “We just been bombarded from all this time.” Dr. Amy Pare at her practice in suburban Pittsburgh.

Doctor Pare first met Edna Moten six years ago. Moten came to her because she had skin lesions. They were hard and thick, and sometimes they looked like boils.
“We didn’t know what they were,” said Pare.
They were mostly on Moten’s face, and hands.
“We just removed them because they looked like cancers,” said Dr. Pare.  “They looked like squamous cell carcinomas, they look like lymphomas, but they’re not. You didn’t want to miss anything, you didn’t want to miss any cancers so you would call up a pathologist and you would ask them and then they would refer it on to somebody else.”
Doctor Pare sent biopsies to several pathologists. She got the same results.
“It’s not a lymphoma,” said Pare. It’s not a leukemia, it’s not skin cancer. It’s a local inflammatory response. An inflammation is your body’s response to an irritant. That’s all we can say.”
But what she found really puzzling was that it wasn’t just Edna Moten. A bunch of people in the area were showing up with similar symptoms, including Moten’s daughters and neighbors.
“It just didn’t make sense,” said Pare.  “Why would you have clusters of people with inflammatory lesions on their face? So then when you would ask them, do you work in the same plant, what do you have in common? It was that they live near gas drilling areas. But I can’t say there wouldn’t be people in other areas who have these same symptoms. What would cause these type of inflammatory lesions, what type of exposures would that be?”

What, if any, are the links to drilling?

So Doctor Pare wondered, is there a connection between these lesions and gas wells? But that proved to be a tough question to answer.
“I’m not an epidemiologist, I’m not a toxicologist,” said Pare.
Pare makes an important point.  She, along with most general practitioners, and pediatricians, are not trained to evaluate whether chemicals in the environment are making a person sick. So Dr. Pare tried to find people who were experts.
She reached out to doctors in other states. She tried to find studies on the health impacts of this process for extracting gas, called hydraulic fracturing.  But few such studies exist, yet.
There hasn’t been much money for this type of research. Public health advocates in Pennsylvania had pushed for funds to do a health survey in heavily drilled areas, like Washington County. But that money was taken out of the new oil and gas law, known as Act 13, before it was passed by the legislature in February. Pare reached out to a nurse in Washington County who was looking for similar answers. She suggested Doctor Pare take urine samples.
The results just brought up more questions.
They showed things like methane, hippuric acid, and phenol in the urine.
“So for one of the patients we tested his phenol level is 34,” said Pare. “I would not expect to see phenol in someone’s urine, but once again I’m not a toxicologist and this is something that I would say ok, I need an expert now to be able to help this person.”
So Doctor Pare called up the poison control center in Pittsburgh, the public health department and the state Department of Environmental Protection. She called the Environmental Protection Agency, and they referred her to the Centers for Disease Control and Prevention. None of these calls helped her solve the mystery.
Her conversations with experts at the Pittsburgh Poison Control Center and the CDC told her it would be very difficult to make a link between the results of the urine test and the skin lesions. In fact, it may not have even been the right test to do based on Moten’s water samples. And, it really requires good detective work on a doctor’s part. Pare would have to do an extensive health history and document what kinds of chemicals her patients may have been exposed to, including diet, and medications. But she and her patients are not even sure what exactly they were exposed to, if anything. Dr. Pare just knows what ended up in the urine.
“Those things end up in their urine,” said Pare. “I don’t know how they get there, I don’t know whether they breathe them in, whether they drink them in.”

It turns out phenol and hippuric acid could get in a person’s urine in several different ways.
Toxicologists say phenol can end up in urine after smoking lots of cigarettes, or eating lots of sausage, or even fried chicken. But it can also come from exposure to benzene, a drilling related chemical. The source of hippuric acid could be food preservatives, or something as common as tea or wine. Or, it could be toluene – another drilling related chemical. And for your average doctor, to not be able to help their patients, this situation is really frustrating.
“I’ll be honest, we’re definitely looking for help and assistance to try figure out why this is,” said Pare. “And quite frankly, if it’s not related to gas drilling we want to know what it is related to.”
Dr. Tony Pizon, who is an assistant professor at the University of Pittsburgh and an expert in toxicology, has fielded calls from others physicians on this issue.  He says it’s difficult even for someone with his background to link chemical exposures and sickness.
“Taking aspirin could give you high urinary phenol levels as well,” said Pizon. “So there’s other exposures that may or may not be related to Marcellus shale drilling too. It becomes exceedingly difficult.”

Pizon says calls from local doctors with questions about Marcellus Shale related exposures have jumped significantly. He says he understands why doctors like Amy Pare are having a hard time solving the mystery.
“I think a lot of specialists know what toxins they deal with on a daily basis. But in general when it comes to chemicals, and pesticides, and those things associated with Marcellus Shale drilling, I think those are a big enigma to most physicians.”
Although Pizon says he knows of drilling related exposures, he thinks there have been only a few cases. And of those, he says most have been limited.
Still, Dr. Pare understands how tough it is for the residents of Rae.
“It makes you sick,” she said. “It gives you headaches, you feel sick. You feel like you want to throw up. And I feel sad for the people who are effected because they have no one to protect them. I think the medical community needs to get together to protect them, because quite frankly that’s our job.”
Doctor Pare isn’t giving up hope. She’s trying to organize training to help doctors like herself know what to do when patients in gas drilling areas come in with strange symptoms. She’s also collecting data for a new project to study health in drilling areas.