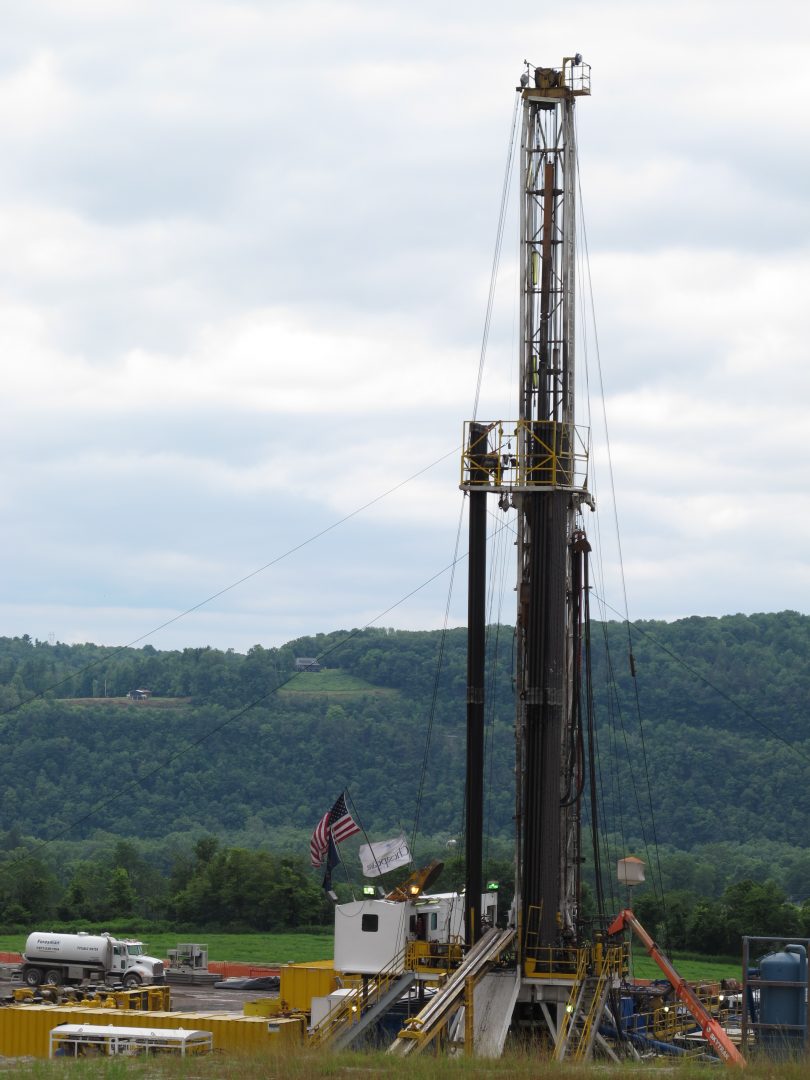 Local officials don’t like either General Assembly plan to impose an impact fee on natural gas drillers – so much so that representatives from more than 40 southwestern communities will meet on Tuesday to voice their opposition to the measures.
It’s not the per-well levies, which begin at $40,000 in the House bill, and $50,000 in the Senate bill, that bother them. Instead, it’s the limitations on local governments.
Both pieces of legislation, which passed the House and Senate last month, crack down on local governments’ ability to zone and regulate natural gas drilling.  If either measure becomes law, municipalities would not have the power to bar hydraulic fracturing in residential zones, among other restrictions. (Click here to read the full scope of the two measures’ restrictions.)
Richard Ward, the township manager in Robinson, said the limitations are “disturbing.”  He’s organizing the town hall-style meeting, which will be held Tuesday night at the Green Tree Borough Municipal Building, in Allegheny County.
“The goal is to show a unified stand against the preemption language,” he said. “This is not about gas and oil drilling – not to debate whether gas and oil is good or otherwise. This is to show a unified stance on the separation of local government from state government rule.”
Both bills “take away from the ability of local municipalities to maintain zoning and land regulations,” he added.
Neither bill, of course, is going to be voted into law as-is. Top lawmakers from both parties have spent the last few weeks meeting behind closed doors, working on a compromise between the two measures. But since the preemption language in both the House and Senate bills is near-identical, there’s a good chance the current system, which makes the Attorney General an arbiter of whether or not a local regulation is “reasonable,” would end up in the final product.
The restrictions are intended to standardize regulations across Pennsylvania, in order to make the commonwealth a more business-friendly climate for drillers. Ward says he and his fellow southwestern township managers aren’t just angry at Harrisburg lawmakers – they’re also upset with the group that represents them there, the Pennsylvania State Association of Township Supervisors. PSAT’s executive director, Dave Sanko, fought hard against a previous incarnation of the impact fee, which would have completely superseded all local drilling regulations. He called the Attorney General scheme a step in the right direction, which Ward equated to “throwing [townships] under the bus.” Ward said the group is “not representing the interest or will of municipalities.”
Sanko said Ward’s statement is “a total misunderstanding” of where PSATS stands on the measure. “We don’t think [the House bill] or [the Senate bill] are or should be the final resolution,” he said. “We support the process that moved, heading in the final direction. We don’t think they’re done.”
He said the group is fighting for as much local control as possible. “The Senate wanted to do statewide zoning. The House and governor wanted to do complete and total preemption that went beyond zoning,” he argued, warning across-the-board preemption is still being pushed by the Corbett Administration.
But many local officials don’t see the new language as an improvement. Robinson Township’s Board of Supervisors Chair, Brian Coppola, called it a “disaster,” saying, “Anything that allows a heavy-industrial use to go into our residential areas is pre-emption,” he said. “Because that really is the foundation of zoning.”
Sanko won’t be at the Tuesday night meeting, and said organizers told him he wouldn’t be allowed to talk, if he did show up. He questioned the town hall’s value. “They’re having a meeting to influence a bill in the final days of the legislative process, when no legislators are going to be there?” He predicted, “a whole bunch of drilling supporters and opponents…shouting at each other. I think it’s going to get out of control very quickly.”
The session begins at eight p.m.