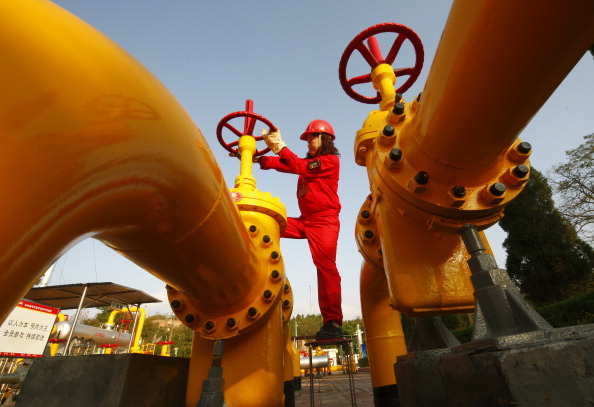 A New York company has come out swinging against comments made by the Environmental Protection Agency regarding a proposed gas pipeline in north central Pennsylvania. Last week we reported on opposition to the 39-mile-long, 75-mile-wide, Marc 1 Hub pipeline project.
Central New York Oil and Gas, which is a subsidiary of the Kansas City based Inergy, wants to construct an interstate pipeline through Lycoming, Sullivan and Bradford counties. Environmentalists say the pipeline will not only hurt ecosystems, but also speed up the development of an industry they think needs greater oversight. So their strategy is to ask the Federal Energy Regulatory Commission to do a more extensive environmental impact study. That would slow down the project, and therefore, slow down drilling.
The EPA says the environmental assessment was inadequate and asks for the more thorough, and time-consuming review. But a response filed by Central New York Oil and Gas questions why the EPA has taken the unusual step of weighing in on the pipeline fray when no federal funding is involved. CNYOG accuses the EPA of succumbing to environmental lobbyists.
Central New York Oil and Gas says the environmental lawfirm Earthjustice, which represents several local groups, has created a controversy where none exists.

“…it is difficult to envision how any future pipeline project will be able to surmount opposition armed with a computer and a blog capable of generating tens of thousands of electronically generated, unsigned letters of opposition from individuals located literally anywhere on the planet.”

The proposal has generated about 20,000 public comments. Both the EPA and Earthjustice say FERC’s less extensive environmental assessment doesn’t go far enough. They want a study that looks at the cumulative impacts of the Marc 1, which would consider the effects of other new pipelines, and subsequent gas wells. The EPA’s comments sound a siren on the impacts of future drilling.

“…there are enough environmental and public health issues of concern and significant public interest, and arguably public controversy, ….to warrant” a full environmental impact study.

But CYNOG says gas drilling in remote areas of Lycoming and Sullivan counties is not dependant upon their proposed pipeline. In fact, CNYOG says without the Marc 1, gas companies will have to build more smaller pipelines to get the gas to market. And those lines, called “gathering lines,” will not come under the same federal scrutiny as the Marc 1. Read CNYOG’s full comments here.