State Question 758 is a statewide measure on Oklahoma’s November 2012 ballot.

This measure amends a section of the state constitution that deals with property taxes. The measure would decrease the cap on increases in “fair cash value” of property taxes. Currently, increases are limited to 5 percent of fair cash value per year. SQ 758 would lower the cap to 3 percent for homestead exempted property and agricultural land.

A ‘no’ vote means the cap on increases in the fair cash value of all land would remain at 5 percent.

Due in large part to the state’s Dust Bowl history during the Great Depression, property taxes are a sensitive subject among many Oklahomans.

State Question 758 addresses the fair market value of homes, and county assessors have a history of using the 5 percent annual cap “as an automatic increase,” the State Chamber of Oklahoma writes. Being able to “lower the maximum annual increase” could provide a better control on property taxes.

“It’s a measure to limit increases to the appraised market value of a property, which determines property taxes.

Americans for Tax Reform, some Republican lawmakers — including Rep. David Dank, R-Oklahoma City — and the Sooner Tea Party are encouraging a ‘yes’ vote on State Question 758.

State Question 758 was “designed to slow the growth in property tax bills,” writes Kyle Baccei with American for Tax Reform:

If passed, both measures will help increase economic growth and provide Oklahomans with some much needed relief in mid the current economic uncertainty.

State Rep. Mike Ritze, R-Broken Arrow, also thinks passing SQ 758 is a good idea. The Oklahoman‘s editorial board is also encouraging a ‘yes’ vote on SQ 758, which they write would slow the growth of tax collections, but wouldn’t cut it.

Under SQ 758, property tax collections will continue to increase, just not as fast. Some property tax recipients, particularly schools, may argue this is a cut, but that’s not the case.

The Oklahoma Tax Commission estimates that SQ 758 has a $6.5 million statewide fiscal impact; of which public schools will lose $4.225 million in growth revenue, officials with the Cooperative Council for Oklahoma School Administration write.

The Tulsa World‘s editorial board is encouraging a ‘no’ vote on SQ 758, which they say would benefit wealthy, suburban homeowners and disadvantage those with stagnant home values:

While the presumptive purpose of the measure is to rein in annual increases in property taxes, opponents urging a ‘no’ vote on SQ 758 say that might not be the case. Many counties have fixed expenses funded by property taxes, and if there isn’t enough tax revenue to meet those costs:

… the county assessor would be forced to increase millages on all properties to raise the necessary revenue, the World’s editorial team writes.

“everyone could end up paying higher rates to meet fixed expenses that are funded
with property taxes, such as school bond payments,” the Oklahoma Policy Institute argues. 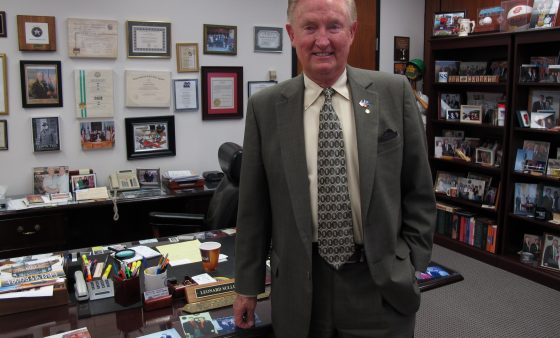