From its mission statement:

The overriding mission of the Board is to mobilize equity and near-equity capital for investment to create jobs and diversify and stabilize the economy of the State of Oklahoma… the Board looks to support the growth of a broadly diversified financial industry capable of providing the necessary risk capital to Oklahoma entrepreneurial companies, ranging from early stage startups to later stage expansions.

The OCIB was created in 1985, made its first investment in 1993, and became a semi-privatized public trust of the state on Jan. 1, 2001. The State of Oklahoma is OCIB’s only beneficiary.

The five members of the OCIB board — selected for being knowledgeable business leaders — are appointed by the governor with the advice and consent of the state senate.

OCIB is among the incentive programs targeted by the tax credit task force. 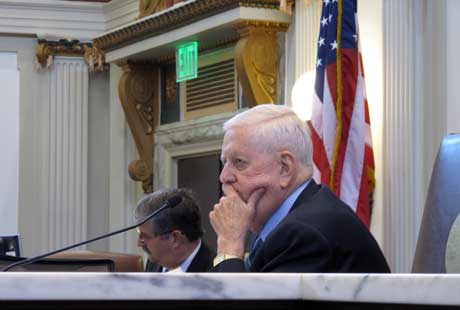