Alison Williams, 14, talks about her experience with school resource officers as a 12-year-old student at Irving Middle School in Norman. 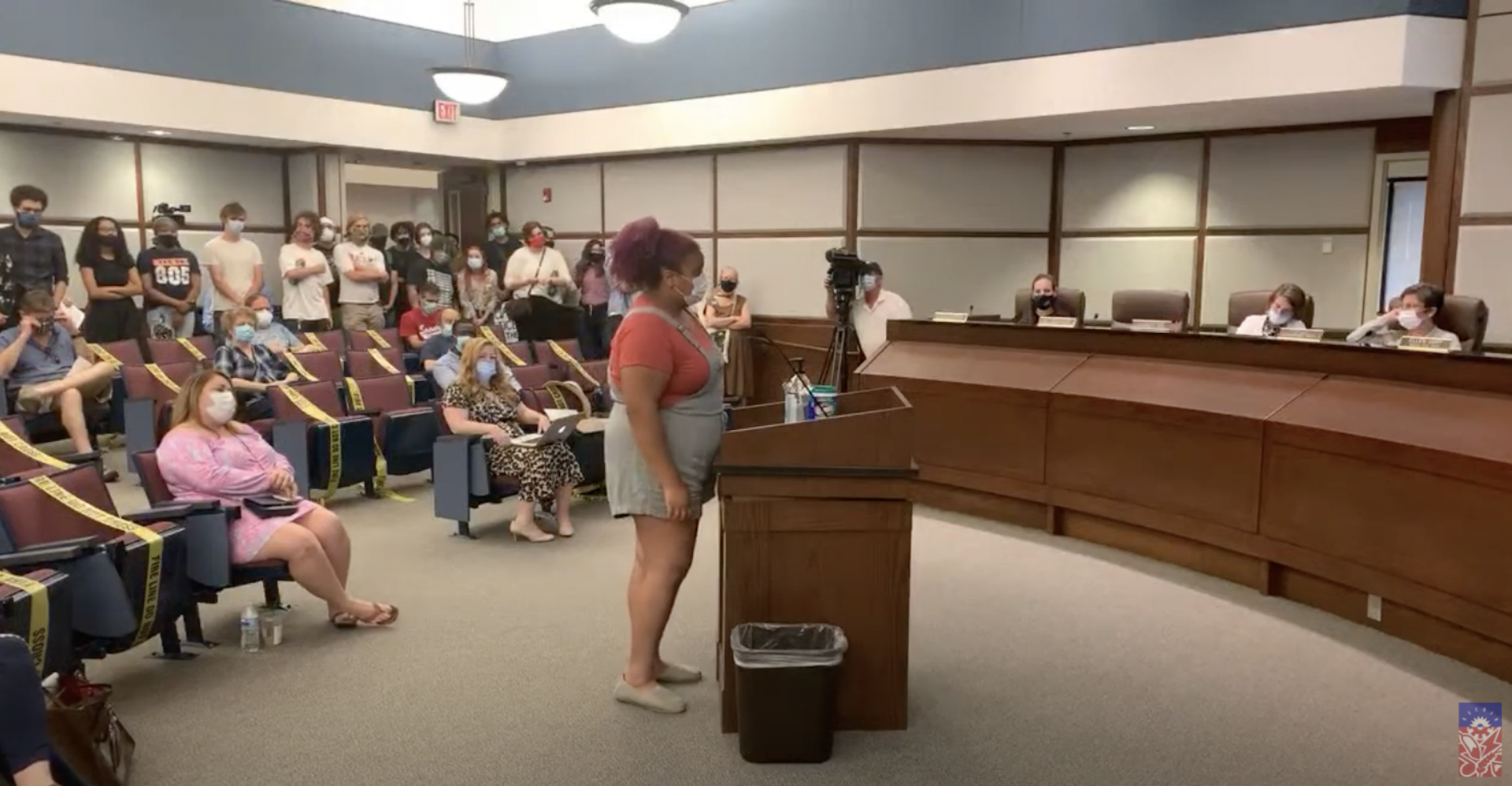 Alison Williams, 14, talks about her experience with school resource officers as a 12-year-old student at Irving Middle School in Norman.

She remembers being handcuffed as a 12-year-old Irving Middle School student after getting in a fight with someone she said was bullying her. After the dust settled administrators at her school took action.

“They spent over 30 minutes looking for a police officer to put me in cuffs, to put me in a cop car, to tell my mom that she has to come pick me up from the jailhouse,” she said.

The 14-year-old Norman girl described her experience at a raucous Norman City Council meeting Wednesday to discuss the city’s budget. Activists – many with the group Norman Citizens for Racial Justice – flooded the meeting to call on the council to pull money from the police department.

Members of the group said they would rather officers in Norman schools were replaced with social workers or trained counselors.

The meeting was supposed to feature passage of a city budget. But that was suspended so council members could take a fresh look.

The decision to suspend the budget hearing until next Tuesday was met with cheers from the crowd gathered and touted as a “mini victory.” But it’s unclear what might actually be axed.

Norman has had officers in its schools since 2016, after voters approved a public safety sales tax that funded the first police in the city’s schools in 2014.

The Norman Transcript reported in its first year, the program cost more than $800,000 annually and costs were to be equally split between the school district and police department, which gets its budget from the city.

According to the Norman Public Schools website, the program is currently being fully implemented over five years. There are nine officers currently listed as taking part and when it’s full-sized there will be 13 total.

“The district and police department worked together closely to clearly outline roles and responsibilities of each organization to ensure routine discipline issues continue to be addressed by school administrators, rather than by police officers,” the district’s website says. “The groups agree that robust planning sessions and training will help ensure best practices are in place for students’ safety.”