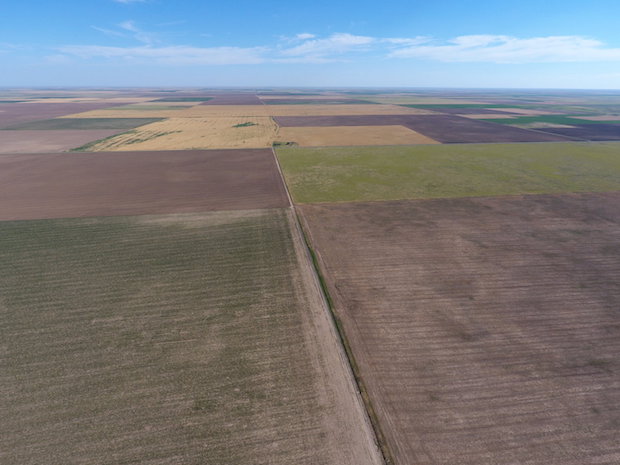 Aerial photo of the site where the Wind Catcher Energy Connection Facility will be built in the Oklahoma Panhandle.

The largest wind farm in the U.S. is under construction in Oklahoma’s panhandle, an 800-turbine project expected to deliver electricity to more than 1.1 million customers in four states.

Chicago power developer Invenergy and General Electric teamed up on the 2-gigawatt Wind Catcher Energy Connection facility, which should be online by 2020.

The $4.5 billion project includes 350 miles of 765-kilovolt power line built by American Electric Power to connect the wind farm in Cimarron and Texas counties with a substation north of Tulsa.

AEP is asking state regulators for approval to build the power line and to purchase the electricity and distribute it through subsidiaries Public Service Co. and Southwestern Electric Power Co. to customers in Oklahoma, Arkansas, Louisiana and Texas. 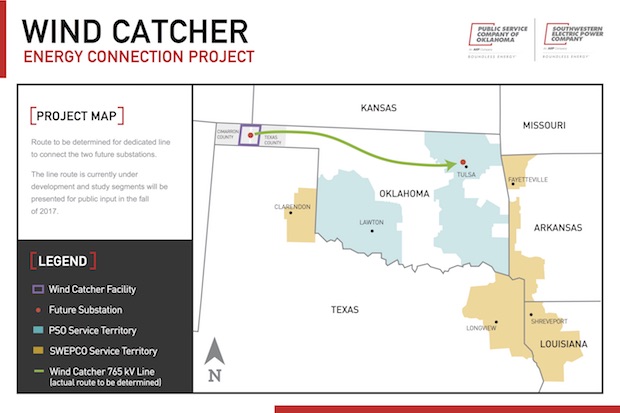 Map showing location of Wind Catcher project, including the rough path of a 350-mile power line connecting it to customers in eastern Oklahoma and Arkansas, Louisiana and Texas.

Construction started last year. Invenergy and GE say the project will create 4,400 jobs during construction and 80 permanent jobs. When complete, Wind Catcher is expected to be the second-largest wind farm in the world.

State lawmakers ended the incentive for new wind projects July 1 after concerns about its rising costs. The incentive offered a 0.5 cent per kilowatt hour tax credit that can be carried forward up to 10 years.

“This project is not dependent on any state subsidies,” Invenergy spokeswoman Mary Ryan said in an email.