U.S. Sen. Jim Inhofe, R-Oklahoma, promoted investment in infrastructure in a day-long tour that included a stop at the Frederick Regional Airport. 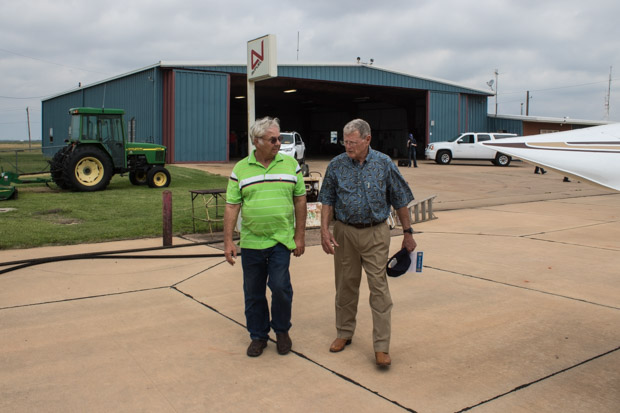 U.S. Sen. Jim Inhofe, R-Oklahoma, promoted investment in infrastructure in a day-long tour that included a stop at the Frederick Regional Airport.

A cornerstone of President Trump’s campaign and presidency is a $1 trillion proposal to rebuild U.S. infrastructure. The promise is a popular one, and could find bipartisan support across the country and in Congress. The infrastructure needs in Oklahoma illustrate why this issue is so appealing — and challenging.

The word “infrastructure” is most commonly associated with roads, highways and bridges, but it’s really much bigger than that: It includes all the parts that make up the basic physical systems that keep cities, states and the nation moving, working and living.

Infrastructure is so immense and immersive, it’s actually kind of hard to see. Get above ground-level, and it’s easy to understand why this is such a massive, complex challenge.

Earlier this month, Republican U.S. Senator and commercial pilot Jim Inhofe piloted his twin-engine Cessna on a day-long tour of small airports across Oklahoma. Inhofe chairs a Senate subcommittee on infrastructure and is a big supporter of Trump’s promise to help repair, upgrade and expand the structures and equipment states like Oklahoma run on.

The first stop was the Jones Memorial Airport in Bristow. Immediately after landing, Inhofe had to swerve the small plane to avoid parts of the crumbling tarmac.

“We were dodging cracks,” Inhofe said, climbing out the pilot’s seat. “You probably noticed that didn’t you?”

Inhofe says small cities like Bristow need the federal government’s help to repair and improve decaying runways at airports like Jones Memorial.. The small airport in the community of about 4,000 is home to Consolidated Turbine Specialists. Technician Mike Coopers says the tarmac is the lifeblood of the  company.

“This one here needs some attention,” he says. “It’s in bad shape.”

The company isn’t a big name, but it employs about 35 people and it attracts customers from across the country because it has a good reputation for repairing and overhauling a specific set of engines used in personal and commercial airplanes and helicopters. Cooper wants CTS to grow. The lynchpin now is Bristow’s crumbling tarmac that limits the size and number of aircraft that can come in and out of the hangars here.

“When you have a business in aviation, you have small aircraft that come in quite regularly,” Cooper says. “It’s a big part of the big picture.” 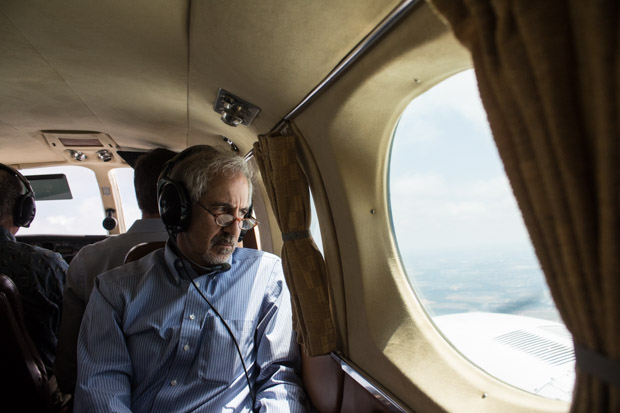 “America desperately needs to invest in our infrastructure again,” says Oklahoma Aeronautics Commission Director Victor Bird, who is hoping for more federal money for general aviation airports. “We haven’t kept pace with the rest of the world, and we haven’t done what we needed to do.”

Bird is confident President Trump has a broad view of infrastructure that includes smaller aircraft hubs.

“I know he’s very cognizant of general aviation airports because he has used them a lot as a businessman,” he says.

Oklahoma and the rest of the country’s infrastructure needs don’t stop here. States want federal help with waterways, like Oklahoma’s Port of Catoosa and the McClellan–Kerr Arkansas River Navigation System. States are also looking for federal dollars for and municipal drinking water and sewer systems.

Funding for such projects is uncertain, however. Congress has shown little evidence of backing new spending, and Oklahoma — which already has poor roads and deficient bridges — as well as other states, have found it difficult to ensure funding for their own smaller scale infrastructure projects.

Financing through public-private partnerships, too, is often a poor long-term solution.

“Much of our infrastructure in this country is 50 if not 100 years old and we need to repair it and rebuild it,” says Marcia Hale, president of Building America’s Future, a nonpartisan coalition of former governors, mayors and other elected officials pushing for infrastructure investment.

That’s fixing the past, which Hale says is only part of the nation’s infrastructure equation. For the future, Oklahoma and other states will likely need federal help with new technology infrastructure, including things like a better electric grid and broadband internet.

“Autonomous cars and the technology that is helping cities become what we call “smart cities” is upon us,” Hale says. 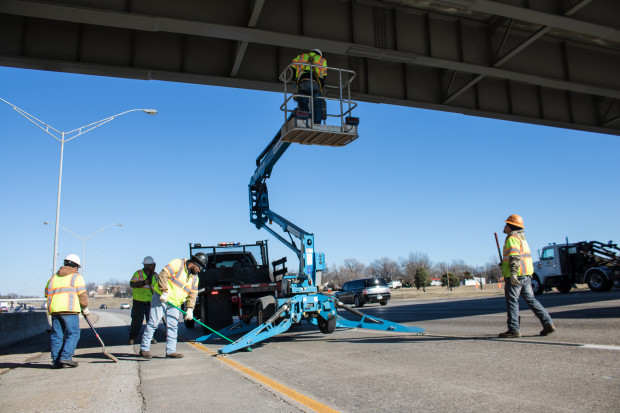 Crews with the Oklahoma Department of Transportation repairing an overpass in Oklahoma City.

Back on the tarmac at a tour stop near the southwestern Oklahoma community of Frederick, Sen. Inhofe says the Constitution specifically directs the federal government with overseeing infrastructure.

“The two main things we’re supposed to be doing are defending America and then infrastructure,” Inhofe says. “They called them post roads back then, and that’s the kind of spending people like.”

There’s a rundown runway in every state, and a line of city and state officials, industries and organizations with long lists of infrastructure fixes. Many of them are excited by President Trump’s assurance that federal help is on the way. But even a Republican supporter and infrastructure insider like Sen. Inhofe isn’t sure yet how Trump plans to pay for it.