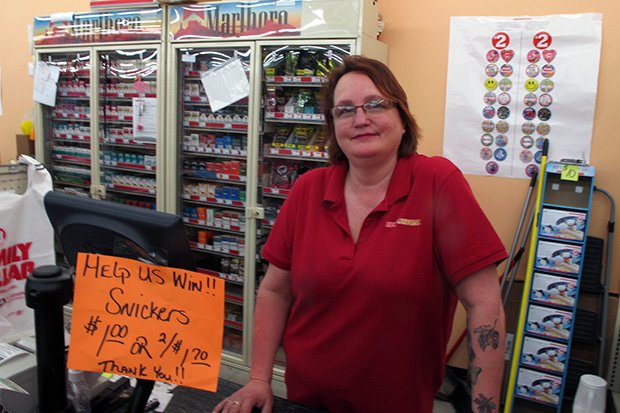 Heart disease, diabetes, and obesity are epidemic in Oklahoma, and lack of access to fresh, healthy food is a big reason why. Scarcity is most severe in regions known as food deserts, where going to the grocery store often means taking a road trip. But new legislation awaiting the governor’s signature could bring more healthy food to areas that need it.

A Family Dollar store opened about two years ago in the tiny western Oklahoma community of Geary — the closest thing to a grocery store for miles around. There are frozen and canned vegetables, but as manager Jacquie Hogue checks out customers, she says the perishable food choices here are limited.

Geary is on the edge of one of Oklahoma’s many federally designated food deserts, areas of the state that are both low income and more than 10 miles from the nearest supermarket or large grocery store. In urban areas the threshold is one mile. Fifty-five of the state’s 77 counties have food deserts. For Geary resident Jordan Medicine Bear and her young daughter, there aren’t many healthy options nearby.

“They probably have, like, small packages of meat at the grocery at the Family Dollar, or at the restaurant. Other than that, no, not too much,” she says.

The nearest full-fledged supermarket is 30 or 45 minutes away in El Reno or Watonga, Medicine Bear says.

“We’re wanting to make the healthy choice the easier choice,” Waggoner says. “People can’t improve their health and have active, healthier lifestyles and break some of those systemic cycles if they don’t have access to the foods that will help them grow healthier.”

The fund would help construct grocery stores, expand local farmers’ markets, and help corner store owners buy refrigerators if they want to offer fresh foods — anything that would help expand healthy choices in Oklahoma’s food deserts. The money would be available as loans or grants.

Waggoner says there are several private businesses and nonprofits ready contribute to the fund. And there’s federal money available for the program, too, because of the former first lady’s Let’s Move campaign.

“It really got its main push through Michelle Obama’s campaign,” Waggoner says. “Then there was a lot of federal funding allocated to the USDA for Healthy Food Financing Initiatives.”

Oklahoma doesn’t have a program to take advantage of that federal money, but it’s about to. Waggoner expects Gov. Mary Fallin to sign the food desert bill, and Peggy Thompson, deputy commissioner of the Oklahoma Department of Agriculture, Food and Forestry, is ready to put it into action.

And because the program relies on federal and private money, Oklahoma’s Healthy Food Financing Initiative won’t depend on fickle state funding. 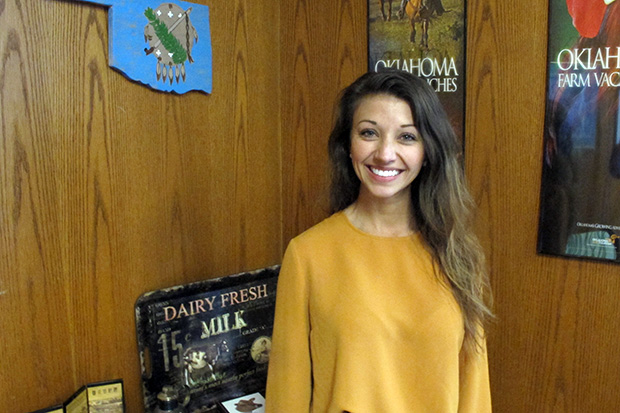 “This is something that’s been done in numerous other states,” Thompson says, including Alabama and Louisiana. “They’ve seen tremendous effects of the grocery store, or the community store, the little corner store being very successful. And studies are showing that people want that healthy food, they just don’t have access to it.”

Back at the Geary Family Dollar, manager Hogue says she might be interested in using the new program herself.

“If the company would allow it — because we are a corporation — if they would allow it, I’d be all for it,” she says. “Everything for my customers and the community, I’m up for it.”