A 5.0-magnitude earthquake in November 2016 damaged dozens of buildings in downtown Cushing, Okla. 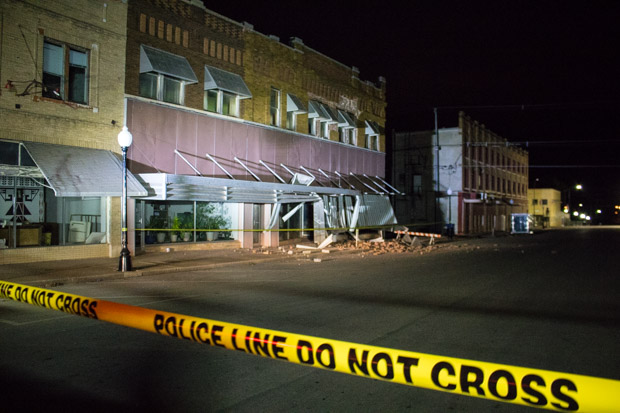 A 5.0-magnitude earthquake in November 2016 damaged dozens of buildings in downtown Cushing, Okla.

Attorneys are asking a district court judge to approve a class-action lawsuit against oil and gas companies after a 5.0-magnitude earthquake rattled near the town of Cushing in November.

The action, similar to one filed after the record-setting 5.8-magnitude quake near the town of Pawnee, was brought Monday on behalf of several residents seeking compensation for homes and businesses damaged by the quake and money for emotional distress. The filing also asks that punitive damages be levied on oil and gas companies operating wastewater disposal wells near the epicenter of the quake.

If a judge approves, other residents could join the lawsuit. Six energy firms are named in the filing, but more could be added down the road. None of the named companies have responded to the filing in court.

The November quake caused one minor injury and damaged dozens of homes, municipal properties and century-old buildings in downtown Cushing.

The magnitude-five temblor also forced a temporary shutdown at the Cushing crude oil storage terminal, a critical component of the U.S. energy market.