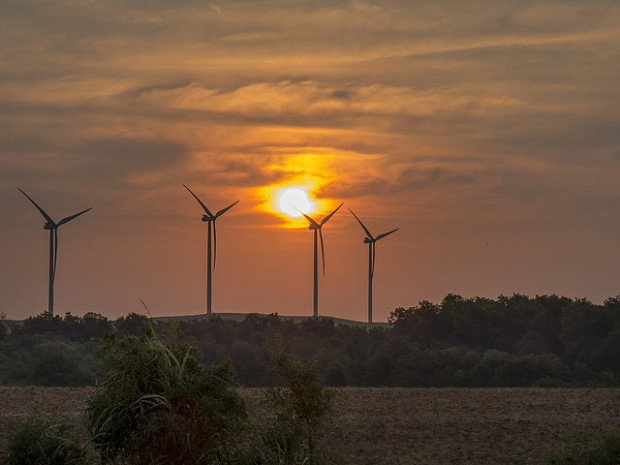 A political panel tasked with evaluating state tax incentives voted Tuesday to approve a report that recommended curbing a tax credit used by the wind industry.

The Incentive Review Commission, established by the Legislature in 2015, approved reports on 10 of 11 incentives under review this year. Collectively, those incentives reduce state revenues by at least $150 million annually, Oklahoma Watch’s Warren Vieth reports.

An independent firm researched and produced the reports, which included one that recommended the state cap or narrow the eligibility window of the zero-emission tax credit.

PFM Group recommended curtailing the wind-power tax credit, which cost the state $113 million in fiscal year 2014. It suggested ending eligibility for new wind plants in 2018, three years ahead of schedule, or imposing a hard cap to reduce annual outlays to an amount considered more acceptable to the state.

The wind power credits, which were designed to help a new renewable energy industry get on its feet, have become increasingly contentious as their cost escalated far beyond initial projections. The legislature already has voted to end a related property tax exemption, and a coalition of oil and gas producers has urged lawmakers to take further action to curtail the subsidies.

The wind industry, not surprisingly, is pushing back against the report and recommendation, The Journal Record’s Dale Denwalt reports:

Lance Brown with the Partnership for Affordable Clean Energy, a regional interest group that will release a report next week on wind energy in Oklahoma, said he hopes lawmakers preserve the tax credit.

“We would prefer that they don’t prematurely take it off the table,” he said. “Our position has been that you should build wind projects where they work the best, and they work very well in Oklahoma.”

The report and recommendation could help pave a political path for lawmakers who have already said curtailing tax credits for the wind industry is a priority for the 2017 legislative session, which could start with a $600 million budget hole and none of the one-time fixes that were available to help fill the 2016 gap.