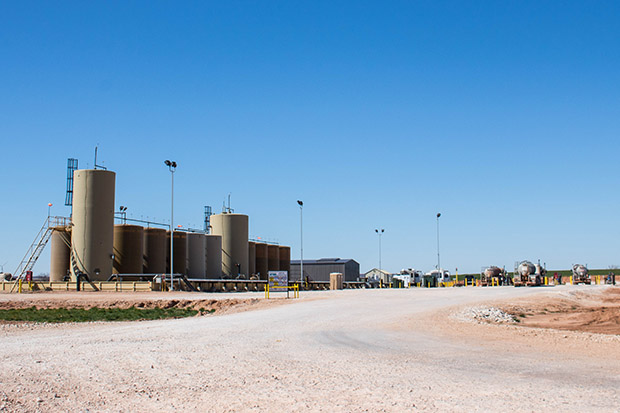 Oklahoma is still experiencing an unusually large amount of shaking, but the rate of earthquakes recorded in 2016 is down from last year.

The slowdown is likely due to reductions in the amount of waste-fluid the oil industry is pumping into disposal wells, which are thought to be causing most of the shaking.

Regulators this year increased restrictions limiting wastewater disposal and expanded the area in the state those constraints cover, Williams said. At the same time, a decrease in oil and gas activity led to a smaller volume of water being disposed of, also potentially contributing to fewer quakes, he added.

And, while the overall rate of quakes is down, Oklahoma is still shaking at historically high levels, Miller reports:

While the overall rate of earthquakes is down, the temblors are still happening regularly in Oklahoma. In the past 30 days, 26 earthquakes with a magnitude-3.0 or greater have hit the state, according to USGS data. A magnitude-4.0 rocked an area just outside Oklahoma City early Wednesday.