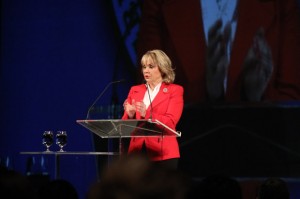 The Energy Revenues Stabilization Act was created through House Bill 2763, authored by Rep. John Montgomery, R-Lawton. The measure siphons off above-average tax revenues levied on corporations and oil and gas production and saves it in an account that can be tapped during state funding emergencies.

Government funding in Oklahoma is particularly susceptible to swings in oil and gas prices, and overall tax revenue has been limited by years of tax cuts. Oil and coal downturns have hurt other states, too, but some, like North Dakota, have been buoyed by large energy savings accounts.

Oklahoma’s new stabilization fund can only be withdrawn if state finance officials declare a revenue failure, as they did in February 2016.

“They won’t know our names, but they’ll be very grateful to us that we do this,” he said on the Senate floor. “I think it’s an excellent response to the situation we found ourselves in this year.”