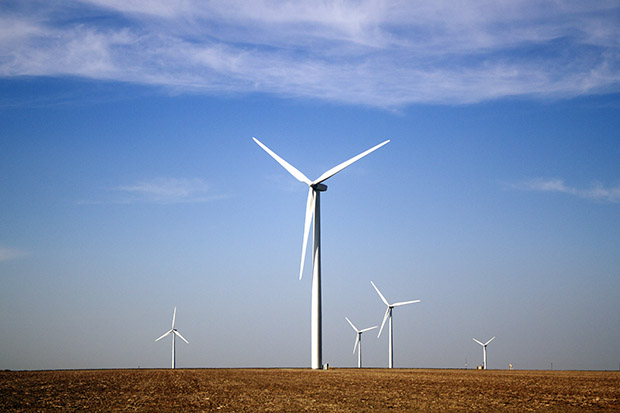 U.S. Sen. James Lankford is introducing a bill to remove an expired wind energy incentive from the federal tax code.

The federal Production Tax Credit for wind energy expired in December 2014, but since it’s part of the tax code, lawmakers can extend it by bundling it with legislation to extend other tax credits and incentives. That has happened as recently as July, when a Senate committee voted to extend the PTC as part of a $95 billion bundle of incentives.

That incentive bundle, called the Tax Relief Extension Act of 2015, hasn’t been scheduled for a full vote. The bill by Lankford, R-Oklahoma City, would make permanent the “sunset” of the PTC for wind energy. In a statement, Lankford’s office said the wind industry is self-sustainable and doesn’t need the subsidy:

Wind generation has grown 5,000 percent and production has spiked from 2.8 million megawatt-hours to 167.6 million megawatt-hours. Meanwhile, the cost to taxpayers for the PTC for all qualified renewables has increased substantially since it was put in place. Though the industry no longer needs the support, another two year extension of the subsidy is estimated to cost taxpayers $10.5 billion over the next ten years, and nearly all of the funding is attributable to the wind industry.

“The PTC was put in place to encourage new innovations and supply our country with diverse energy,” said Lankford. “I am a fan of an all-of-the-above energy strategy, and I certainly support wind as a large part of that goal. The wind industry has made major strides over the past two decades, and they have proven their industry to be efficient and self-sustainable. There is no need for the taxpayer to continue to subsidize a wind start-up tax credit.”

Wind energy is big in Oklahoma, which ranks No. 5 in installed wind capacity. The wind industry has pushed lawmakers to extend the federal PTC — a 2.3 cent per kilowatt hour credit on wind-generated electricity for up to 10 years — which Congress has let expire five times since it was enacted in 1992.