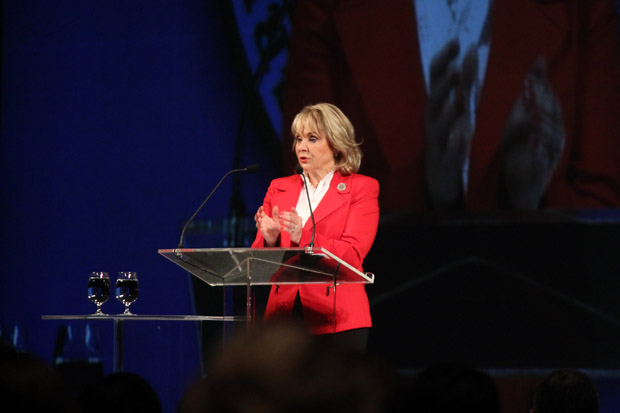 Executives of oil and coal companies pushed Gov. Mary Fallin to “pay more attention” to their industries in public remarks, according to state emails obtained by Greenwire.

Both Hamm and Craft, a native of eastern Kentucky, are prolific donors to political campaigns. Both gave money to Fallin’s election effort, state records show.

“Harold [H]amm felt like we don’t give oil its attention and [J]oe felt we give coal no attention,” Fallin wrote. “On coal I mention it on national terms as a mix of the energy resources.”

Fallin spokesman Alex Weintz said the purpose of the conversation was to ensure her remarks reflected the philosophical balance of her “all of the above” plan for energy production, Greenwire reports:

Fallin has maintained the message. At the conference last year, Fallin said, “We are producing a lot of American-made energy here in our state. We’re also doing something some other states, maybe a majority of states, aren’t doing, and that is talking an all-of-the-above energy strategy.”