Workers uncap a well in the western Oklahoma oil field in 2014.

Plummeting Oil Prices Have Pushed Oklahoma Into a ‘Mini-Recession’ 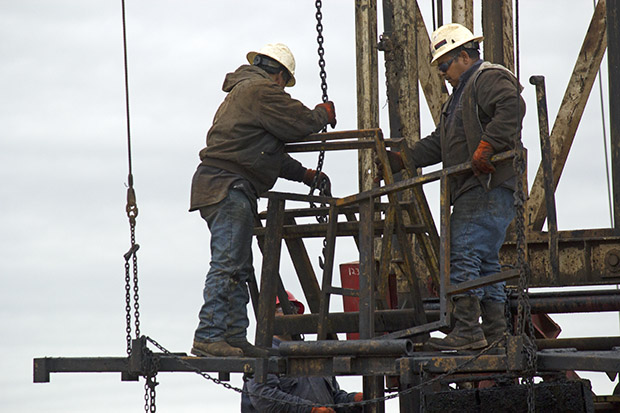 Workers uncap a well in the western Oklahoma oil field in 2014.

“The notion that Oklahoma has diversified away from oil and gas is, at this point, many, many years away,” he said.

“We’re still locked in a pretty good downward trend, and given oil is way below $40 a barrel, we are still looking for job losses in the third quarter and fourth,” said Snead, a former economist with the Federal Reserve and Oklahoma State University.

That long-term view exceeds a July forecast by OSU’s Center for Applied Economic Research. That report projected Oklahoma would endure 13,000 direct energy industry job losses by the end of 2016. But that was based on IHS Global Insight projections that West Texas Intermediate prices would slip below $50 per barrel by the first quarter, then climb back to $65 by the end of 2016.

At the time of this posting, U.S. oil was trading for $38.24. Snead thinks oil futures are likely to rebound early in 2016, but he also expects the next wave of energy industry job cuts to hit white-collar workers:

“They will be among the highest wage jobs in the industry and they will be located more frequently in metropolitan areas.”