Burned Out: In the Field With Overworked and Unpaid Oklahoma Firefighters

Oklahoma has more than 4,000 paid, professional firefighters at departments throughout the state, data from the state Firefighters Pension and Retirement System show.

But its unpaid firefighting force is more than three times that size.

“Volunteering right now is a full-time job,” says Maj. David Thompson, safety officer for the Slaughterville Fire Department. “And it’s wearing us down.”

Men and women from Slaughterville’s department teamed up with other nearby departments — including teams from Little Axe and Cedar Country — to battle a “firestorm” that erupted Friday, Aug. 3. Fires ravaged more than 8,900 acres in Cleveland County and destroyed 141 homes.

Statewide, wildfires have destroyed 603 homes and torched 110,000 acres since late July, state emergency management officials say. Arson is suspected in most of those blazes, and officials estimate that 85 percent of the nearly 680 homes damaged in the last month were uninsured.

Volunteer firefighters are the frontline defense for much of Oklahoma, where the most devastating blazes often rage in rural parts of the state.

When fires erupt, they leave their jobs and families and head into the Oklahoma country. These volunteers are unpaid and receive training on their own time. And while they can qualify for income tax credits and small pensions, most of these firefighters say they just want to help their neighbors.

“That’s the hardest part,” says Jimmy Blair, assistant chief of the Slaughterville Fire Department. “Losing the house. Losing property for someone that doesn’t have a lot, and not being able to save something for someone that has less than us.”

The Men and Women of the Slaughterville Fire Department 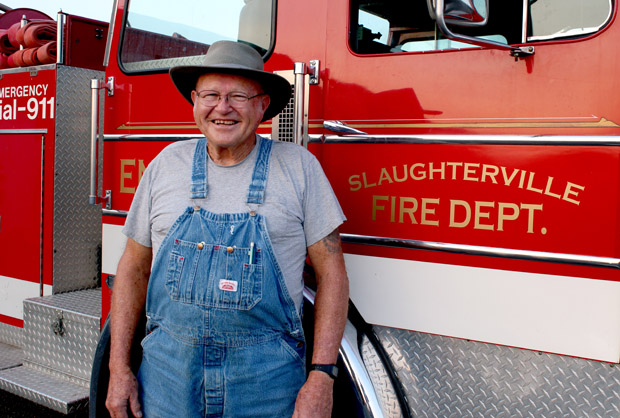 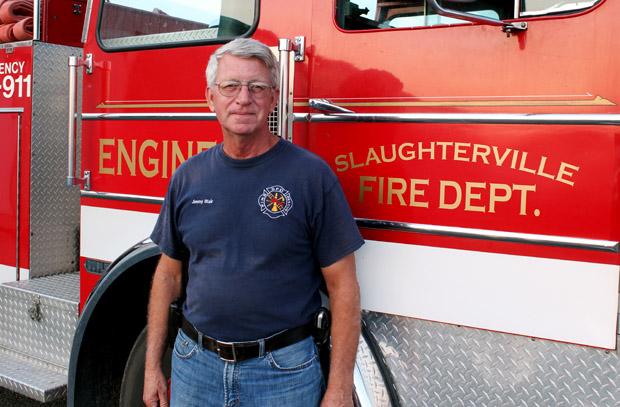 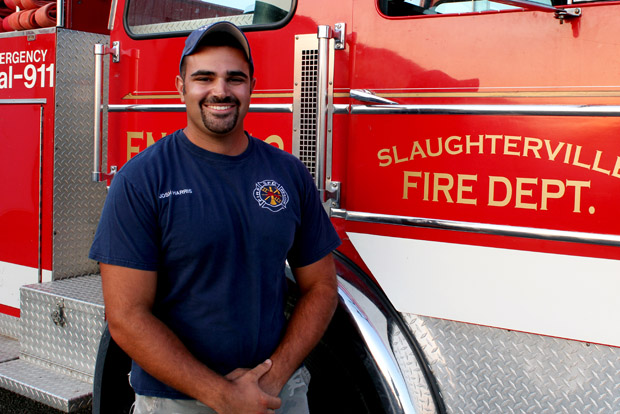 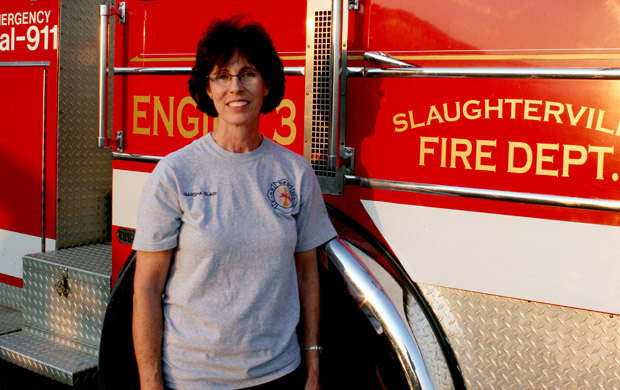 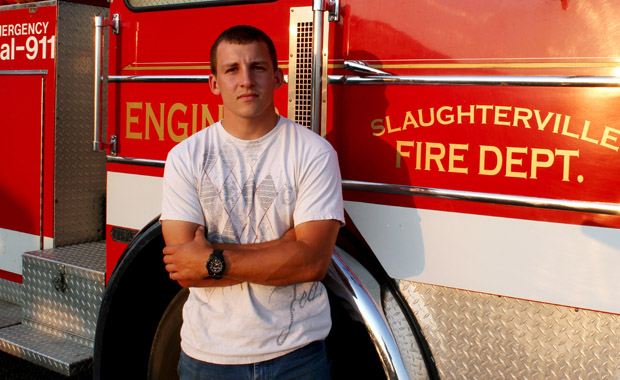 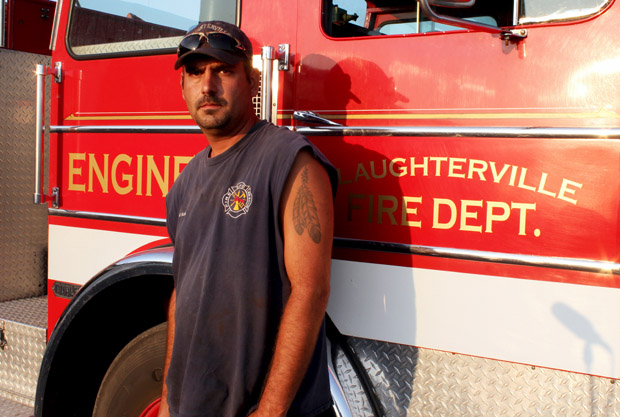 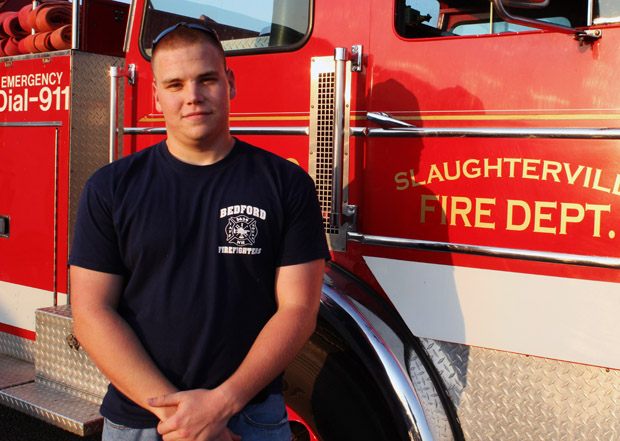 “I knew … just looking at all the smoke, that it was going to be a big one.” “I was on vacation for the whole thing … it was kind of upsetting not to be here.” “… when they lose it all, and there’s nothing you can do.” “Fighting fires can be both good and bad.”

This is part one of a two-part multimedia series on volunteer firefighters.