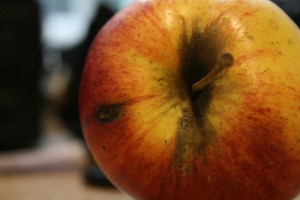 Florida school districts will have a new way to track the financial and academic records of charter school operators.

The National Association of Charter School Authorizers wants to create a paper trail. The group has launched a database that lists who is operating a school and includes performance data from the website GreatSchools.org.

William Haft with the association says it’s surprisingly difficult to track down who runs a charter school.

“We want to help the authorizers, help districts make good decisions,” Haft said. “You want to know how well they’ve been doing, how they’ve been performing… where they’re been doing it.”

Florida is the first state in the database.

Haft says the National Association of Charter School Authorizers is using a combination of publicly available data and surveys or schools to maintain the database. Haft admits it could be a challenge to keep the database current.

“I know we’re going to have corrections,” Haft said. “It’s a beta version. It’s our first time out of the gate. But I have a lot of confidence in the work that went into this in terms of getting it right.”

A rising number of charter school closures has advocates and critics concerned. A South Florida Sun-Sentinel series tracked the issue in Broward, Miami-Dade and Palm Beach counties, finding more than 50 charter schools had closed in the past five year.

The state is also creating a database tracking charter school operators and the State Board of Education has required applicants to reveal past affiliations with charter schools.