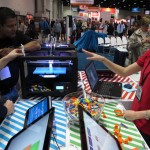 Staff from CPALMS, a Florida site created to help teachers with standards and curriculum, show off a 3-D printer. CPALMS is creating a pilot program with some Florida districts to let schools and students try out the high-tech printers. 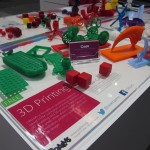 Some items that were created with a 3-D printer. The staff at CPALMS, which provides standards and curriculum help for Florida teachers, were demonstrating the printer. 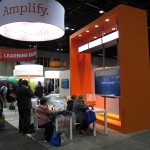 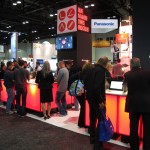 Educators check out the products from Lenovo, a Chinese company which makes computers, tablets and other electronics. 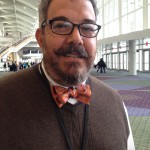 Lincoln High School history teacher Stephen Veliz had his first breakthrough using technology in the classroom when he had his sixth grade students blog. 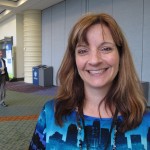 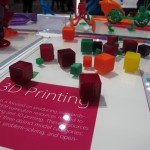 Some cubes created with a 3-D printer. The cubes may be the same size, but the printer can created them with different densities. Staff at CPALMS, a Florida site which helps teachers with curriculum and standards, were demonstrating the printer at FETC.

Last week Orlando hosted one of the oldest and largest education technology conferences in the country.

Technology is an important issue in Florida schools because lawmakers have required half of all classroom instruction is delivered digitally when classes begin in 2015. Lawmakers are working on a bill which would pay for new bandwidth and devices, but also require schools to write technology plans with measurable goals.

We spoke to a few teachers presenting at and attending FETC to ask them when they first made the connection about using technology in the classroom.

Here’s what they told us — with some sights and sounds from FETC.