Your Guide To The Florida DREAM Act

The Development, Relief and Education for Alien Minors Act, or the DREAM Act, is a piece of proposed federal legislation aimed at paving a way to citizenship for some foreign-born youths living in the U.S.

The U.S. House of Representatives passed the bill in December 2010.

But later that month the U.S. Senate voted 55-41 to block the bill from going to President Obama for his signature.

Florida is one of the only states (besides Arizona) which known as an immigration “receiver state” that has not passed a state DREAM Act.

In the 2012 Legislative Session, bills HB 441 and SB 1018 would allow U.S. born Florida residents who attended a Florida high school to pay in-state college tuition even if they have undocumented parents. This bill has been voted down in the past.

In order to have qualified for the proposed federal DREAM Act, students must have:
• Entered the U.S. when they were 15-years-old or younger
• Graduated from a U.S. high school or obtained a GED
• Have no criminal record
• Complete either two years of college or service in the military

Even though it is not a law now, the Obama administration has encouraged immigration agents to grant deferred action status to undocumented student who would have qualified for the DREAM Act—in case the bill does pass some day soon.

Deferred action is a form of prosecutorial discretion that temporarily allows children of undocumented immigrants to have valid identification, work lawfully and go to school.

Immigration and Customs Enforcement has issued guidelines that local immigration agents are encouraged to follow. But the decision to grant or deny deferred action is discretionary.

In order to apply for the temporary status, students must first be detained or face deportation.

Uh, Senators? You Know We Already Get In-State Tuition At Miami’s FIU, Right?

The Florida Senate Judiciary Committee got a big surprise this week. Turns out, in-state university tuition rates are already available for some undocumented immigrants. That’s the case at Florida International University. It may have strengthened the hands of opponents of an in-state tuition bill, but not enough to defeat it. Rick Stone from member station […]

Today marks a big win for U.S. born college students with undocumented parents. A federal judge in Miami ruled Florida students will not have to pay out-of-state tuition rates at state Universities just because their parents aren’t citizens. The decision overturns a state Department of Education policy to charge students higher, non-resident tuition rates when the […]

Undocumented Immigrant Students Line Up To Apply For Temporary Status 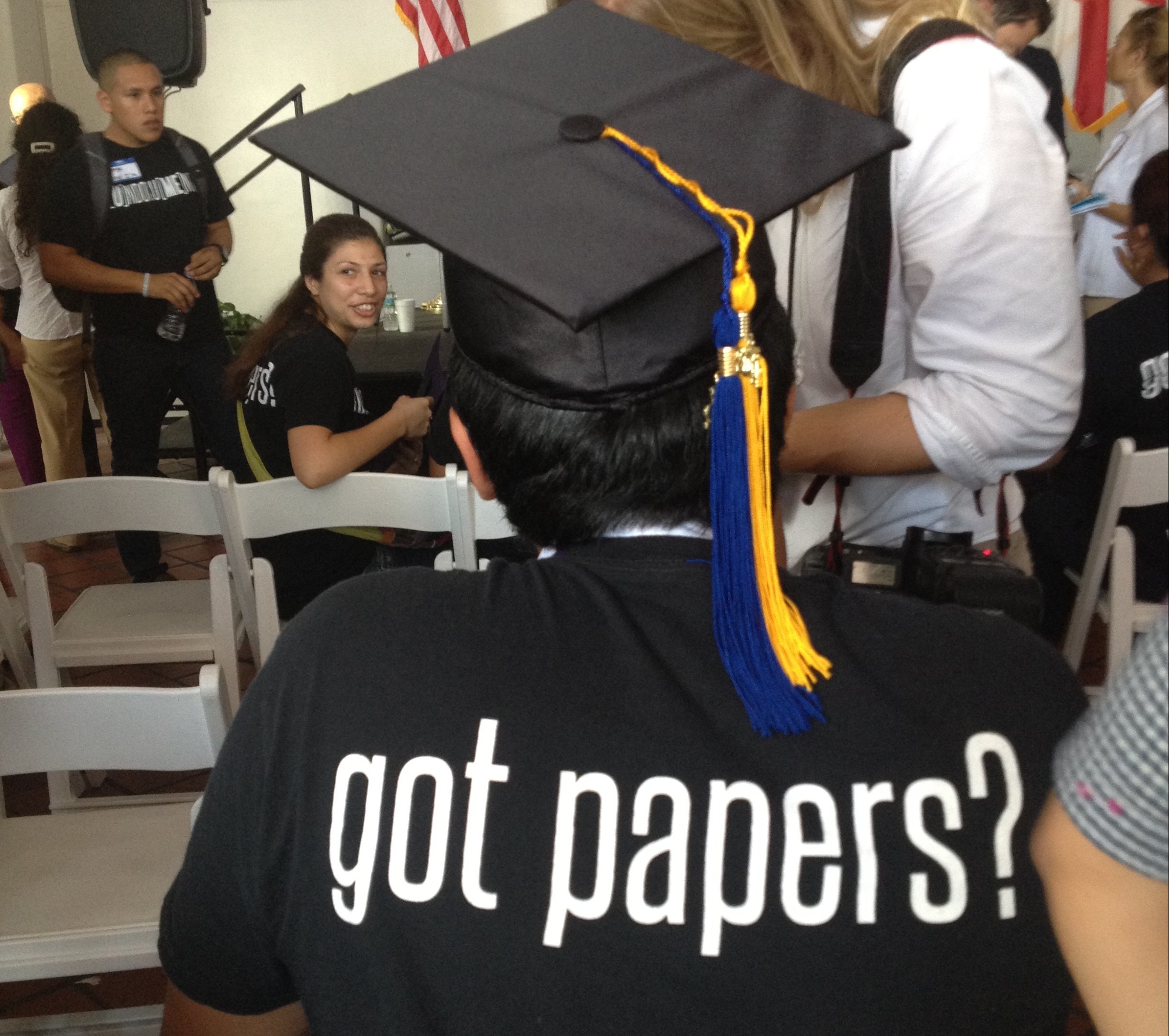 More than 140,000 Florida undocumented students can now apply for a temporary work visa and a stay from deportation. Both are part of a new federal initiative which makes its easier for young immigrants to remain in the United States legally. President Barack Obama ordered the change a year and a half after the failure […]

In June, President Barack Obama issued an executive order to cut down on the number of undocumented young people being deported. It’s been a safe harbor for kids hoping to continue their education in America. The order applies to immigrants under age 30 who were brought to the U.S. when they were younger than 16. […]

Young immigrant rights activists in Miami are celebrating and breathing a sigh of relief. President Barack Obama announced that undocumented young people in the U.S. will no longer have to fear deportation. His executive order applies to immigrants under 30 who got here before they were 16 years old. Immigration has long been a contentious […]

Romney Says GOP Needs Its Own Version Of The DREAM Act

Presumptive GOP nominee Mitt Romney said at a Palm Beach fundraiser Sunday that Republicans need their own version of the DREAM Act — one piece of a policy set designed to win over Hispanic voters, according to the Wall Street Journal. Well it’s a good thing that Florida U.S. Sen. Marco Rubio is working on […]

Florida Sen. Marco Rubio is quietly working on a new version of the DREAM Act to allow young undocumented immigrants a chance to stay in the U.S. legally while seeking citizenship, according to the Tampa Bay Times. The bill is a political tightrope for Rubio — widely regarded as a potential vice presidential pick because […]

Wrapping Up Education Bills In The 2012 Florida Legislative Session

The big school issue was the budget, and Gov. Rick Scott threw out a challenge early on — add $1 billion to K-12 funding or risk a veto. Lawmakers hit that target, though schools say the new money won’t make up for rising enrollment and past budget cuts. Here’s a wrap-up on the other big […]

The North Miami High School valedictorian who was threatened with deportation, Daniela Pelaez, is in the capital today. More than 2,600 students, teachers and community members protested after an immigration judge decided to deport Pelaez.