Thanks to Jessica Pupovac for assembling all of this new material.

And if that’s not enough, here are some other learning opportunities:

Words that we always love to see together: investigative reporting, award, StateImpact. This time it’s John O’Connor and Sarah Gonzalez of StateImpact Florida, recognized for their 13th Grade project on remedial education. Their collaboration with the Florida Center for Investigative Reporting won second prize in the broadcast investigative reporting category of the 2012 National Awards for Education Reporting.

The judges noted their “great use of the classroom sound and student perspective” as part of a deep exploration of the issue. “It would have been very easy to stop with just the one story on the problem, but to highlight the ripple effect of the problem was fascinating.” Another judge complimented how their “very good job of balancing research with narrative” kept listeners engaged. “As a non-Florida resident, I was able to follow the series easily and become engrossed in the topic.”

This is the second investigative reporting award that the StateImpact Florida team has won from the Education Writers Association. Last year, the team was recognized for its “No Choice” project along with being named best education blog.

We also found it that Ida Lieszkovszky and Molly Bloom of StateImpact Ohio are finalists for an investigative reporting award from the Ohio APME for their “Locked Away” project. We’ll know in May whether they’ve won first or second place. They’re nominated for two other awards as well. The DC team worked from home recently because NPR was shut down due to the “snowquester” blizzard. This gave the team to practice its Google Hangout skills, including the “effects” feature: 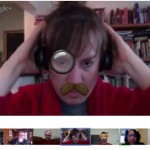 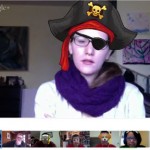 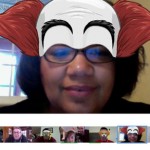 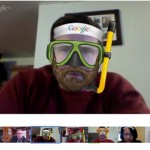 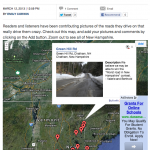 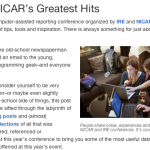 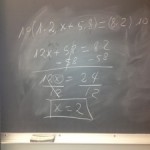 Reader Favorites For the Past Two Weeks