Joe Scarnati is the Pennsylvania state Senate’s President Pro Tempore, a post he’s held since November 2006. The Republican represents Jefferson, Cameron, Elk, McKean, Potter and Tioga counties, as well as portions of Clearfield and Warren. He was first elected to the Senate in 2000.

When Catherine Baker Knoll died in November 2008, Scarnati became lieutenant governor. He held both titles until January 2011, when Republican Jim Cawley was sworn in as LG.

Scarnati occupies an interesting position when it comes to the taxation of Marcellus Shale drilling. When the Democrat-controlled House passed severance tax bills in 2009 and 2010, Scarnati and other Senate Republican leaders killed the proposals, arguing their tax rates were prohibitively high. Later, when fiscally conservative Republicans took control of both the House and governor’s office, Scarnati led the charge for an impact fee on drilling. He helped author Act 13 of 2012, which imposed an annual levy on every well in Pennsylvania. 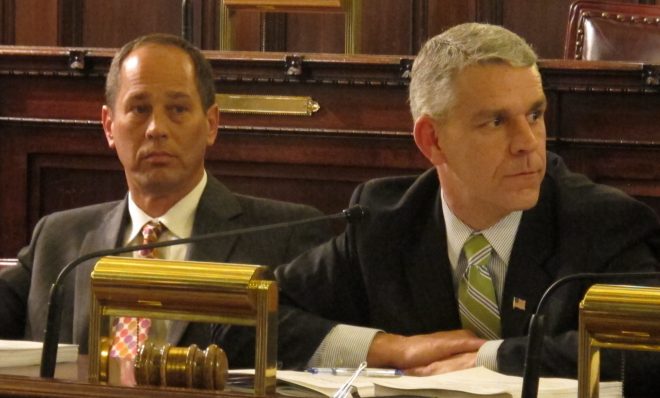