FILE - Deepwater Wind's turbines stand in the water off Block Island, R.I., on Aug. 23, 2019. The White House is launching a formal partnership with 12 East Coast governors to boost the growing offshore wind industry. It's a key element of President Joe Biden's plan for climate change. 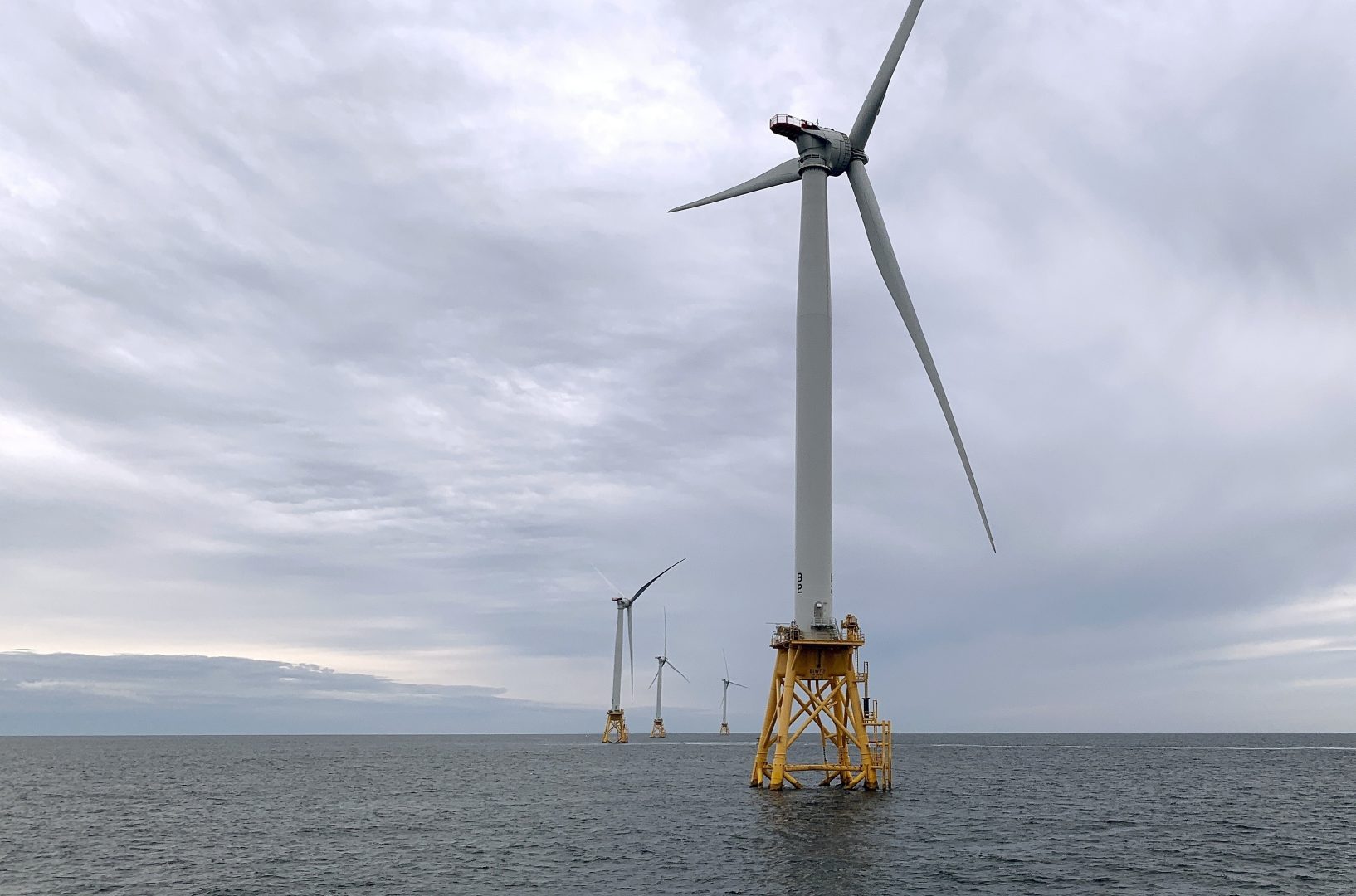 FILE - Deepwater Wind's turbines stand in the water off Block Island, R.I., on Aug. 23, 2019. The White House is launching a formal partnership with 12 East Coast governors to boost the growing offshore wind industry. It's a key element of President Joe Biden's plan for climate change.

The White House is launching a formal partnership with 11 East Coast governors to boost the growing offshore wind industry, a key element of President Joe Biden’s plan for climate change.

Biden and other top administration officials will meet with governors and labor leaders Thursday at the White House to announce commitments to expand important segments of the offshore industry, including manufacturing facilities, ports and workforce training and development.

Missing from the compact is Virginia, where Republican Gov. Glenn Youngkin has moved to withdraw the state from a regional carbon-limiting initiative meant to combat climate change. A spokesperson for Youngkin had no immediate comment on the new offshore wind group.

In working with states and the private sector, the White House said it will “provide Americans with cleaner and cheaper energy, create good-paying jobs and invest billions in new American energy supply chains,” including construction of wind turbines, shipbuilding and servicing.

Biden has set a goal of deploying 30 gigawatts of offshore wind power by 2030, enough to provide electricity to 10 million homes, support 77,000 jobs and spur $12 billion per year in private investment in offshore wind. Offshore wind is a key component in the Democratic president’s plan to make the nation’s electric grid carbon free by 2035.

The Biden administration has approved two large-scale wind projects, Vineyard Wind in Massachusetts and South Fork Wind off New York and Rhode Island. Both are under construction with union labor. The Interior Department has begun reviews of another 10 offshore projects that, if approved, would produce 22 gigawatts of clean energy.

A national agreement signed with North America’s Building Trades Unions covers contractors working on those projects and future ones, with no termination date on the project labor agreement. It sets the terms and conditions for union workers to build offshore wind farms, with targets to ensure a diverse workforce. It contains provisions for training to ensure they can construct the complex infrastructure, which costs billions of dollars.

“We recognize that states are huge players here,” said David Hayes, a White House climate adviser. With a formal partnership, the Biden administration can “work with the governors on policies going forward and help ensure that there is an American-made supply chain for this brand-new industry,” Hayes said in an interview Wednesday.

New Jersey Gov. Phil Murphy said in a statement that he and other East Coast governors “are united with our regional and federal partners not just by geography but by a shared commitment to clean and affordable energy, economic opportunity and a future in which all community members are shielded from the worsening impacts of climate change.”

The federal-state collaboration comes as the Biden administration has announced a plan to conduct up to seven offshore wind auctions by 2025, including one held last month off North Carolina and earlier this year in a coastal area known as the New York Bight. Other sales are expected in the Gulf of Maine, the central Atlantic and the Gulf of Mexico, as well as offshore in California and Oregon.

“Offshore wind has the potential to be a game-changer in the U.S. energy portfolio — making energy prices cheaper, creating jobs and replacing the fossil fuels that are driving climate change,” said Diane Hoskins, campaign director for the conservation group Oceana.

“Today, there are just seven offshore wind turbines in the United States, and we’re going to need a lot more, done responsibly, to meet our clean energy goals,” she said, calling for “strong safeguards for marine life to avoid, minimize and mitigate the impacts of offshore wind.”

“Clear and predictable permitting for offshore wind is essential to recognizing its potential, and there is still work to do,” Zichal said.