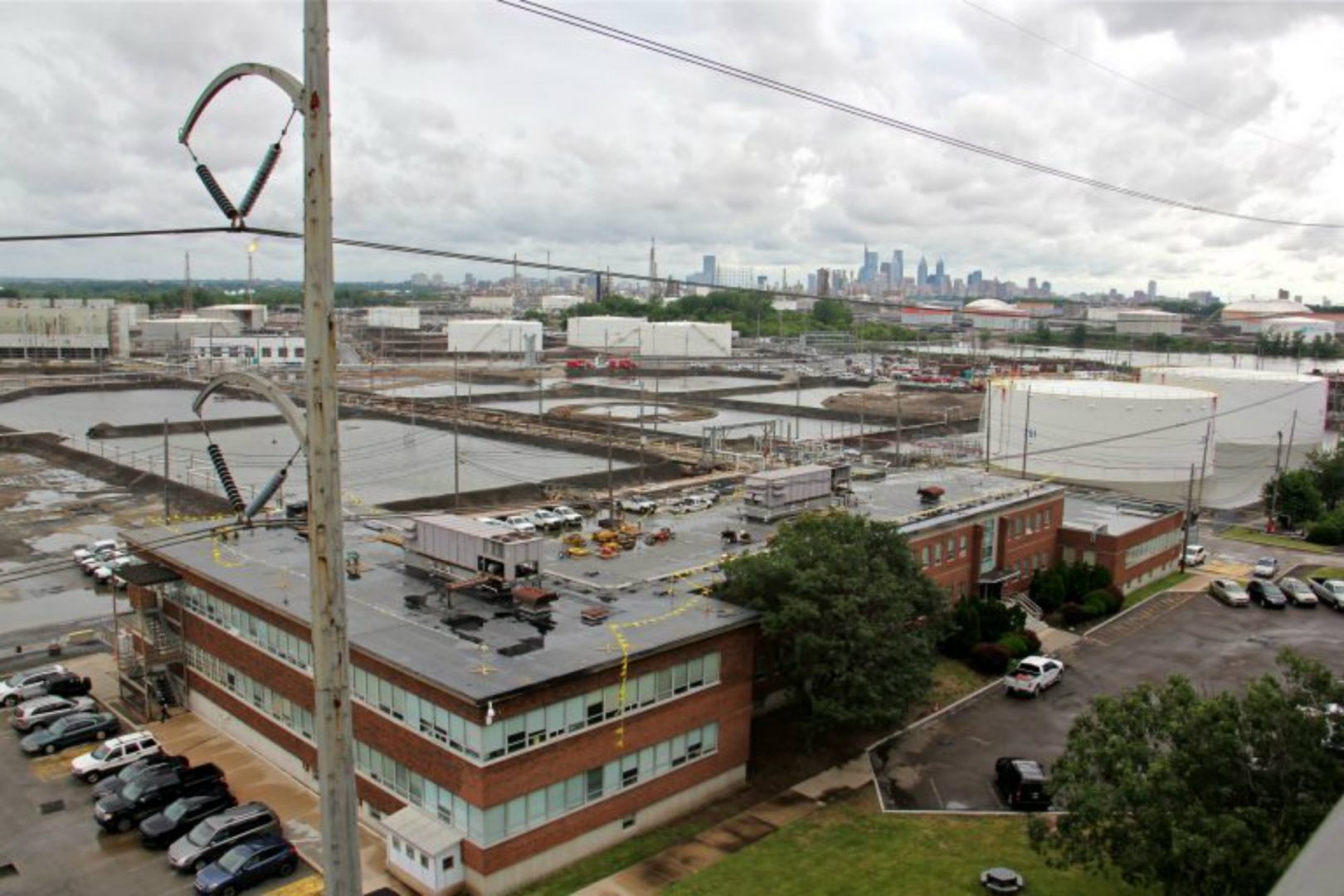 A renewable energy plant could still be built at the Philadelphia Energy Solutions site, following a court decision that clears the way for the property’s buyer to strike a deal with a company that wants to build a biogas plant there.

Point Breeze Renewable Energy had objected to the sale of the refinery complex, saying it had a lease for 23 acres there to build a $120 million biogas plant. U.S. Bankruptcy Court in Delaware has approved a settlement that allows Hilco Redevelopment Partners to close on the sale, and Hilco and Point Breeze have agreed to negotiate an agreement on the biogas project.

The renewable energy plant, to be developed by RNG Energy Solutions, signed an agreement with PES in 2017. A plan was presented to and praised by city officials in 2018, and the process of obtaining city and state permits had begun. As proposed, the plant would have the potential to turn 1,100 tons of commercial food waste from the Philadelphia region, that otherwise would be burned or sent to landfills and incinerators, into 22,000 to 24,000 gallons of renewable natural gas every day, using anaerobic digesters.

PES had argued in bankruptcy court that the Point Breeze Renewable Energy agreement had not formally started by the time the refinery operator filed for Chapter 11 in July, and that therefore the lease was not in effect.

Last week, PES, Point Breeze Renewable Energy, and Hilco Redevelopment Partners agreed to terminate all previous contracts and rights held by Point Breeze in relation to the refinery site, allowing Hilco and PES to close on the $240 million sale of the 1,300-acre property. Hilco had said it could not have entered into the purchase agreement or closed the deal if Point Breeze had a right to occupancy.

James Potter, president of RNG Energy Solutions, said the settlement approved by the bankruptcy court does not kill the biogas project.

“Point Breeze Renewable Energy has executed an agreement with Hilco where the parties agreed to negotiate a new lease agreement after Hilco closes the purchase of the refinery,” he said.

Hilco has committed to negotiate a contract with his company after it closes on the purchase of the refinery, Potter said. That is set for May 21, he said.

“We’re committed to getting the project done there. Hopefully, we get an agreement quickly,” Potter said.

The terms between Point Breeze Renewable Energy and Hilco are not part of the public record of the PES bankruptcy. Hilco did not respond to a request for further information.

Philadelphia Energy Solutions’ CEO Mark Smith had no comment on the settlement and did not confirm the May 21 closing date. In a previous interview, he said it would occur by mid-May.

The biogas plant is getting permits from the city and the Pennsylvania Department of Environmental Protection. City officials have praised the project as a needed solution to accomplish its goals of diverting food waste from landfills and incinerators and reducing emissions.

According to RNG Energy Solutions, the project will capture 159 metric tons of greenhouse gases per day, or the equivalent of about 400,000 miles per day driven by an average car. In addition, RNG says, the project will create 450 direct and indirect construction jobs and 25 direct jobs during operations. The company says that the project’s renewable natural gas could be used to fuel local buses and trucks, and that the digester would also generate about 300 cubic yards of organic soil amendment similar to peat moss.

When the project was presented, environmentalists and neighbors were not sure about the impact it would have on the community.

If a new lease is signed between Hilco and Point Breeze, Potter said, the plan will be delayed and adjusted but will basically accomplish the same goals. Instead of getting energy from the refinery, the biogas plant will use energy from the grid and produce thermal energy on site. The location would move “a little bit,” from the northern edge of the site toward the west, Potter said, but it would still occupy 23 acres.

RNG Energy Solutions had previously signed an agreement with onetime PES chief executive Philip Rinaldi in an effort to purchase the refinery out of bankruptcy. The Rinaldi bid was not selected by PES and was tagged as unrealistic. Potter said that partnership is no longer in play.

“In hindsight, that refinery would have had a very difficult time in today’s environment,” Potter said.