Mark Clatterbuck stands in front of a quilt designed to protest the Atlantic Sunrise pipeline. 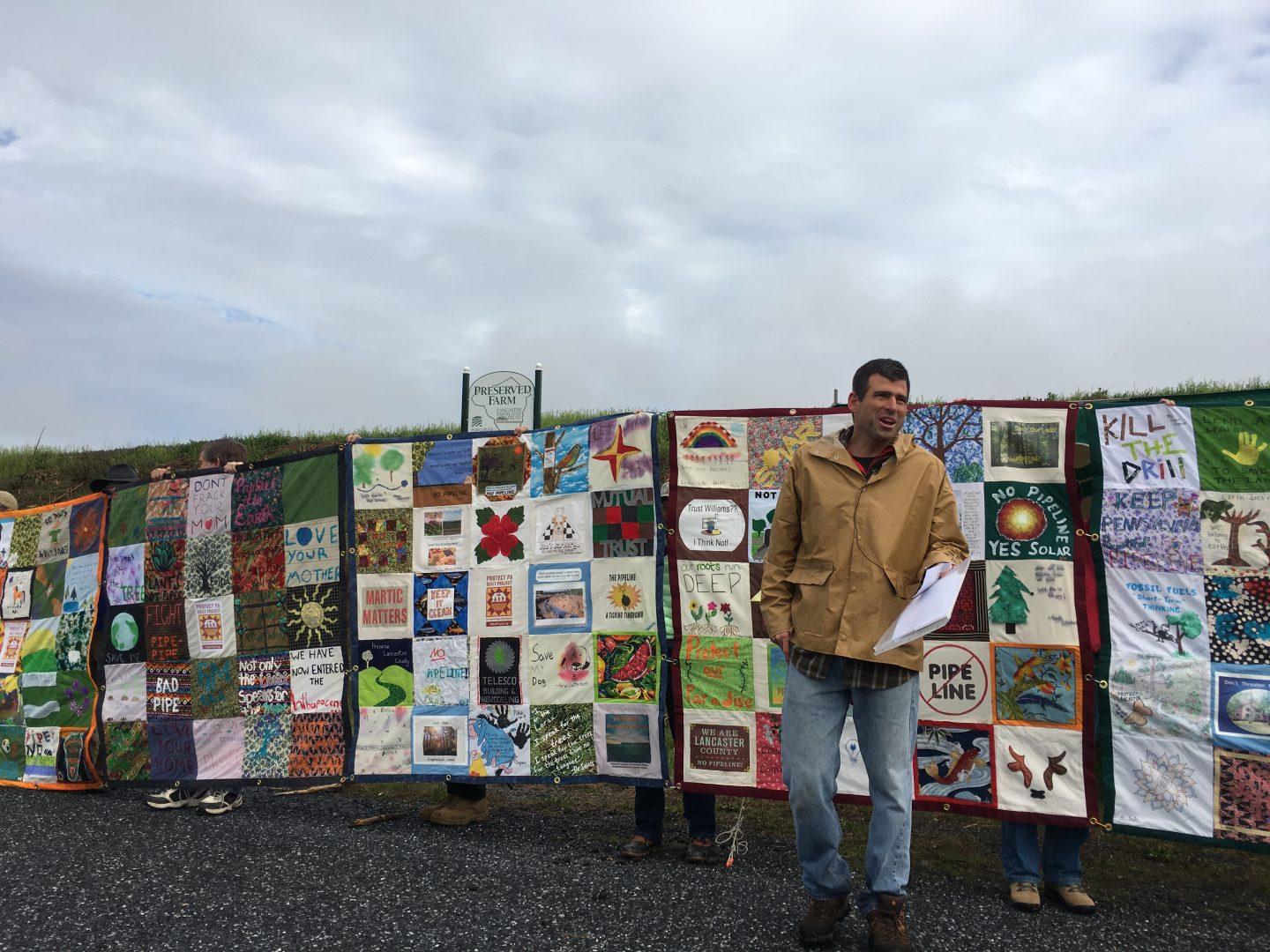 Mark Clatterbuck stands in front of a quilt designed to protest the Atlantic Sunrise pipeline.

Magistrate judge John Bailey found Mark Clatterbuck guilty of trespass, and his wife Malinda guilty of disorderly conduct Tuesday, ordering them each to pay a $100 fine plus court costs. The charges relate to an incident that occurred in mid-December when Uwchlan Township resident Carrie Gross was showing the Lancaster couple a Mariner East 2 pipeline construction site on Devon Drive in the township.

Gross and the Clatterbucks say they complied when a security guard asked them to leave the sidewalk in front of the site. They were surprised to be pulled over by Uwchlan Township police after driving away. The security guard, Charles Hall, had called 911 to report a group of trespassers. Uwchlan Township police officer Philip Owen charged Mark Clatterbuck with trespassing, and arrested Malinda Clatterbuck when she got out of the car to film her husband’s arrest. She was charged with disorderly conduct.

“The security guards are just intimidating people,” Malinda Clatterbuck said. “We did nothing wrong. We just walked away when he told us to. And the court upholds the lies of the industry to intimidate us.”

Those who live along the pipeline path say the tactic has been used repeatedly by the pipeline company: call local police and report trespassing on easements that run through backyards, parks and roads in densely populated Chester and Delaware counties.

Uwchlan Township police could not be reached for comment.

“We don’t think their behavior was in any way criminal,” Crystle said.

In December, the Chester County district attorney went after Energy Transfer’s security team, charging members with bribery in illegally hiring state constables to guard construction sites while carrying badges and guns. On the 911 call, Crystle said, Charles Hall told the dispatcher he worked for Energy Transfer, but on the stand, Hall told the court he worked for the construction company.

Malinda Clatterbuck, who is a pastor at the Community Mennonite Church of Lancaster, said she and her husband had protested against the Atlantic Sunrise pipeline. Some of those protests included planned civil disobedience, where, she said, she expected to be arrested. But she said she feels in this case the arrests were not warranted and she will likely appeal to the Court of Common Pleas.

Renewable natural gas? Yes, it’s a thing, and now Philly residents can get it