Red Whittaker stands beside an early prototype of RadPiper, a pipe-crawling robot that will help decommission uranium enrichment facilities in Ohio and Kentucky. Whittaker has worked in robotics for four decades at Carnegie Mellon University, and he developed several robots in the 1980s that helped clean up after the Three Mile Island Incident.

After TMI accident in ’79, this Carnegie Mellon team pitched a novel idea for cleanup: Use robots. It was just the beginning. 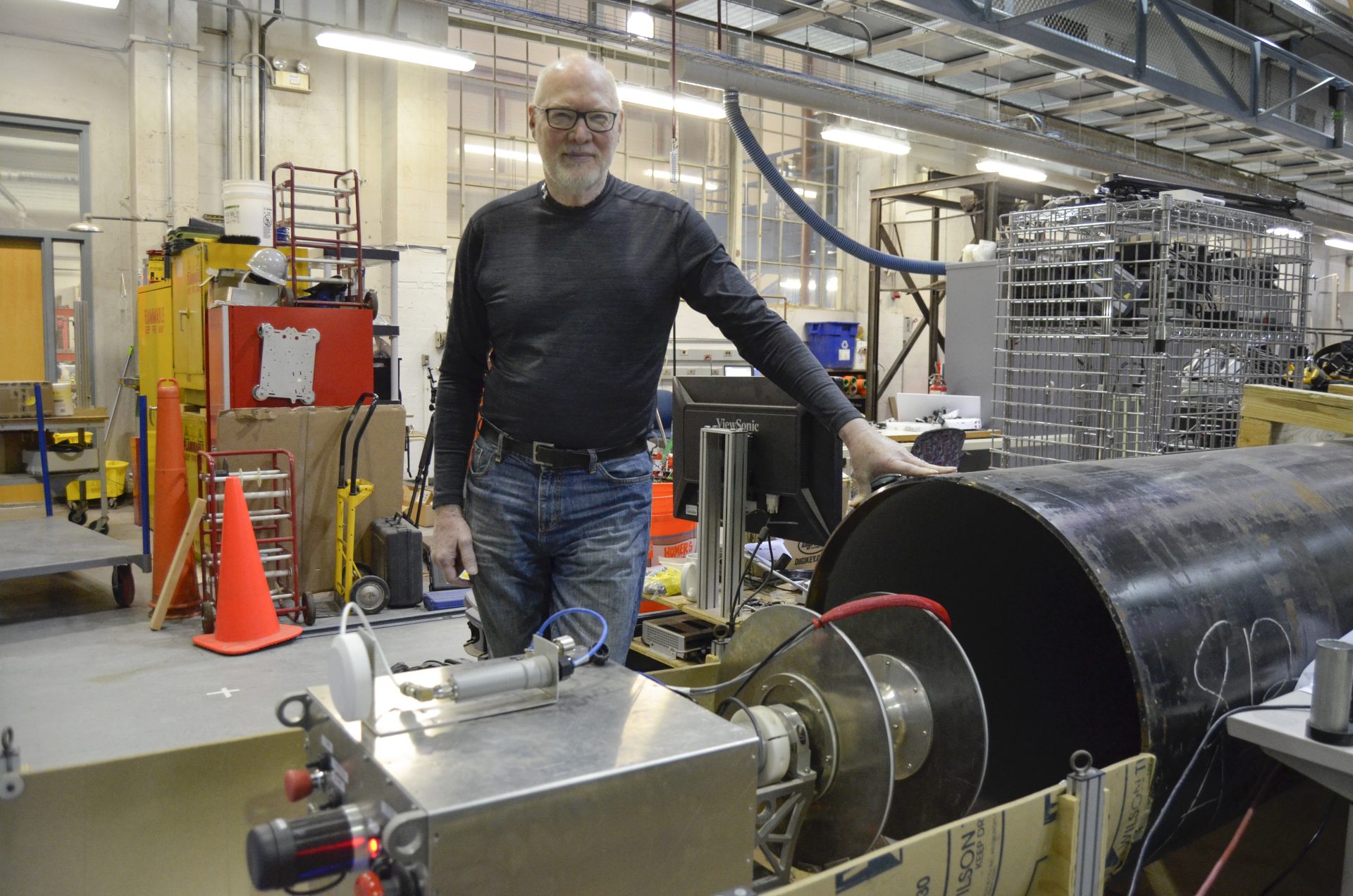 Red Whittaker stands beside an early prototype of RadPiper, a pipe-crawling robot that will help decommission uranium enrichment facilities in Ohio and Kentucky. Whittaker has worked in robotics for four decades at Carnegie Mellon University, and he developed several robots in the 1980s that helped clean up after the Three Mile Island incident.

The partial meltdown of one of Three Mile Island’s nuclear reactors 40 years ago this month left areas of the facility highly radioactive and inaccessible to humans.

Along came a group of young researchers with an idea to send in robots to fix the damage.

Red Whittaker led the team at Carnegie Mellon University, where from time to time he still works on robots for the nuclear industry.

“This is really old,” he said as he pulled up a Powerpoint on his office computer. “I haven’t looked at any of it in eternity.”

“They could see for the first time the accumulation of hundreds of thousands of gallons of contaminated water that had filled up like a bathtub to a height of about 8 feet,” Whittaker said.

The nation’s worst commercial nuclear accident prompted tens of thousands of people near the Dauphin County reactor to evacuate in March 1979.

In the years following, Mike Pavelek helped oversee the cleanup, which had been tasked to the engineering company Bechtel.

“We were not going to be able to put human beings in there because of the risk to exposure of radiation, which in some areas, would be lethal within an hour or less,” he recalled. “We decided we needed robots to do some of that work.”

Robots had never before been used in that way.

“It was brand new in the nuclear business,” he said. “Robots were used primarily in repetitive operations.”

Pavelek said cleanup officials first turned to a Michigan resident, Jan Hodges, who had built mobile devices for animated movies. At Three Mile Island, one of his machines flushed out resin that had spilled in the auxiliary building.

Next door in the containment building, a robot would need to navigate several inches of sludge left over from when the basement filled with water, Pavelek recalled. Steam from the reactor had vented through a valve and condensed, plus river water had entered via the facility’s emergency cooling system.

That’s where Whittaker’s expertise came in.

Whittaker enlisted the help of those around him, mainly undergraduate students. John Bares was just a sophomore.

“We had a dream and a few pieces of paper and convinced them that we could solve the problem,” Bares recalled.

Whittaker’s younger brother Chuck wanted to join too. He worked as an engineer for a coal company in Somerset County.

The crew, which grew to about 20 people, worked long hours building and testing the robots. By 1983, the first one was ready. A crane lowered it into the basement of the containment building. The machine had six wheels and special cameras that could withstand radiation, as well as numerous seals to keep out water.

A second robot soon followed. It could drill into concrete and remove wall samples for analysis. 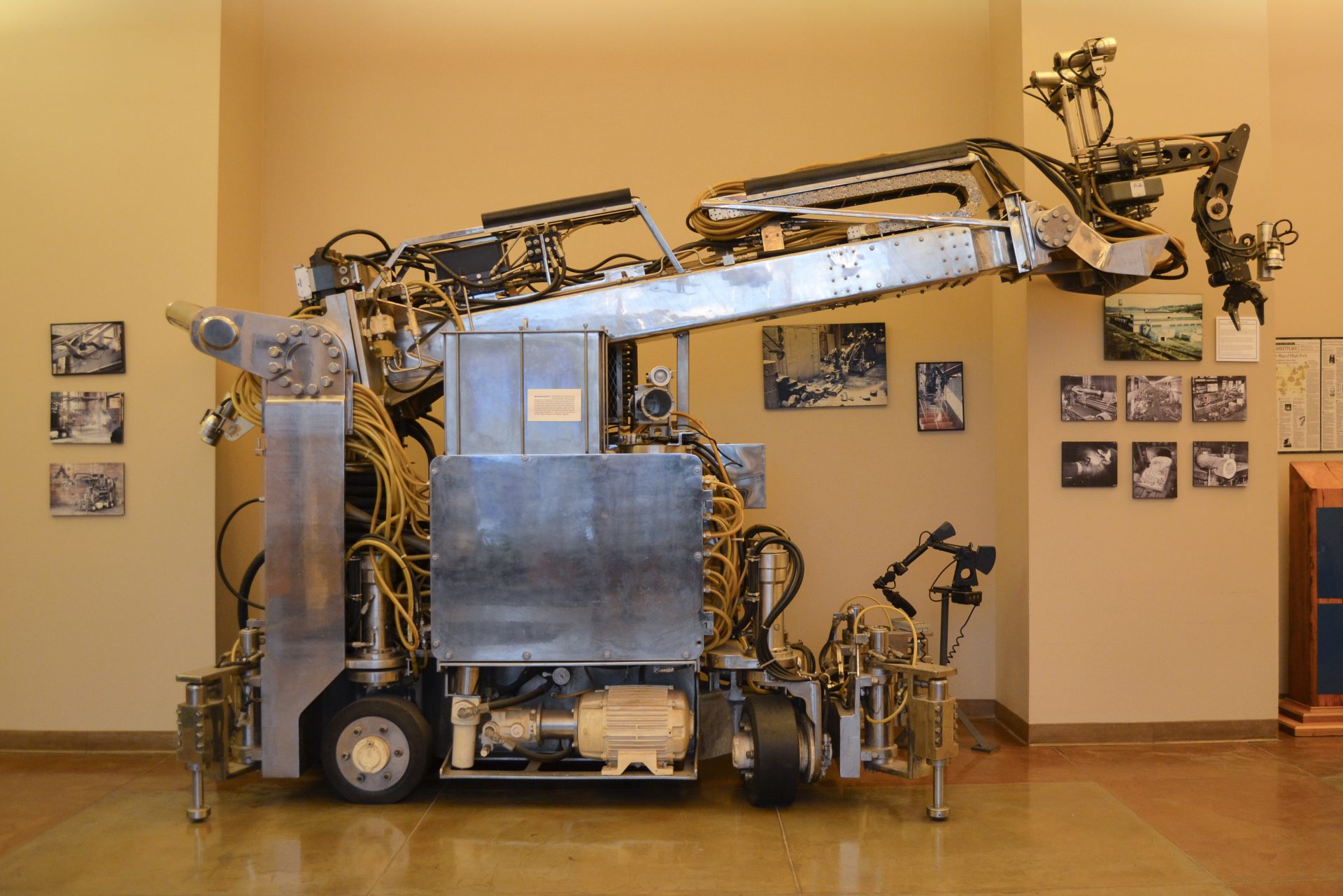 Workhorse, the third robot developed at Carnegie Mellon University to clean up the basement of Three Mile Island’s Unit 2 containment building after the 1979 accident, sits on display today at the school’s National Robotics Engineering Center. Although officials involved with the cleanup effort decided not to use the robot, it served as the basis for future robots developed by the researchers.

“We tried to make it a Swiss Army knife that would do all kinds of things,” he said.

It could drill and lift items and move them around, among other tasks.

“The robot was complicated and was not highly reliable,” Bares said. “At times I’ve thought about it, and thought I’m sort of glad they didn’t use it for real.”

But, he said, the team learned a lot building it. And it formed the basis for other robots the brothers developed down the road with the CMU spin-off company RedZone, Chuck Whittaker said.

Walking down a hallway at CMU last month, Chuck Whittaker stopped at a timeline showing all the robots built at the school since the Three Mile Island days. He pointed out the first one that went into a mine, and another, the school’s first autonomous driving vehicle.

The Whittakers both work at CMU today. Bares recently led Uber’s autonomous vehicle program, and he’s now back at the company he founded, Carnegie Robotics. 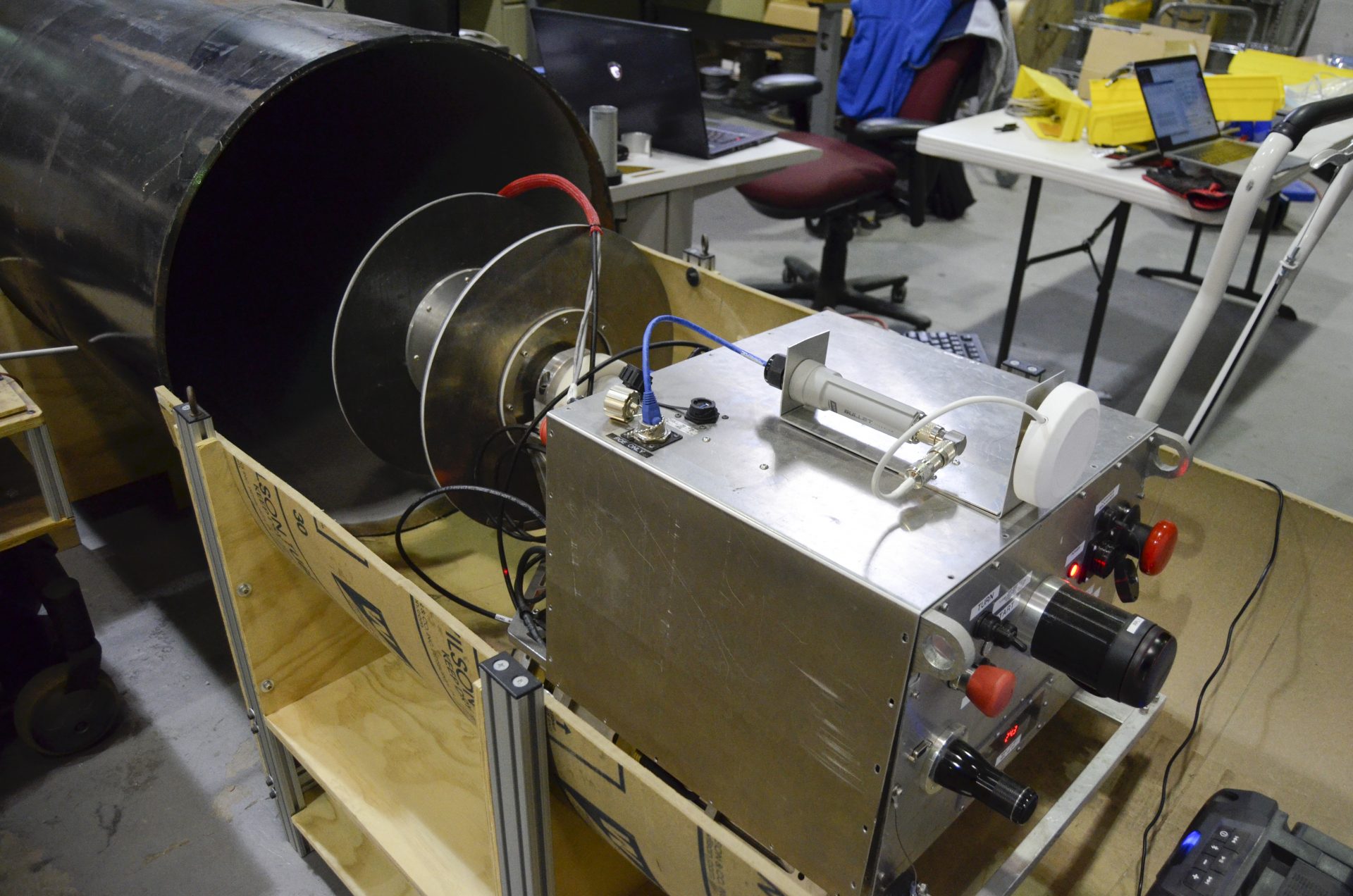 RadPiper was designed to crawl through pipelines at uranium enrichment facilities in Ohio and Kentucky to detect deposits of residual uranium. This early prototype remains at Carnegie Mellon University.

It crawls through pipelines in search of residual uranium. At times, it sends out soundwaves.

“It uses that as part of its calculation to determine exactly where it is,” Red Whittaker said.

The robot is meant to save time and money, and to provide precise information. Humans, otherwise, would have to do the work by hand.

“That’s really the value, when you can reduce the hazards to the personnel,” Chuck Whittaker said.

Safety was why robots, rather than people, went into Three Mile Island in the first place. Soon, more robots could go back.

The plant is scheduled to close this fall, unless the state intervenes to keep the remaining reactor running. Robots could be part of the final decommissioning process.

Red Whittaker doesn’t know if he would be involved, but the idea intrigues him.

“I’ve got to say, I would absolutely love to revisit TMI,” he said.

It would allow him to finish a job he helped start nearly four decades ago.