Environmentalists call for new agreement to manage flows; NYC says accord was agreed between itself and four states 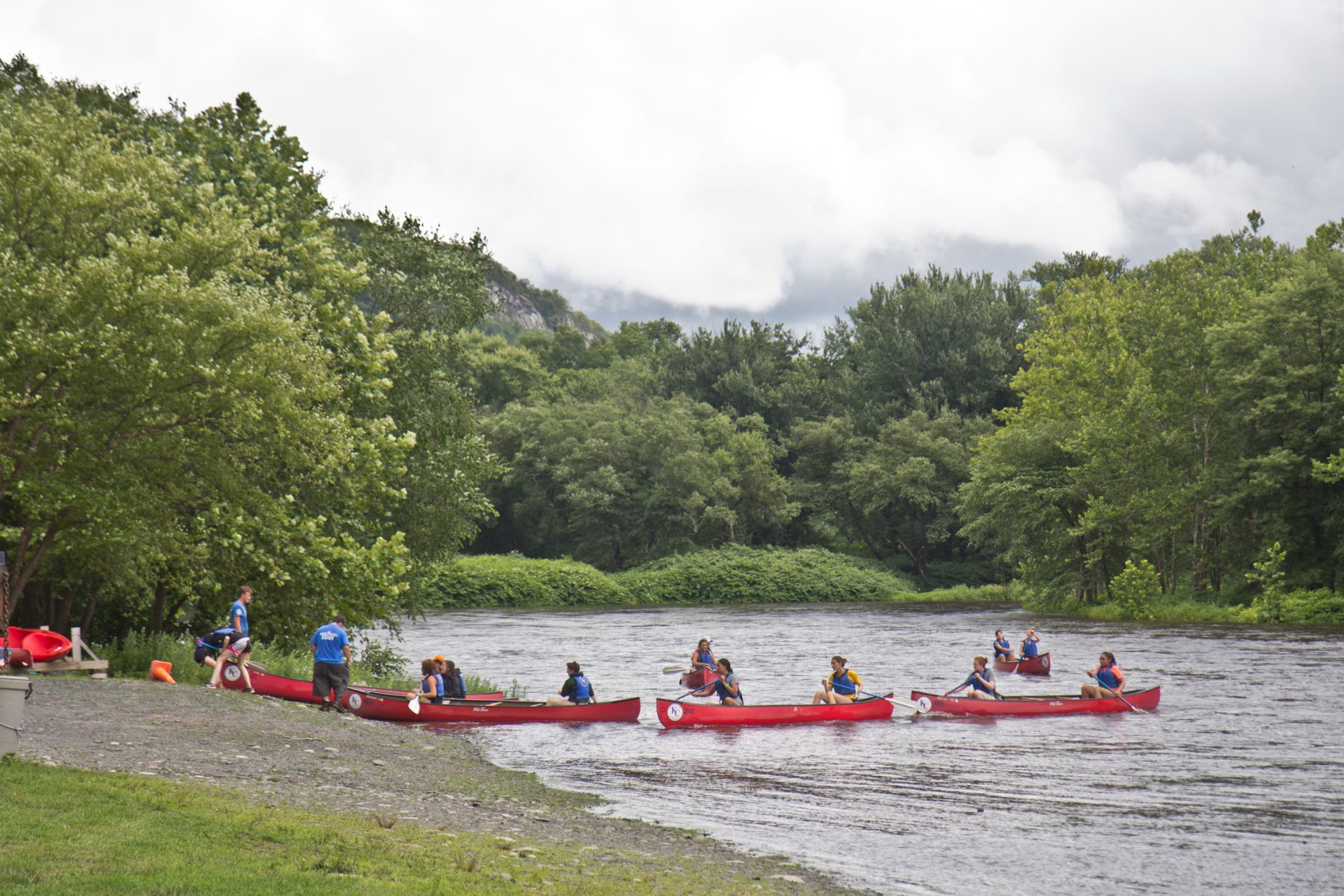 Kayakers on the Delaware River. Friends of the Upper Delaware say New York should release more water from their reservoirs to make sure the water is cool enough for trout.

An environmental group is calling for more water to be released from reservoirs that supplement flows in the Delaware River during dry periods, saying it would defend the river’s ecology and help reduce flooding in periods of heavy rains, such as those seen lately.

Friends of the Upper Delaware River said that releases from three upstate reservoirs are typically too small to create the right cold-water conditions for trout and other wildlife during the summer months – as they were in the early part of this summer – and so should be increased.

It also argued that increased releases at a time when the natural river flow is low would create more capacity in the reservoirs and so reduce the chances of overflow that worsens downstream flooding – as has been seen in the river in response to prolonged rain in recent weeks.

The reservoir releases are managed by Pennsylvania, New Jersey, New York, Delaware and New York City – collectively known as the Decree Parties – which have previously struggled to agree on how much water to release into the river in light of the competing demands of drinking water, fisheries, recreation and ecological health.

Almost a year ago, New York City said it would sharply reduce the amount of water it released from the reservoirs in an effort to restart stalled talks between the Decree Parties on the Flexible Flow Management Program, which regulates releases, and which had expired. The move resulted in an agreement between the parties.

In fall 2016, the Delaware River Basin Commission ordered water releases from two other reservoirs to repel the so-called salt-front, a line of sea water that was edging further into the tidal section of the river as the downstream flow of fresh water dwindled in response to scant rainfall.

Jeff Skelding, executive director of Friends of the Upper Delaware River, said releases from the reservoirs typically favor the needs of New York City at the expense of the river, and this year have resulted in river water temperatures that are too high for the river’s renowned trout fishery to flourish.

New York City uses a model to predict how much water it will obtain, Skelding said, and that model includes weather forecasting which this summer did not predict the heavy rains that fell in late July and early August.

If the model had accurately anticipated the recent rainfall, that would have allowed officials to increase earlier releases in the knowledge that reservoirs would later be replenished, Skelding said. And bigger releases would also have made it easier for reservoirs to take the heavy rains without overflowing and contributing to river flooding downstream, he said.

“Time and time again, we feel that those estimations of inflow into the reservoirs are conservative, and it seems to favor the city, more often than not, to the detriment of the river below,” said Skelding, whose group is based in Hancock, N.Y. “That’s not good for people, communities, aquatic life, and wildlife habitat.”

Adam Bosch, a spokesman for the New York City Department of Environmental Protection, said decisions about reservoir releases are made unanimously by the four basin states plus New York City, using data from a complex model that uses hundreds of inputs, including those from the National Weather Service.

The resulting management program uses the model to balance the interests of the upper and lower river basin, and takes into account demands including recreation, water supply and flood protection, he said.

This summer, weather forecasts were upended by an unusual jet stream that brought moisture from the Gulf of Mexico to the Northeast, creating “hard to predict” thunderstorms over the  the Delaware River basin, Bosch said.

Some areas have seen 300 percent more rain in the last month than is normal for this time of year, and some reservoirs got a third of the year’s normal rainfall in 20 days, he said. As a result, releases from all three reservoirs were set to maximum, in accordance with the management program.

For his part, Skelding said the reservoirs are more important for the Upper Delaware because it has few major tributaries, than for the stretch further downstream that is fed by significant rivers like the Lehigh and the Schuylkill.

In the summer months, the reservoir releases should be around 500 cubic feet per second, much higher than the releases this summer that before the recent rains were in the low-300 range, Skelding said.

He called for a new agreement that would equally meet the interests of all parties.

“We need to figure out a better way to distribute the water more evenly in the Upper Delaware River that maximizes our recreational economy, mitigates flooding, and satisfies the needs of NYC,” he said.