The osprey population has grown in part because of a decline in contaminants in the Delaware estuary. 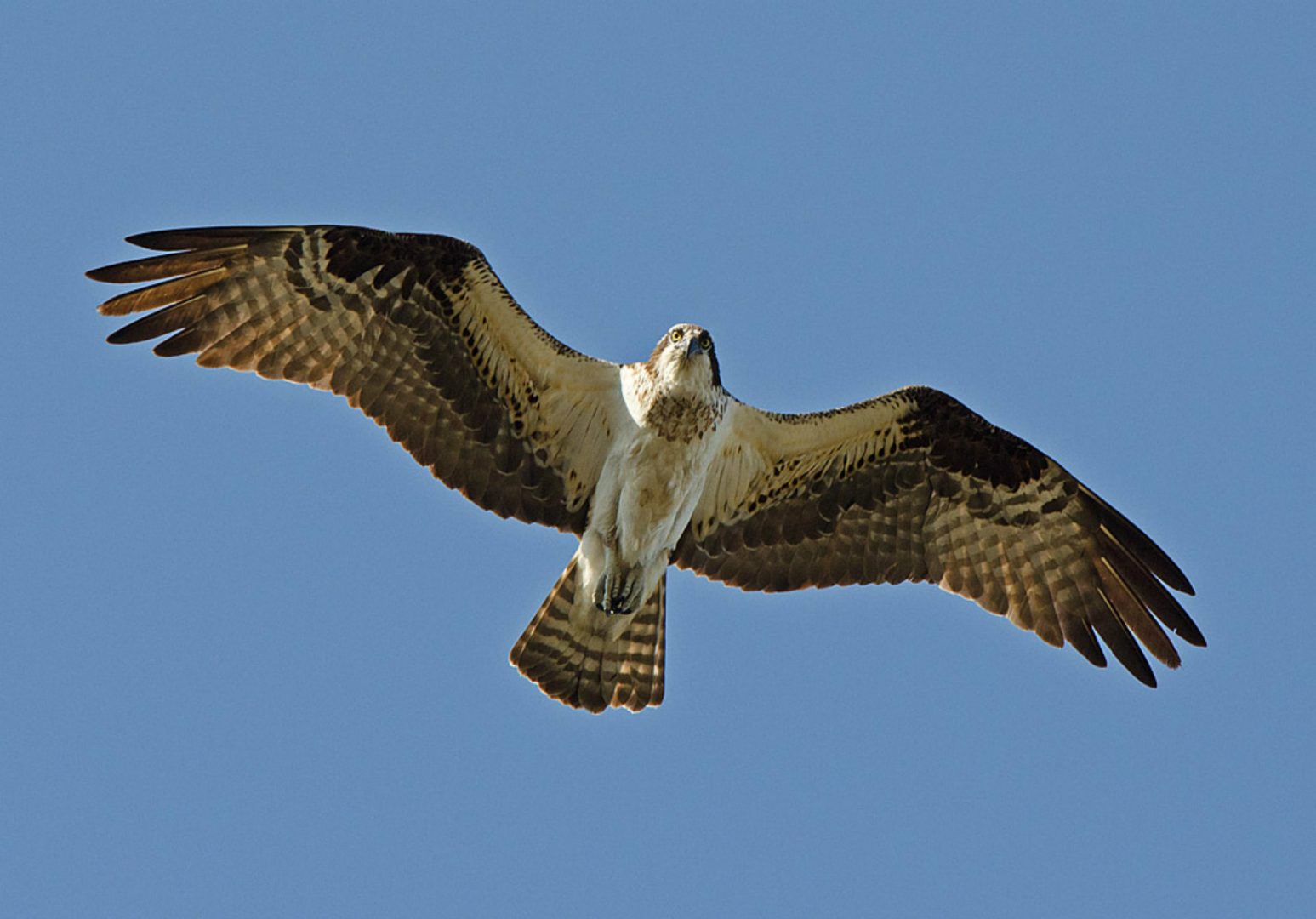 The osprey population has grown in part because of a decline in contaminants in the Delaware estuary.

Ospreys are becoming a more familiar sight in the Delaware Estuary, thanks to a decline in the presence of polluting chemicals such as pesticides and flame retardants, according to a new report from the U.S. Geological Service.

The recovery of the brown and white birds that hunt fish over the area’s shorelines, rivers and inland bays is a good sign for the ecological health of the whole Delaware region because the fish they prey on have been found with lower levels of contaminants such as the industrial chemicals PCBs and the pesticide dieldrin, the report said.

“Findings suggest that there have been improvements in Delaware Estuary water bird habitat compared to the second half of the 20th century,” said the report, based on research in 2015. “This trend is associated in part with mitigation of some anthropogenic contaminant threats.”

The reduction in pollution has also helped the recovery of bald eagles, another fish-hunting species whose population previously declined after chemicals thinned their egg shells, making it harder for them to raise young.

An osprey nestling and an unhatched egg in a nest in the Delaware estuary.

For ospreys, which are seen by scientists as an indicator species, the study found no evidence of widespread eggshell thinning, which was observed in earlier years. Contamination at current levels didn’t impair egg hatching, the loss of eggs or young birds from nests, or a young bird’s ability to fly away, said the report, which will be published in October in the journal Science of The Total Environment.

Barnett Rattner, an ecotoxicologist who led the study, attributed the declining pollutant levels to ongoing cleanup work by federal, state and local governments as well as nonprofits and volunteer groups.

“Our recent study highlights the benefits that remediation and mitigation efforts are having on ospreys and the ecosystem, and this will help inform decisions to continue progress,” he said.

In one sign of the osprey’s recovery in the region, the New Jersey Division of Fish and Wildlife estimated this year that the state’s population of the birds has recovered to more than 500 nesting pairs from about 60 in the early 1970s.

But some measures of the region’s environmental health are not so upbeat.

The Partnership for the Delaware Estuary reported last winter that while dissolved oxygen levels in the estuary significantly increased over the past 30 years because of improved waste water treatment and implementation of the federal Clean Water Act, the region also has been impacted by loss and degradation of habitat such as wetlands and forests because of development and the effects of climate change such as sea-level rise.

“Birds like ospreys and eagles are visible signs of health to people, so to see those kinds of things being healthier and having more of them helps people know that things are getting better and that the hard work that a lot of people have been putting in to reduce contaminants is working,” she said in an interview.

PDE’s work includes educating people not to dispose of household hazardous waste down drains that eventually empty into the estuary — which includes all of the Delaware Bay and the tidal stretches of the Delaware River — where they will affect species like the osprey. Adkins urged residents to take hazardous waste to special collection points provided by local authorities.

The USGS study also found improving rates of osprey reproduction along the Delaware River between Bensalem, Pa. and the C&D Canal, although the recovery was not as strong in that densely developed corridor than it was in the estuary.

PDE’s Adkins welcomed the USGS report but said it takes time to reverse the effects of a long history of contamination from industry and human development.

“A lot of us have been working very hard to improve conditions, and to see studies like this shows that it is working,” she said. “It takes a long time but we have to keep at it.”

A company cut trees for a pipeline that hasn't been approved. The landowners just filed for compensation