About 150 people showed up at a rally in West Chester on Jun 9 to urge the state's Public Utility Commission to shut down Sunoco's Mariner East pipeline project.

Commission's ruling could come this week 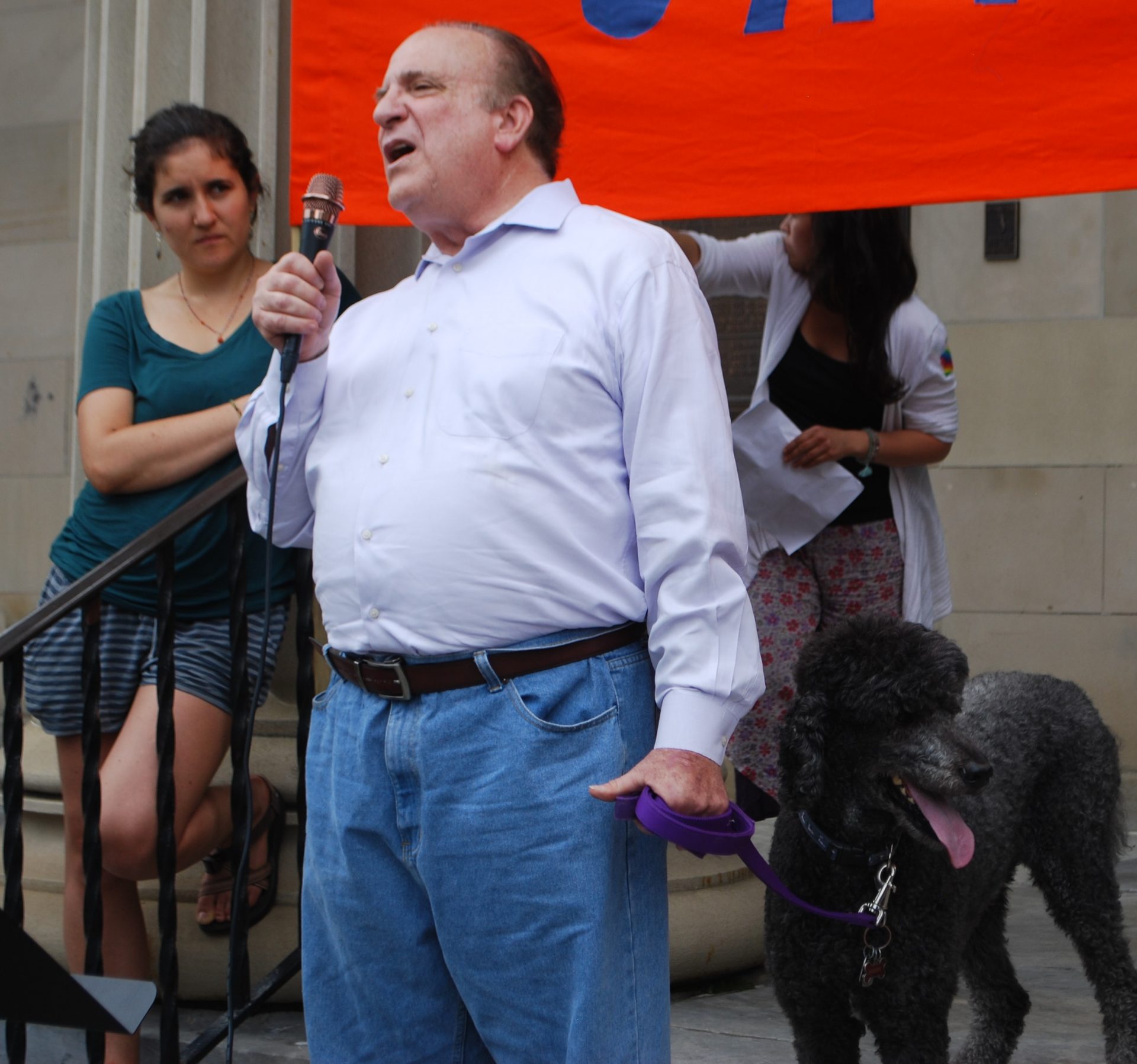 Opponents of the Mariner East pipelines urged Pennsylvania Gov. Tom Wolf and the Public Utility Commission on Saturday to permanently shut down the troubled project, extending a current halt in one Chester County township to the entire 350-mile line.

About 150 people rallied outside Chester County Courthouse in West Chester five days before the PUC is expected to decide whether to uphold a judge’s ruling to suspend construction of the Mariner East 2 and 2X lines in West Whiteland Township, as well as to halt operation of the existing Mariner East 1 pipeline in the same location.

The protest seized on the May 24 ruling by Administrative Law Judge Elizabeth Barnes to urge the authorities to shutter Sunoco’s multibillion-dollar project, which critics say threatens public safety, environmental quality and property rights.

And they said a water contractor’s strike on the buried Mariner East 2 line near an elementary school in Delaware County last month is the latest evidence that Sunoco is building the pipeline with little regard for regulation or safety.

Authorities confirmed last week that an excavator scraped the line some three feet above the depth that Sunoco had told the contractor, according to PA OneCall, a nonprofit that informs contractors about existing underground infrastructure.

“They have now been confronted with a new crisis,” said state Sen. Andy Dinniman, a Chester County Democrat who is an outspoken opponent of the project. “If Sunoco told them nine feet and they hit a pipe, that means the whole OneCall system is potentially compromised, which is an inherent danger to everyone including the workers of these other companies.”

Dinniman said the pipeline strike makes it more likely that the PUC, which is responsible for pipeline safety in Pennsylvania, will uphold at least some of Judge Barnes’s order granting his emergency petition for construction to be halted until officials confirm the line’s safety in the township.

“I think it makes it very difficult for them to totally rule against me,” he said in an interview during the rally. “It’s a moment of truth for the five commissioners of the PUC.”

He said the pipeline may now have to be rerouted away from geologically unstable areas like West Whiteland Township, and from dozens of schools across the state that are within what critics call the “blast zone” in the event of a leak of highly explosive natural gas liquids.

Protests against the project grew last week when commissioners in Chester County wrote an open letter to Sunoco accusing it of an “appalling” failure to share information about pipeline risks and emergency planning with communities where the pipeline is being built.

Sunoco, which last week acknowledged the pipeline strike, did not respond over the weekend to a request for comment on the rally. Sunoco said the pipe was “scratched” but not damaged.

The company, a unit of Energy Transfer Partners, strongly protested the Barnes ruling, saying it created a “dangerous and unlawful precedent” based on hearsay and speculation, and urged the PUC to overturn it. It says the pipeline project meets or exceeds state and federal regulations.

Although Mariner East 2 is nearing completion – Sunoco says construction is more than 90 percent done, and that the line will begin operating by the end of September – many protestors at Saturday’s event continued to call for a permanent shutdown.

Bibianna Dussling, a member of the Middletown Coalition for Community Safety, said Gov. Wolf has the authority to withdraw permits on the grounds of dozens of environmental violations that have been issued by state regulators since construction began in February 2017, and after the $12.6 million fine issued by the Department of Environmental Protection for what it called Sunoco’s “egregious” violations.

Dussling argued that the PUC, which represents the federal Pipeline and Hazardous Materials Safety Administration in Pennsylvania, can also stop the project.

“They have shown themselves to be reckless and egregious,” Dussling said, referring to Sunoco. “They have broken the law several times, they have violated these permits. It could be easily shown that they cannot be allowed to complete this because of their own conduct. For us, the primary goal is to shut down Mariner East.”

But the campaigners are also working with lawmakers like Dinniman to call for tighter regulation on future pipeline projects, she said.

“We are very well aware that the industry has a number of other projects lined up that they would love to shove through and we want to close those loopholes, but we also have to stop this,” she said.

Sam Rubin of Food & Water Watch, an activist group that organized the West Chester event, rejected the idea that critics’ energies would be better spent calling for tighter pipeline regulation than for a complete shutdown of a project that is almost finished.

He said the campaign for a shutdown was justified most recently by the Delaware County pipeline strike, which could have resulted in a catastrophic explosion near an elementary school if the line had been operational at the time.

“What this community is interested in is safety for the families that live along the pipeline route,” Rubin said.

Chris Dietrich, a masked protester waving two lengths of black plastic pipe and wearing a placard saying “Divest From Death,” accused state officials of not listening to public safety concerns over the pipeline.

“We’d like to get the state of Pennsylvania to really crack down on Sunoco and hold them accountable,” said Dietrich, a resident of Media in Delaware County. “Sunoco continues to pollute the environment and spill their drilling fluids all over the place, and they need to shut it down every time they do that.”