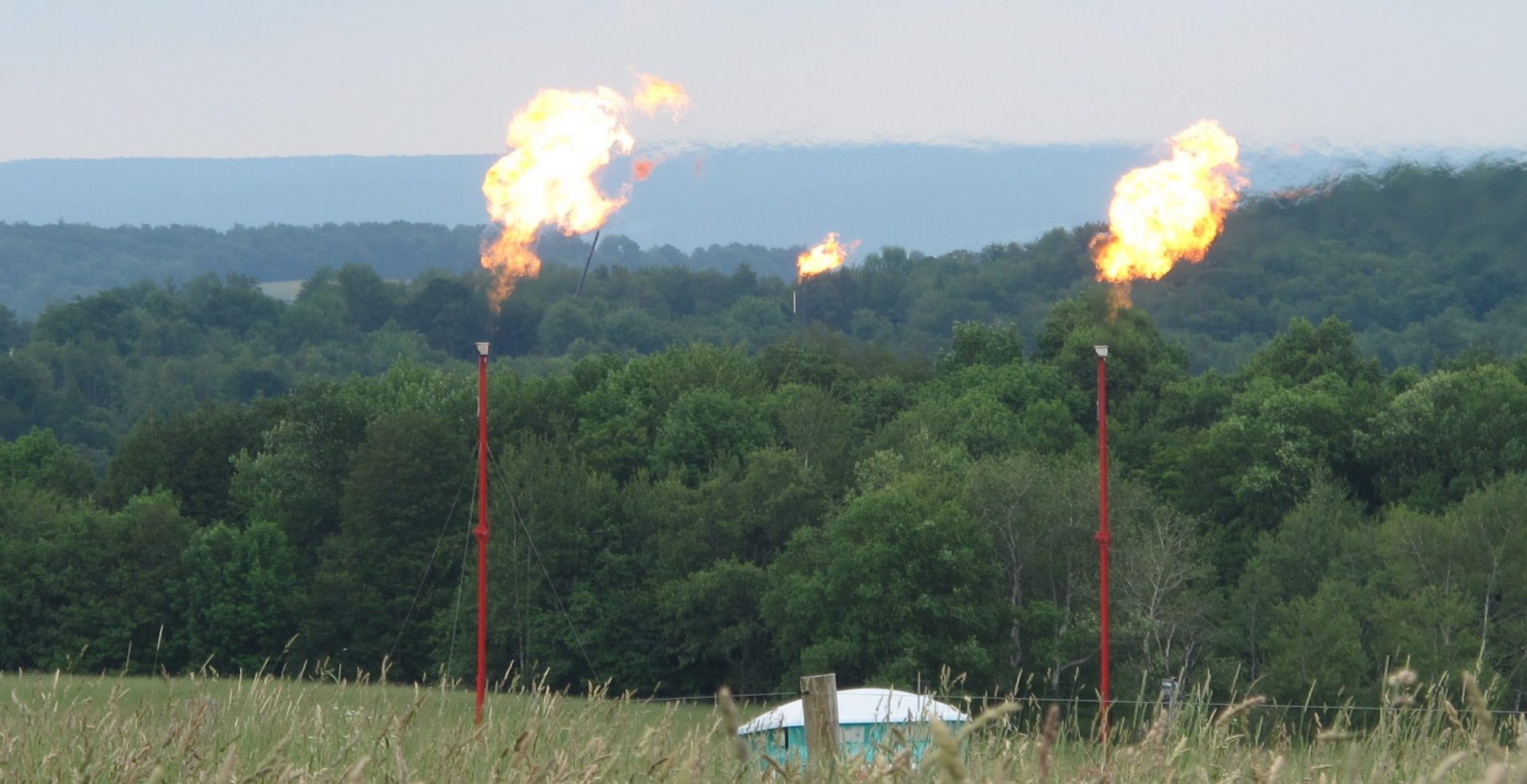 In January 2016, Gov. Tom Wolf — flanked by his two top environmental advisors — said in a Facebook Live event that Pennsylvania would crack down on climate-damaging methane emissions from the oil and gas industry.

Two and half years later, his administration won’t say when it plans to propose those new regulations.

Methane is the main component of natural gas. Compared to carbon dioxide, it’s much more potent as a climate-warming greenhouse gas, although it stays in the planet’s atmosphere for a shorter time period. It leaks throughout the process, from drilling to storage to transportation.

On Thursday, the state Department of Environmental Protection released new general permits, aimed at controlling emissions from new sources. However, the agency has yet to follow up on plans to regulate emissions from Pennsylvania’s thousands of existing wells.

In a webinar Friday to discuss the permits, George Hartenstein, Deputy Secretary for Waste, Air, Radiation, and Remediation dodged a reporter’s question about when the agency would propose regulations for existing infrastructure.

“DEP will continue to collect information from stakeholders and examine how to establish appropriate emission control requirements for existing sources,” he said. “There is no specific timeline.”

In response to follow-up questions from StateImpact Pennsylvania, DEP spokesman Neil Shader said the department still has to fully research the methane emissions from oil and gas sources in Pennsylvania. “This review is highly technical in nature, requiring detailed analysis by staff in DEP’s Bureau of Air Quality, which was also responsible for development of the permits for new sources,” he wrote in email.

Robert Routh, a staff attorney with the Clean Air Council, said he’s heard from the governor’s office the new regulations could be coming later this year.

“We intend to encourage them and work with them to stick to that. Existing sources are what’s polluting Pennsylvania’s air today,” Routh said. “The new general permits for new sources — those are a step in the right direction. The governor and DEP should be applauded for that.”

Back when the methane announcement was made, Wolf’s then-DEP secretary, John Quigley, expected the new regulations would be proposed by early-to-mid 2017.

“We’re looking at the second half of this year [2016] as having new general permits in place,” Quigley said. “And then, over the course of the next year or 18 months, we will complete the regulatory language to apply those new standards to existing sources. The goal here to cover not only new sources, but also existing sources. We want to have a comprehensive program.”

Discussion of the timeline occurs approximately 8 minutes into video:

A few months later, Quigley was fired by Wolf after he sent an angry email to environmental groups.

“It has been a long time coming for the permits to be finalized,” Routh said. “It is very good news they are finalized. I’d expect an existing source rule to be time-consuming as well. That’s why it’s important to move expeditiously.”

The most recent data show overall methane emissions from shale gas industry rising, while other air pollutants are falling. The DEP says the methane increase is mostly due to the growth in the number of facilities filing reports, while the average emissions per facility is staying relatively level.

This story has been updated with a comment from DEP.