Proposed bill takes ‘principled position’: By 2050, Pennsylvania should use only renewable energy 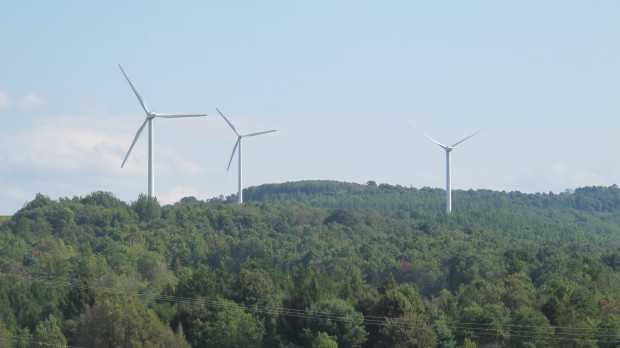 A bipartisan group of state legislators want Pennsylvania to aim for 100 percent renewable energy by the middle of this century.

Identical bills introduced in the House and Senate would create a new task force and a center for clean energy excellence, with the goal of having all of Pennsylvania’s needs met by renewable energy by the year 2050. The aim is to avert the worst effects of climate change.

David Masur of the advocacy group PennEnvironment is backing measure, but he acknowledges it’s unlikely to pass the GOP-led legislature anytime soon.

“I don’t think the proposal will get done this session,” he said. “But every great social change movement, to tackle any major problem, has been when someone takes the principled position and starts that conversation.”

Spokespeople for the House and Senate Republican caucuses did not respond to requests for comment on the bills.

At a news conference Wednesday, Rep. Christopher Rabb (D- Philadelphia) said Pennsylvania has a moral responsibility to address global warming. He is the prime sponsor of the House bill, which includes 32 other Democratic co-sponsors and one Republican.

“The vast majority of scientists agree: climate change is real. And you don’t have to be a scientist to notice its effects,” Rabb said. “We’ve seen so many weather extremes in recent years, including hurricanes Katrina, Sandy, Harvey, Irma and Maria. Those last three all happened just last year.”

Sen. Charles McIlhinney (R-Bucks), who is retiring this year, is the prime sponsor in the Senate. His measure has nine Democratic cosponsors and three Republicans.

“Clean, renewable energy holds the key to promoting a healthier environment, a stronger economy and a brighter future for future generations,” McIlhinney said in a statement. “The first steps in that process are developing a workable, realistic plan to transition to 100 percent renewable energy sources and ensuring our workforce is prepared to face the challenges of the new energy economy.”

J.J. Abbott, a spokesman for Governor Tom Wolf, a Democrat, said the governor will review the legislation and is “committed to reducing Pennsylvania’s emissions.” Wolf, who is running for reelection this year, has been criticized by some environmental groups for failing to speak forcefully about the threat of climate change.

Pennsylvania already has a clean energy goal — by 2021, utilities are required to purchase 8 percent of their power from renewable sources. That law, known as the Alternative Energy Portfolio Standard, passed in 2004. At the time, it was a national model. However, since then, many other states have set much higher clean energy targets.

A Franklin & Marshall College/StateImpact Pennsylvania poll published last month found a majority of Pennsylvania voters agree with the scientific consensus that climate change is causing problems right now, and more than two-thirds say the state should be doing more to address it.