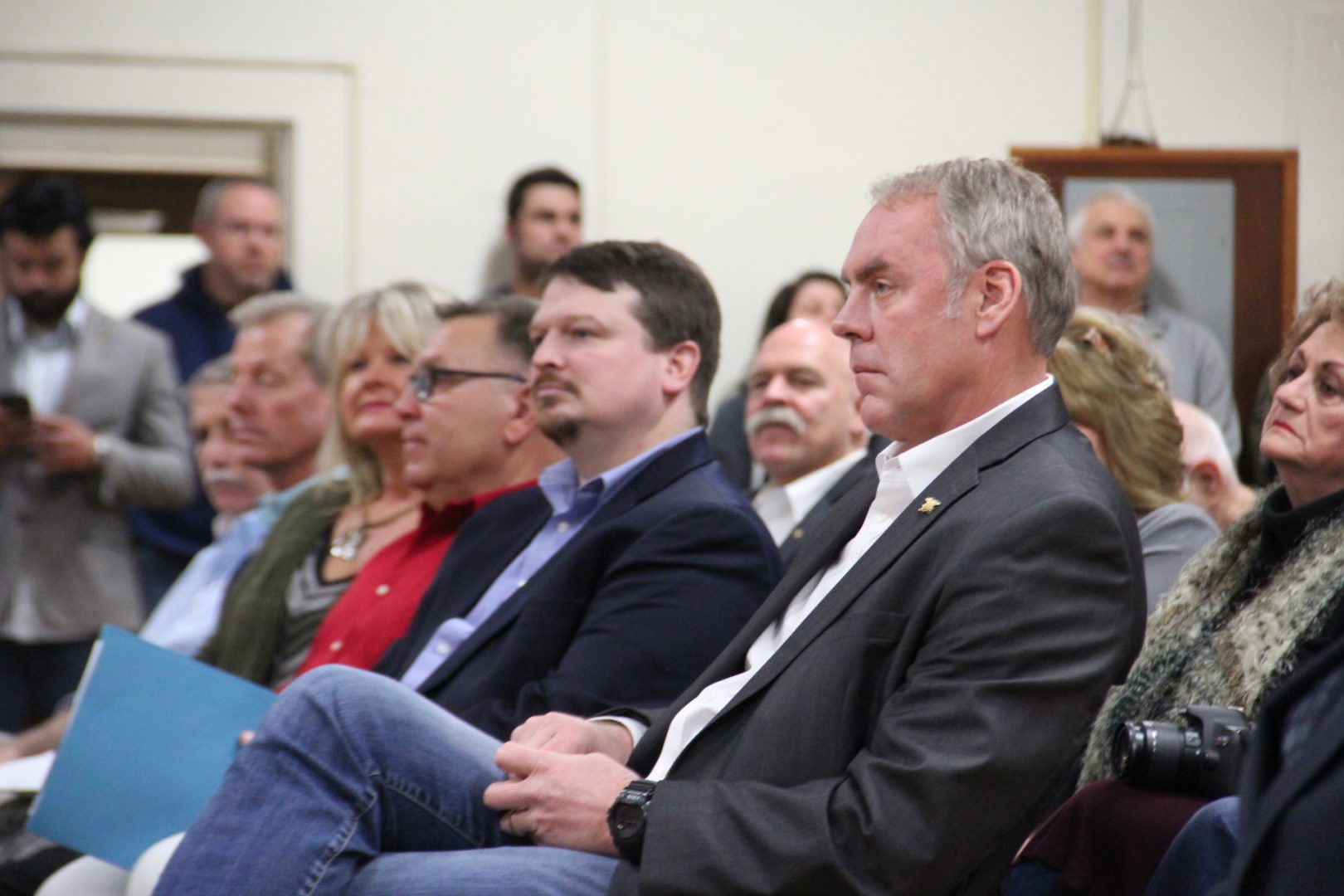 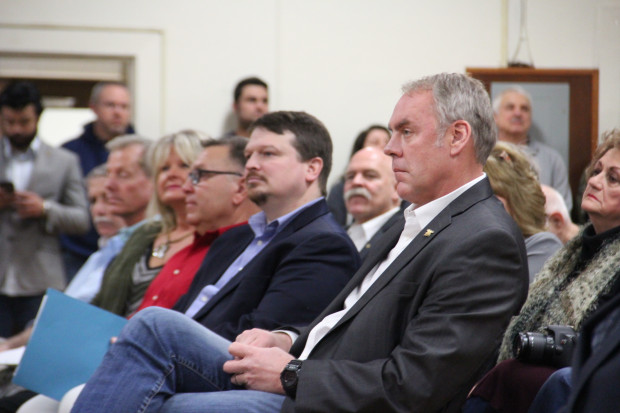 Zinke came to East Bethlehem Township, Washington County, to announce $300 million in federal funds for abandoned mine lands throughout the country. The town is home to Black Dog Hollow, a 100-foot tall pile of waste coal — basically coal and rock that was discarded by the Clyde Mine, which closed 30 years ago.

Nothing grows on the 45-acre site, which is eroding into nearby streams, and sheds acid runoff when it rains.

“We have people that live in close proximity to the dump, one house is within 100 feet of it,” said Maryann Kubacki, secretary for East Bethlehem Township. “People have had to suffer with this for many years.”

Kubacki calls it an “attractive nuisance”: it attracts people to pursue dangerous activities there.

“We have ATVs riding there, a lot of trespassing. Of course it’s unsecured. There are many entrances and exits to the dump, so we’ve had a lot of complaints. And we’ve had people get hurt there,” Kubacki said. One ATV rider had to be life-flighted from the site, she said. 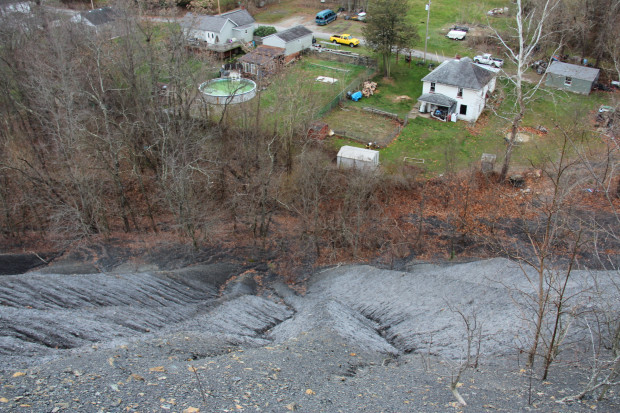 So it’s good news for Kubacki that the Pennsylvania Department of Environmental Protection will use funds from the federal Abandoned Mine Lands Fund to clean up Black Dog Hollow. The program is funding by a per-ton fee on coal mined in the U.S. It was created by Congress in 1977 to deal with thousands of abandoned mines throughout the country.

About a third of those sites are in Pennsylvania, many of them piles like Black Dog Hollow.

So East Bethlehem was a fitting place for Zinke to come to announce this year’s funding.

In a ceremony inside the town fire hall, Zinke told the crowd of local and state officials, and nearby residents, that Pennsylvania was still ripe for coal mining,

“Here, there’s economic opportunity, and we can do it right, but we also have to learn from the past,” Zinke said.

With $6 million in federal funding, the DEP will grade Black Dog Hollow, and treat the acidic topsoil so that plants will grow on it. No date has been set for construction to begin.

“Probably between 12 months and 18 months, we’re going to see grass on the hill, and in 5 years, we’ll see trees, so that’s positive,” Zinke said.

John Stefanko of the Pennsylvania DEP said that all told, the state’s abandoned mines would cost $15 billion dollars to clean up.

“We still have about 180,000 acres that yet need to be reclaimed and we still have over 5,000 miles of streams that have been polluted or impacted by past mining,” Stefanko said.

At current funding levels, the state can manage reclaiming about 700 acres a year. It will be many, many decades before the state cleans them all up, Stefanko said.

“One of the things we are finding is we are continuing to find more sites,” he said. “As urban sprawl (happens), there’s sites that we did not inventory in the past that come up.”

Stefanko said “it’s really hard to predict” when the sites will be cleaned up, “but it definitely will not be in my lifetime.”