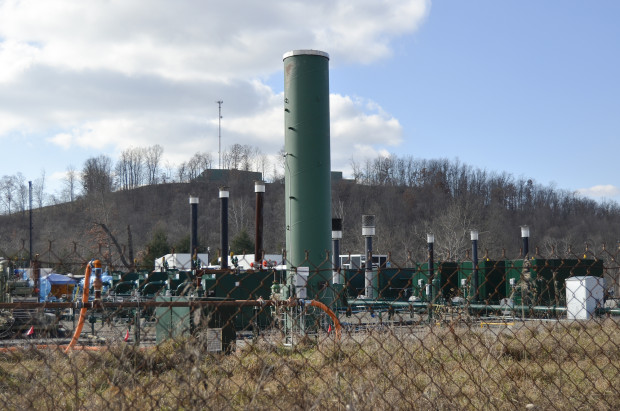 As lawmakers hash out differences between the tax bills in front of Congress, they must decide whether to keep a proposed tax break for oil and gas investors — and just how big the reduction should be.

Both the House and Senate versions cut the tax rate for owners of oil and gas companies that operate as publicly traded partnerships. These companies, such as Shell and Energy Transfer Partners operating in Pennsylvania, span many aspects of the industry, from drillers to pipeline operators to gas processors and oil refiners.

Publicly traded partnerships don’t pay corporate income taxes, so lawmakers have to decide how to tax the income they pass through to their owners.

What’s in the tax proposals?

Right now, those owners pay a 39.6 percent income tax rate. The House bill drops the rate to 25 percent, and the Senate bill to 29.65 percent.

The Senate’s proposal is raising a few eyebrows.

It originally excluded these oil and gas companies from taking full advantage of the reduced tax rate, said Steve Rosenthal, a senior fellow at the Tax Policy Center, a nonpartisan Washington-based think tank.

The measure placed restrictions on the amount of income that qualifies for the lesser tax, based on the size of a company’s workforce and the wages it pays.

Those restrictions didn’t survive. The Senate approved an amendment from Sen. John Cornyn, R-Texas, offering an exception for the pass-through entities and allowing all their income to benefit from the 29.65 percent rate.

If that provision sticks in the compromise between House and Senate, the government would collect $700 million less in revenue over the next 10 years, according to an estimate from the congressional Joint Committee on Taxation.

Because both the House and Senate versions offer tax relief for pass-through entities, Rosenthal said it’s fairly certain some sort of relief will make it into the final version.

“But the rates for pass-through income, as well as the scope of what income can qualify, it’s still up for negotiation,” he said.

If Congress passes the cuts into law, Rosenthal said he expects more natural resource companies to operate as publicly traded partnerships to take advantage of the reduced rates.

How are groups reacting to the proposed cuts?

The oil and gas industry is enthusiastic about the cuts while environmentalists complain that the fossil fuel industry should not receive more of what they consider subsidies.

The Natural Resources Defense Council claims oil and gas companies already receive $8 billion annually in tax benefits, according to a 2012 study it conducted with the Center for American Progress.

“It’s a sorry day for the country,” NRDC President Rhea Suh said in a statement. “This blows out the debt to enrich those who least need it — and leaves our kids to pay the price.”

“I think this whole pass (through) regime is a disaster,” he said. “It adds inordinate amounts of complexity to our tax code, we’ll lose a sizeable amount of revenue, and its overall business objective to me is somewhat unclear.”

The American Petroleum Council, however, praised the Senate’s bill.

API President and CEO Jack Gerard said in a statement that it ensures the United States continues to be a world leader in energy.

“Congress is poised for the first time in over 30 years to update our nation’s tax code with pro-growth, pro-development reforms that can grow the U.S. economy, spur new investment, and create jobs,” he said.

API offered similar praise for the version the House passed in November, saying it too would create jobs and strengthen the economy.

Severance tax could be close, but it doesn't mean what it used to